Hell yes, teens have a voice on choice!

C-Money and this bitch were reading The St. Louis American last night. There was a story on the front page about teens who lobbied to save sex education and this bitch was too thrilled!

Hats off to all the teens who participated! Amazing! A bitch is beyond inspired.

Sadly, these teens where down in Jefferson City to lobby against House Bill 1075, which was proposed by none other than Representative Cynthia Davis.

HB1075 is another attempt by Representative Davis and her cronies to gut funding for sex education in Missouri. Apparently, Representative Davis didn’t have time to meet with the group of future voters who took the time to visit Jefferson City during Spring Break. Somehow she did find time to chat with the Kansas City Star about the 'overly permissive society' we have here in Missouri. A bitch is pretty sure the young adults who were unable to meet with Rep. Davis would have loved to give her their perspective on that topic.

O’Fallon must be so proud. 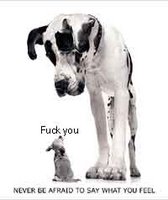 These young adults should be applauded and those of us who have the vote should be truly challenged.

And feel free to drop Representative Cynthia Davis a line and share your thoughts on her refusal to meet with a group of young adults and explain herself to the very population she has had the audacity to pretend to speak for.

Tell her that the Show-Me state isn’t gonna fall for that bullshit!

And a bitch strongly encourages everyone to take a moment and applaud the lobbying efforts of Teen Advocates for Sexual Health (TASH), Boys2Men and Girls2 Women (affiliates of Planned Parenthood of the St. Louis Region).

This fantabulous effort should be acknowledged, applauded and supported through the magnificent power of the ballot!

Know your state Representative and Senator, their phone number and their e-mail address. These people work for you and need to do the people's work while in office...not pander to some loud assed conservative throw backs.

Thanks for posting on this Shark-Fu. And I can tell y'all from experience that when you call or e-mail, passionately but respectfully, it really does have an impact. If you live in the district or the state, put your address. Our rep is great and always, always gets back to us. That's why we vote for her.

Hey ABB...what I like is that Missouri accepts the fact that children get married (Section A. Section 170.015) (in fact, if they want to have sex, "It's th eonly way"), but refuses to teach them about responsible non-marital, sexual relationships. Very very very strange.

Why is this state so fucking stupid?

There is something seriously wrong with many members of the Missouri House. First of all, they are not a pretty bunch. I could get past that - if they had any sense, but this is has been one WHACKED session. Theocracy run mad! Our rep doesn’t return my emails, and can’t seem to remove me from his GOP love-fest email list. I’m just thankful that my state senator is good Democrat that can return phone calls and respond to email. Too bad the state senator isn’t the one that needs to listen! -J

AAB - help! Calling all cars! John posted something so wrong about Cynthia McKinney over at America Blog I'm trying to set him straight.

I has written the most wrong thing about her!

come one come all over to www.americablog.org

kids are always more proactive than adults. i wish they also had more of a voice... often times theirs makes far, far more sense.

I like your thoughts and your site. Hit me back so I can bookmark you.

You know, a Princess agrees with a Bitch, for the most part. Rep. Davis is talking a lot of shite on the basis of what she THINKS the public wants to hear. The reality of the situation is, kids are going to do what they do. It's the way it's always been, right? The problem is, most of our youth has a very non-chalant attitude toward government and politics. And why not, when your biggest decision is which keg party to attend over Spring Break? It's a rite of passage, no? But, on the flipside, the choices they make as teens today will affect them when they get to be my *cough* age *cough* (30 something). Admittedly, I am far more proactive now than I was as a teen. It is important to mentor our kids with regard to politics, lest one of GW's hellspawn get into office on the Versace Ticket. Lawd have mercy.

Twins in office. And not very fashionable fashionistas at that.

i live on the kansas side of kc, and i hear that the public schools may soon be forced to show disgusting fetus propaganda to the students. last year i lived in wichita and the republicans drove trucks around with those billboards on them, with the logo at the top: kerry[skull&bones]edwards. i thought that was heinous. now they want to do it in public middle schools. have you heard of this?

Anyone happen to notice on Cynthia Davis' bio she states married for nearly 24 years, but has a son who is 24 years old?