I stepped away from this blog last week because I found this space…a space I created…unsettling.

This has happened before…

…and it will happen again.

Knowing that it will happen again is what gave me pause and prompted my inner work.

A dear friend has often said that people of color need our own online spaces because wide-open dialogue too often becomes a Q&A session that makes a body feel like an exhibit on display.

But I’ve got to tell ya…open dialogue is emotionally grueling and a little over a week ago it just became too much.

I could have blogged last week.

But I honestly think I had crossed over from anger into rage, which isn’t what this blog is about.

So I stepped away and spent the week pondering whether my voice matters…whether this blog is worth it…and whether it is time to shut the school of bitchitude down and move on to whatever the future has lined up next.

I decided to keep blogging here and to give myself permission to step away when I feel the need.

I know that the unsettled feeling is part of the struggle.

But that doesn’t make it easy.

There is no way in HELL that dog loved being in a carrier on top of the family car!

I’m busy working on an article that is giving me fits, but I read this headline - Dog Seamus 'Loved' Trips Atop Family Car, Says Ann Romney – and I just had to respond.

The Romney camp has been deflecting attacks on how out-of-touch he is with the lives of regular hard working Americans. I’ve read about Mitt’s tax rate, his wife’s love of dressage (think rich people bullshit and add expensive as hell to it), and how he’s friends with folks who own professional sports teams.

Don’t get me wrong – I think it is important to question whether those who draft social policy have an intimate knowledge of how that policy impacts the lives of the 99%. Hell, if I had my way candidates would have to answer questions about whether they have ever had debt or had to float a bill to eat or feed a child.

I get how highlighting Mitt’s life of wealth, milk, and honey demonstrates why he’s going to have to study regular folk before he could even begin to consider how to represent our wishes in office…

…but it seems to me that the best example of how out-of-touch the Romney’s are is that they put their family dog on top of their car and took off for a road trip and Ann Romney thinks the dog LOVED that shit.

I feel the need to speak up for Seamus the dog here - there is no way in HELL that dog loved being in a carrier on top of the family car!

Shit, they have tons of children...why didn't they put the dawg on a lap or two in the backseat?

If Seamus were around to tell his side of the story he’d likely dispute the notion that he got the shits that day from eating turkey off the counter.

Dawgs don't shit themselves out of joy...that poor dawg got the shits from sheer terror!

Heaven to hell and back again, this freakish attempt to spin putting a family pet on top of a car and freaking it out until the poor dear shat itself as giving the dawg the ride of his life has GOT to be the most solid evidence that Team Romney is bent and unfit to lead that I’ve heard yet!

Trust me, if the Romney’s think Seamus “loved” shitting himself in terror on top of the family car how the hell will they interpret our responses to policy?

I’m wrapping up an article so bitchitude is on hold until this evening!

A matter of degree?

I have to confess to taking a step away from the internets over the weekend. Once word came down that there was a shooting spree in Tulsa, Oklahoma…and information was released that all five victims are black…well, I found myself in need of a break.

Now…well, now I find myself pondering whether the difference between what happened in Tulsa over the weekend and the murder of Trayvon Martin isn’t just a matter of degree.

Catch thy knee – you know that I know that you know and I know that we don’t have a motive in the Tulsa shootings. We do have racist Facebook postings…but white people who post about [insert “N” word here] are exempt from racial profiling so we shall not draw any conclusions from that shit.

Tis okay…the lack of motive actually factors into my pondering.

There is a noticeable difference between how new anchors deliver news on the Trayvon Martin murder and how they speak about the shootings in Tulsa.

A change in tone…from uncertainty to concern…from confusion to that comfortable mental space Americans have developed to store easily confirmed wrongs.

I can't help thinking that…can’t help pondering the quizzical…what if this is all just a matter of degree?

What if the Tulsa shooters had planned to use Oklahoma's Stand Your Ground law?

What if they then claimed they were afraid?

So, what if the Tulsa shooters claim fear…if the one who lost his father at the hands of a black man lifts that up as an example of why he feared then killed…

…isn’t it just a matter of degree?

I find no comfort in this quizzical.

Because if the reason Tulsa is outraged while Sanford sleeps well at night resides within a matter of degree…if that’s true, then the racism has metastasized and we are farther from the cure than I thought. 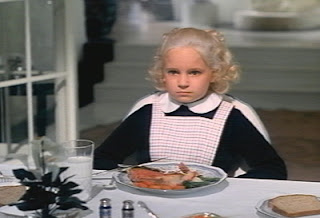 For Anna Brown, who died on the floor of a police cell…

Confession - I’ve been struggling with feelings of disgust, frustration, and rage.

And no, this rage is not the same as my daily indulgence of anger.

For every public display of wretchedness…there is often an answering demonstration of decency.

Usually that helps me stay balanced.

Lately, I’ve been struggling against hate and losing the hell out of the battle.

The rage comes when I see a news update on the model from Texas who lost her eye and hand in a freak plane accident…and the news anchors offer up those soothing sounds and enthusiastic statements about her recovery…and when the rage eases it is replaced by hate.

Hate because a woman in my home town was arrested for refusing to leave St. Mary’s hospital…and she died in a cell from the condition that hospital neglected to identify or refused to treat due to her being a poor black woman living in this rich white man’s world…and Good Morning America could give a shit about her…most people could give a shit about her…but I can’t stop mourning Anna Brown any more than I can stop the rage or the feelings of hate that replace it.

Anna Brown was a mother.

But it is a given that we all give a shit about Lauren Scruggs...and I want to be the type of person who does too…but instead I’m sitting here struggling not to hate her for being lovable, worthy or care and concern.

Anna Brown died alone…writhing in agony…on the floor of a police cell.

Until then, I’ll be doing a lot of inner work and struggling against hate.

Anna Brown was someone's everything.