Some thoughts about “race” in the race to be Mayor…

The dust has barely settled from the 2012 election season and St. Louis city is already gearing up for another hotly contested bid for political power.  Mayor Francis Slay will face St. Louis Board of Alderman President Lewis Reed in the 2013 primary. Former Alderman Jimmie Matthews is also running.

Longtime readers know that I rarely write about city politics. I’m making an exception because my last nerve is already being worked.

I caught the news coverage of candidates filing to run for Mayor and was struck by a comment made by the incumbent, Mayor Slay.

"I am concerned that my opponent will play the race card and otherwise be divisive in this campaign," Slay said. "I never have and I won't be involved in that kind of effort."

And yes, water is still wet.

Nothing works my nerve like someone injecting race into politics through use of the term “race card”.

I can’t stand it…hate it…wish it go away and take the foundation of dismissing racism it rests on with it.

St. Louis is a city with a long history of racial tension. I love this city, but it is what it is…and trying to ignore reality is a big part of why that reality hasn’t changed.

Now, you know and I know that you know that I know there isn’t any way in hell this campaign is going to go forth without race being an issue.  Mayor Slay basically guaranteed that race would be front and center with his nifty little passive aggressive “race card” comment.

The goal of most “race card” comments is to box a person of color into a corner…get them to either not address race at all or to address it defensively which tends to turn off white voters who fear black politicians are incapable of representing anyone other than black people.

I’m betting some minion weighed the risk of turning off black voters by implying that we respond like dogs to a whistle when any candidate of color throws down the mythical “race card” and decided Slay’s campaign could take the percentage hit.

Mayor Slay might as well have announced “in case you missed it, Lewis Reed is black…blackety, black, BLACK!” dropped the mic and then skipped back to his office.

And that takes me back to St. Louis city and our long history of racial tension.

Slay’s comment actually acknowledges that history…his bait about the “race card” requires the existence of racial tension or it wouldn’t make a lick of sense.

I suppose manipulating the electorate based on racial tension is far easier than being a catalyst for change.

Anyhoo, I seriously doubt Slay is going to hold office by trying to define the President of the St. Louis Board of Alderman as a mere race candidate.

Could this have been a verbal malfunction?

Maybe he was trying to say that he was concerned his opponent is going to play the “Rex card”!

I’m totally down with a nice multi-month discussion of why so many St. Louis city politicians are BFFs with a fabillionare who wields more power than any one man should and who thinks public schools were designed by the KKK to hold black students back!

Oh wait…my bad…that discussion would require acknowledging and talking about the “money card”.

I do love this city…I do!

Tis out of love that I call bullshit on the “race card” comment and suggest all candidates for Mayor talk about the serious issues on the table and in need of discussing.

We can’t let Kansas City’s most recent mayoral race show us up, now can we?

If we’re going to have a CIA then I want a real CIA with a Director who is all creepy and full of secrets.  You know, the kind of person who has his assistant burn all documents related to all manner of shit 15 minutes after his death.

I want a CIA Director who could look me in the eye and tell me in French that he’s a small 20-year-old Russian woman and have my ass buying that shit without pause!

At a minimum, I expect a CIA Director who has the skills to pull off an affair without it blowing up through basic fuck ups that make this whole mess look like a segment of a Maury "Cheaters Revealed!" show.

Petraeus failed at basic Charles Kuralt shit, people!  That man had two families for damn near 30 years and that secret held until his death.

Anyhoo, I agree that the media needs to cease the sex policing bullshit.

But in this case, a resignation + unsanctified man-on-woman sex + General Allen + shirtless FBI agent + classified shit found on a computer scandal revealed that a certain former CIA Director had a deficiency of covert skills that one should not accept from the head of all things covert and shadow government-based.

One more thing...Scott Glenn totally has to play the General in the movie…just sayin! 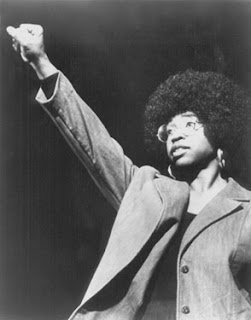 And then we voted... 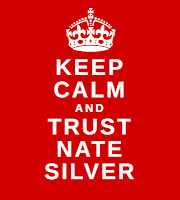 And then we voted.

This is my favorite time of year.

I love how the leaves change colors…the crisp chill in the air…and the fact that political advertising comes to an end after tomorrow!

Longtime readers know that I have taught voter education classes at area shelters for years.  I was too busy with work and more work and some personal family business to teach the classes this year.  Thankfully, other volunteers stepped up and did a fantabulous job!

Teaching voter education is a joy.  Teaching it to women who are extremely vulnerable to the games politicians like to play is an honor.

My favorite part of voter education classes is walking students through what each section of government is supposed to do.  I’m forever amazed at how many folk don’t know the power held by state assemblies.  I can tell you that, when it comes to shit going on under the dome, what you don’t know will bite you in the ass and not let go.

On Election Day four years ago, I had just voted and was in line at a local coffee shop to score some mocha flavored yumminess before heading to work.  I was so focused on the menu above the register that I didn’t realize the barista was a former student until she said my name.  I remembered her instantly.  She had been slow to warm up to the voter education class, but she was hooked once she realized that she could call her Alderwoman and actually get a call back.  By the time the session ended, she was registered to vote and organizing a letter writing campaign to protest proposed cuts to Medicaid funding.

And there she was a few years later, proudly announcing that she already voted.

I never asked who she voted for…I make it a rule to not mix spin into my classes.

Instead, I trust in a bit of truth my Grandmother once told me....

When someone puts a wolf in charge of guarding the chickens, they either don’t know shit about wolves or they hate chickens.