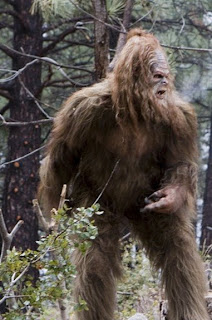 Donald Trump is fixin to address a joint session of Congress tonight.

This comes after he fed the political press with distractitude about how President Obama is behind leaks and recent protests at congressional town halls.

It’s been clear from jump that myth of Trump The Fighter requires an active enemy at all times. He’s settled on the press for now…but the clock is ticking on his relationship with Congress, and that’s why this speech is important. Some may say that Trump has a lot riding on his relationship with Congress…on keeping members onboard and such…but I think Congress has more at stake here.

After a week of hearing from the masses at town hall, members are now weighing the pluses and minuses of being on Team Trump against the potential political payback.

Either way, the odds of Trump getting through this speech without letting his inner Yeti out are slim to none.

Let’s jump on in!

Pre-speech happiness…
Now, more than ever, it is important to prioritize happiness and joy in life. Even as we resist, we’ve got to season each day with healthy doses of what we’re fighting for. I’m in this for justice…for the human right to live in communities free of oppression and violence…and for the happiness and joy that comes with that shit. 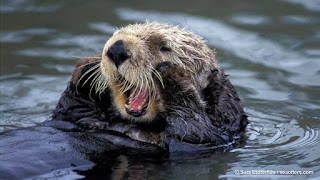 Tonight’s pre-speech happiness is all about sea otters.

They have cut faces and cuddle with each other and there are tons of pictures and videos of them being happy and doing happy things online. I plan to indulge in 30 minutes of otter-based happiness prior to the speech.

Okay, it’ll probably be an hour or so of otter-based happiness…because, OTTERS! 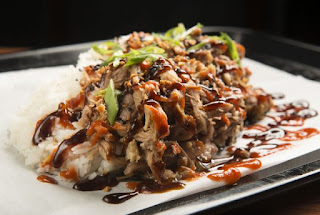 So, I’ve gotta have a vodka cran or two to compliment that…but it’s also a school night, so I’m skipping bingo and opting instead for a 1-to-1 ratio of vodka-based drinks and water.

A cookie-based bingo game would be fantabulous and wouldn’t mess me up on a school night!

Post-speech comfort and joy…
We gonna be alright…

...as long as we take care, give comfort, and get our joy on.

I find Trump’s voice and speaking style as grating as he is boorish, so I like to detox from exposure with some dawg time.

Longtime readers may not know that Betsey the sorta-beagle and Theo the Baymaster passed on awhile back. They are truly missed. 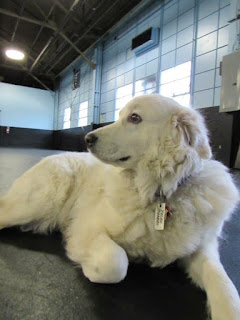 My newish canine companion is not a sorta-beagle.

I know! I went into the APA looking for two sorta-hounds from the website and came out with a large sheepdog…maybe a Kuvasz or Great Pyr mix…so not a hound.

Zelda loves to cuddle and get rubs…and I plan to wrap up the evening with some fluffy dog time followed by reading trash fiction until I pass out.

A final note…
If you’re living in the states but haven’t watched the state of the state address from your state’s governor, get to it.

Trump is fascinating and he loves attention and blah, blah, blah. But politics is local, and whatever comes out of his mouth tonight must be weighed against what came out of your governor’s mouth too.

State of the state speeches are often available online, or check out coverage in your local papers.

…and then watch another otter video to sooth your nerves.

Reviving the fine art of bitchitude…

I’ve been away from this blog for a minute, tackling all manner of offline challenges and getting a new direct action organization formed to increase access to abortion and advance reproductive justice off the ground.

Anyhoo, the last year has been one heck of a wild ride. Coming out of November, I honestly pondered putting this blog on ice...mostly because I was actually too full of rage to put my thoughts together in any coherent form.

Anger can be productive, but rage tends to make me either shut down or say, do, and/or obsess over stuff that isn’t helpful.

I've been blogging here for 12 years (gasp) and I've come to realize that this space is what it has always been…a spot for me to rant, reflect, ponder, and share. And that’s a good thing to have at my disposal now that it looks like we’re in for two to four years of absolute bullshit in the midst of the largest outbreak of no-home-training I’ve ever witnessed.

So, yeah…a bitch is back.

Let’s kick this revival off with a quick reflection.

I mean really shat the bed...shit all over the place, from state to national and some local elections…a real poo-based election result mess.

Yes, the Russians likely got their tinker/tailor/soldier/spy on.

And yes, many people decided to vent frustration with the system by voting against business as usual.

The end result is a bed full of boo…and no one can say they didn’t see that shit coming.

I’ll save my thoughts on how voters place far too much focus on national politics and need to look closer to home for answers to why stuff ain’t working the way it should for another day.

For well over a year, Donald Trump told voters and pundits and reporters and the Twitterverse who he is…over and over and over again.

Now, Trump is doing exactly what he said he would do…governing with boorish disregard for tradition, ethics, the common good or basic common sense.

This is going to be painful.


The sad reality is that real people will suffer the real consequences of this election for years to come. The rich will get richer, Russia will remain Russia, Mexico won’t pay for a wall, and far too many people will learn that they got played.

Now is the time to build bold strategies that will allow for the electorate to learn from this and never do this again.

As I see it, the purpose is to guide the masses through the current debate over who shat the bed and what message they were trying to send...help coordinate the clean-up even though some additional shitting will likely take place throughout that process…and hopefully lead folk to a point where they realize that shitting your own bed isn’t a strong tactic to send a message to a bunch of politicians who have never and will never lay down in the same bed as your ass.