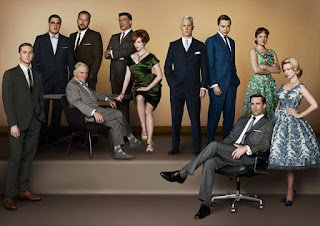 This is going to be one hell of a constitutional law week, y’all!

Yesterday the Supreme Court struck down most of Arizona’s infamous immigration law in a ruling that clarifies the already clear fact that immigration policy and enforcement is a federal responsibility.

What I find interesting is that the High Court let the most controversial portion of Arizona’s immigration law stand.

Yep, Arizona is now a “show your papers” state.

I wonder if they’ll incorporate that into tourism spots?

Arizona – Come for the sun. Stay for the racial profiling!

Anyhoo, folk do need to know that police in Arizona can ask you for proof of citizenship after they stop you for some other shit.

They can’t arrest you or detain you or deport you for being unable to prove citizenship.

And it isn’t illegal to visit  or be in Arizona if you aren’t an American…yet.

But fuck it if police in Arizona can’t ask you to prove citizenship and then frown at you and probably mumble something about how you’d best get the fuck out of the country or they’ll [insert threat they can't back up legally but that most people probably aren’t aware they can not back of legally ‘cause your average individual doesn’t dig deep into constitutional law or ponder such things when pulled over on the side of the road by a cop].

Although I woke up this morning pondering how much documentation a bitch would need to visit Arizona – check out this post for a good break down of just how confusing that quizzical is – I am now wondering what this ruling means for the America.

For all the rants from the right about state’s rights, I’ve never been comfortable with just how different rights are from state to state. We are becoming a union of little nations where you may or may not be able to do something in one state but you sure as shit can do it in another.  Sitting pretty in Illinois and asked to show papers in Arizona = bizarre.

That so many celebrate the ability to harass people based on their visual representation as “other” without the ability to enforce any legal ramifications says a lot about them…and, sadly, us.

Can we all get along?

He was found floating in his pool. Initial reports state that King likely died as a result of accidental drowning.

King was the typical victim…the average victim of police brutality, with his oh so human challenges and struggles.

King was anyone…everyone…the strong yet troubled black man straight from central casting to be beaten for 15 minutes by police in the middle of the street.

And now Rodney King is dead.

King lived a life before…before the police chase ended and police surrounded him and beat him.

Rodney King lived a life after he was assaulted…after the police were acquitted and a city went up in flames.

For some, Rodney King will always be the man writhing on the ground as police circled around him delivering blows for 15 minutes.

For others King will forever be the large black man who got what he deserved…who must have done something wrong…who then played the mystical race card to get paid.

But for me, King is anyone and everyone…a point in history where I learned the difference between a black man’s justice and the justice white men enjoy.

I see King…face swollen and bruised, lips trembling with emotion…a human being standing before the world asking whether we can all just get along.

And we answer that question…over and over again…day after day.

Can we all just get along?

Lord Stanley’s Cup and a ponder of sports coverage…

The Los Angeles Kings have won the Stanley Cup, defeating the Devils in Game 6 to win it at home.

Pause…confirm residual bitterness from that hit on Pietrangelo during their series with the Blues…continue.

Longtime readers know that I adore NHL hockey and watch even if my beloved Blues aren’t playing.  But I’ve got to tell y’all, I’ve noticed a trend in sports broadcasting that tends to piss in the Cornflakes of viewers.

Pre-game announcing that used to set the stage for games now sets a stage of “why did Team A even bother to dress for this game when Team B is going to whoop that ass and why are you even watching when anyone with a brain knows that Team A doesn’t stand a chance?”

As a viewer who isn’t a fan of either team, I was so turned off by the broadcast coverage that I almost skipped watching.

And that’s saying something, because I’m the fan who re-watches games all summer so I can keep my hockey buzz going.

This trend isn’t limited to NHL hockey, either. I’m also a tennis fan and Lawd knows John McEnroe can talk down a match better than any NHL hockey announcer ever could!  If McEnroe is calling a Nadal match you can bet your ass that you’re going to hear why [insert player here] should have stayed home in extreme detail.

I just don’t find that exciting.

Maybe its because I’m a St. Louisan…and even though I’m not a baseball fan, even I know that my hometown Cards provided a case study in how a team can exceed expectations while their on the way to winning it all.

That brings me back to the Kings…the same Kings who no one was picking to accomplish a damn thing during the first half of the season…yeah, those Kings that turned it around and made history by winning the Cup.

Kind of makes the case for broadcasters taking a break from emotional predictions of total annihilation and maybe doing some fucking analysis, doesn't it? 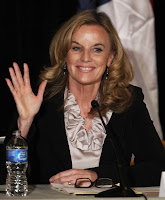