Polls and Drama - A Dream-Based Exploration...

A quick clarification…
Regarding the issue of parental involvement in sex education, this bitch is all for it. The problem is that even the most involved parent tends to fuck it up. This is perfectly understandable, since Americans tend to be rather repressed about sex in general and totally repressed when sex is connected to their spawn.

A bitch works with a population that is generationally challenged…not lazy, not apathetic and not assholic. Parents can only teach what they know and many of these parents are flying without a co-pilot on issues of contraception, protection and how to safely get your freak on.

Now, catch your knee before it jerks, Anonymouseseses.

This is not an issue of class or desire. What we fail to teach as pertains to sex education crosses all known social categories and all areas of intent…just like unplanned pregnancy, sexually transmitted diseases and exploitation. 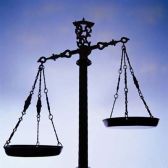 Which brings us to the real issue on the table and a bitch is all about cutting through the bullshit. We are a society that is challenged to deal with the ramifications of unplanned pregnancy, exploitation and sexually transmitted diseases.

We have a couple of options on the table. We can say fuck it…parents need to step up...maintain the status quo on sex education, which panders to the cultural right and provides no supplement for inadequate parenting/mentoring/support…and watch the cards fall where they may, which will be on us like a ton of bricks. 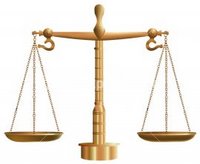 Or we can embrace our social responsibility…and a healthy portion of reality as pertains to the limited educational capabilities of your average parent and the massive appeal of hot passion-based sex…and simply educate folks on the benefits of abstinence and protection...oh, and planning your fucking parenthood.

Polls and Drama - A Dream-Based Exploration...
The following is a dream-based exploration and is in no way based on actual events...unless this is all a dream and my dreams are reality and...oh fuck it....

A bitch went to sleep with thoughts of Operation Swarmer on my mind.

Deep in the bowels of the White House the party faithful gathered. In a dimly lit room they munched on salty snacks and lamented the current Presidential poll figures. 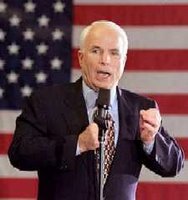 John McCain angrily kicked a chair and glared at Scooter B.

“Gawd, I hate you! All my advisors keep telling me to pander to the Republican base...so there I was at the fucking straw poll circus in Memphis pandering like a motherfucker! ‘Support the President’, ‘He was so right on everything’ and ‘Don’t vote for me vote for him to show how American you are’! Fuck! Even the base hates you. They’d rather cast their straw vote for your asshole clone, Frist!”

McCain spat on the ground and stuffed chips in his mouth.

“Jesus! How the hell did I loose the primary to you? If this keeps up we’ll have Republicans jumping parties by 2008!”

“Pass the chips, you greedy bastard, and shit the fuck up. George, the Senators are all over me on these poll numbers!” He paused and shifted uncomfortably. “Shit! Look…they want me to pat down your ass and confirm the complete lack of coattails. Christ!” He awkwardly moved forward with hands outstretched.

“You know what? Fuck this shit to hell and back!” he exclaimed. “We need a plan!”

The President (Scooter B. to this bitch) sighed heavily and cast his eyes about the room. 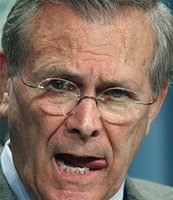 “Oh, holy shit!” Scooter B. exclaimed. “Rummy!” his attention shot to Rumsfeld, who was in the far corner folded dejectedly into a chair.

Scooter B. visibly swallowed. “Shit…fine...we’ll just bomb something! It worked for Nixon! Didn’t it? Fuck it! Tell the Joint Chiefs to blow something up over there! Pronto!” 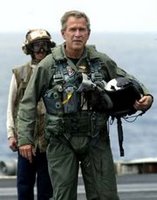 A cautious minion stepped forward…"But Master, the press will connect this to the polls! They will know that this is a wasted effort and that stability can not be reached through random bombing!”

Scooter B. stuffed more chips in his mouth and shook his head…"No, son, they won’t. Damned country is too volatile for most of those assholes to get out and see a damned thing. For all they know we’re in control!” he paused and tossed in more chips. “Yeah. Bomb Samarra and then toss in a vague domestic threat…make it against malls or…oh, I know! Make it against the NCAA Tournament! Yeah! Big Business will appreciate that…they are all bitching about the lost productivity in March! Oh, guys, it's all coming together now!”

Scooter B. jumped up and clapped his hands gleefully.

“We are so cooking with hot grease, guys!”

Frist’s gaze locked with McCain's. Softly he muttered under his breath…"We’d better start preparing for a grease fire, ‘cause this asshole's second term is officially fubar.”

I wish I had the balls to send this to my wife's right-wing Bible thumping relatives. Unfortunately, they would not get the joke. They actually think Scooter is the second coming of Christ. And people actually wonder why we do not have kids? I know the fucking gene pool!

Given the rising incidents of all types of STD’s within the queer community, it might be nice if schools provided sex education that covered many types of desires and activities.

this blog is so good it's like an antidote to conservative opinion as well as, yes, liberal elitism. don't stop!

You know John McCain must probably want to kill himself right about now. He has probably been wondering for six years now how he could have lost to such an idiot. Int he meantime Scooter is fine. I don't think he cares about the polls. In his mind he's president that's all that matters. Thoughts of being successful or unsuccessful don't even cross his mind. Someone has to tell him from time to time that things are bad. What a joke he is and what a joke this country is becoming.

I'm with you all these new laws about birth control and such is a war against all women. Because policies that hurt one of us hurt us all. I feel for every woman who has to struggle int his rediculous system because of rediculous "law makers". What the fuck is going on?! I keep thinking that I seriously have to leave this country. It is getting harder and harder with each day to just simply live ones life. These guys out there who are trying to control everyone's lives are so full of shit! I hate and I do mean hate them all. I have tried to be compassionate and think of them as truly misguided souls who need help but fuck it! Now they are messing with my life. Why is it that all these people in government think it is their right to control people's lives. Their definition of government is reaching too far. Their need to control women is out of control and what have these women done to them anyway that they have such contempt? It is interesting that they are always willing and ablet o find money for bombs but there is never any money for the things people need. Their idea that people who need help are freeloaders is sending this country down a disasterous path. Of course there are people who are freeloaders but most are not. And what about the real freeloaders, big business and the croanies who serve them. They are the ones who are a huge drain on the system. They are the ones who pay few if any taxes. They are the ones killing us all. I am pissed!!!