First, a bitch needs to clarify that mentoring is needed in all 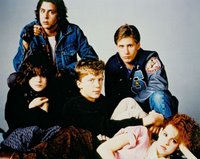 manner of households. One need only look at the recent rash of suburban homeless beatings, random incidents of baseball bat based heathen behavior in Olivette and huge drug problems (come on, why the hell else are y’all testing all those prepped out boys?) at certain St. Louis area private schools to know that drama does not discriminate on the basis of income.

Second, on the issue of folks not having 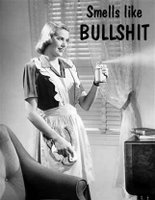 enough time to volunteer…well, that is bullshit. Sorry! Relief work and community volunteering are not the same thing. Some people are confusing not having time with having fucked up priorities and generally not giving a shit until the problem manifests itself in their living room in the form of Mitzi or Hunter’s massive and expensive meltdown at 15 or 16.

Amazing how that schedule gets clear as a motherfucker when shit hits home, huh?

And in my previous post a bitch was speaking specifically about those conservative bullshit mongers who pontificate about chil’ren, society and family-values then turn around and flee to the well guarded bastions of white flight, quietly schedule their daughter’s abortion over Spring break because it's a 'mistake' when it happens to Mitzi and vocally vote for anti-family, working people hating and small dog kicking politicians while riding a wave of sanctified marriage based bullshit that barely hides the tax cut for the rich that is the only true motivation for getting their greedy, money hungry, hypocritical asses to the polls.

Just follow the W’04 stickers home for a good hard sniff if you’re unfamiliar with the pungent odor. 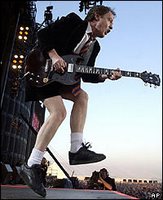 As to European schools…well, a bitch can’t speak to them. This bitch attended public school right here in the great state of Missouri! Yes, a bitch did flee…but that was more a family issue and not a problem with my education. We used to handle our shit better and we were not mirroring the European system back in the day…though a bitch is rather fond of those cute little uniforms with the shorts and the school boy hats (wink).

But fuck it…a bitch is willing to look at anything to get education back on track, my ass just thinks a strong analysis of past American successes should be lumped in with those adoring gazes being thrown across the pond.

There is so much I could write, but so little time. Regarding the "European schools" comment you mentioned. Maybe they (the schools) look fine, but they also track students early in their careers. Bomb the standardized test at age 13? Guess what? No college for you, you get tracked into a sometimes menial (as in upward mobility) position. Also, many European countries support their citizens (not just supplement and reward the already wealthy ones like we do), so more kids can get to school safely and with food in their stomachs.

I work at a large university in the Southeast and the W stickers are usually on large, expensive SUV's driven by blond Jessica Simpson wanna-be's, who are chain smoking their way to the tanning or nail parlors, not to "help" out anyone else. I mean, who has time when pedicures need to be updated?

Shoot! When one does help out or work with students of color or poor, then s/he might get called "nigger lover" (like I did a month ago).

BBBS does work with kids out in the county - and they even have a St. Charles office. I think the problem is 'west county' families admitting they need help - not as likely to happen. There so few of these families seeking the help of BBBS and other such organizations, though surely they could use them just as much as anyone else.

Americans just MUST be the best even though they ain't! They are legends in their own minds.

Our schools SUCK! Our distribution of wealth SUCKS! Our healthcare, (or lack of), SUCKS! Opportunities within the inner cities, (and now out), SUCKS!

Our standard of living, for supposedly the "richest nation" is 6th out of ten developed nations....which SUCKS!

And our school teacher pay...SUCKS! However Pay for an insurance actuary, way good!

After Katrina, no wonder the insurance industry can stick their thumb in the eye of OUR ELECTED government....yeah they got all the good people and money to pay off more!

No NEED to volunteer to "save your kids" in Europe, no need at all.

WAKE UP! Other humans have already solved some of the problems we have, but nooooo, we can't LOOK cause we have our noses stuck to high in the air!

I love you ABB and I HAVE been there and many other places for many many years.

There are 750,000 people in Europe. More than twice here and in less area. We have no excuse!

I've been thinking about volunteering for awhile. I have for most of my life but since moving to philadelphia all my attempts have been met with such unfriendliness, inepititude, and down right rudeness that I wasn't keen to try again.

But your post got me thinking, so I went cruising over the listings at idealist.org and found one for a family mentor. I will be assigned a family and will help them with budgeting, taxes, credit reports, resumes, scholarships. All those really important things that never get taught in school. Anyway, I went to the first meeting last night and was SO warmly met by the families there that I have been in a little happy buzz all morning. Thanks for prodding me into action.

Well color me corrected, this anonymous has some sense ;-)