Daylight savings is fucked up! A bitch’s system is a mess. Oh well, my ass hopes everyone remembered to check their batteries in their smoke detectors…and reset their clocks.

Okay chil’ren…tomorrow is Election Day and this bitch urges everyone to get their vote on! A bitch has been bombarded with election based mail and e-mails. As usual, this bitch is researching the topics and candidates through multiple sources. My ass is currently perusing Pub Def (who was kind enough to publish a video voter guide), the Arch City Chronicle and the St. Louis Post Dispatch and then back reference the actual mailings, web sites and so forth.

My normal…
April is Autism Awareness Month. This bitch’s older brother, Bill, is autistic, hyperactive, and aphasic . 1 in 166 chil’ren is born with autism, which is currently defined as a spectrum condition. Bill is profoundly autistic and manifests a whole lot of that spectrum on a daily basis.

Autism is a family condition. Parents, chil’ren, siblings, cousins, grandparents and so forth are impacted by the joy and concern…the frustration and the drama…the spectrum of experiences that accompanies this spectrum-based condition.

Being the youngest in my family, this bitch has always lived with autism. People often ask me if it was hard growing up with an autistic sibling and a bitch always answers that it was my normal. It took me some time to get to that point of understanding.

Someone asked several posts ago whether a bitch has faith in Gawd and the question made me think about Bill.

As a wee bitch, my ass believed that Gawd answered the prayers of good people. Be good…be perfect in the Devine One’s eyes…and your prayers would be answered. What a deal! So, a bitch prayed every single day that my brother Bill wake up normal. This was not a malicious prayer. A bitch witnessed him struggle with language, potty training, control and basically everything. My ass just wanted him to be ‘normal’. Added to Bill’s struggle was the impact his being autistic had on our family. A bitch was too young to realize that my parent’s marriage was going to shit for a whole lot of reasons…my ass was certain that it was because of autism and the strain of utilizing our family as a treatment mechanism daily.

This bitch slowly became enraged that Gawd wasn’t making Bill normal. My ass woke up on time for school, meticulously cleaned my room, ate all my vegetables, never used naughty words (wink) and literally asked for forgiveness immediately after any child-based transgression all in an effort to ensure my goodness, Gawd’s pleasure and Bill’s cure.

Yet, day after day, a bitch woke up to autistic drama. Bill sitting naked on

the front lawn eating an apple and soaking up the sun and the horrified stares of our asshole neighbors…which is funny as shit now, but beyond mortifying then. Bill using his closet as a toilet, his waste as finger paint and his temper as language. Day after fucking day, month after month, prayer after prayer.

By rage built and then crested. A bitch lost it one afternoon when Bill was having a tantrum…again. My ass flew to my bedroom and began hitting my pillow and cursing Gawd. At 9 years old my ass was angry, but still infused with faith. In my mind, Gawd just needed to see that a bitch was pissed.

“Hello? This shit isn’t cool! Fair is fair and this bitch has been good as a motherfucker...so fix this shit NOW!”

Finally, my anger was spent and a bitch indulged in a crying jag. Spent and exhausted, curled up on the bed and my ass had a pre-teen meltdown. Then…and this bitch remembers it as if it were yesterday…a bitch was fine. 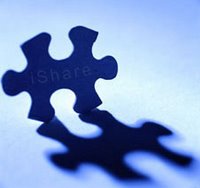 'Fine' washed right over me like a fucking wave…cool and calming, contentment in full glory. A prayer answered…and normal redefined.

My normal was born and a bitch has been grateful to Gawd everyday since for the gift of that.

See, Bill is perfect in Gawd’s eyes. It was a bitch who needed some work. Over the years this bitch has worked through a lot of shit regarding Bill. He is, after all, my older brother and it is my responsibility to be bitter now and then (wink).

Be aware of the redefinition of normal within the spectrum…of the generosity of the human mind…and of the thousands of families living their own normal in your community.
at April 03, 2006

How IS Bill doing, ABB? I know you and C-Money have been negotiating the swells and troughs of dealing with the social services end of things...how is the group home sitch?

Locally, we have a group called Handi-Crafters that helps people like Bill get jobs, etc -- is there something lie that locally?

We are currently in a holding pattern due to the fact that Bill is no longer eligible to work and keep his healthcare and Missouri DMH is not approving any new services, so his volunteer work (transportation and staff assistance) is not going through.

We have options for volunteering, but he needs staff support and transportation.

The house situation has stabilized and he has a new house manager that is really doing an excellent job...and keeping C-Money and this bitch in the loop.

So, two steps forward and one big funding based brick wall blocking the rest of the way...which is normal for far too many people right now.

Every couple of days I read your blog and every time I want to comment - but I don't. Today's put me over the edge and I can't hold back. Thank you for your no nonsense beautiful bitchitude.

I do two things really well - cook and raise hell. If you ever find yourself in Detroit, I promise you a great meal (with plenty of nutritious vodka/cran of course, we must keep up our strength) and some spirited messing.

that was beautiful. there are a lot of people in the newsroom who need to realize this and a variation of this, its close sister-- everybody isn't the same and THAT'S A GOOD THING (dumbass)!!!

We should take Bill to a Lobby Day or a hearing in Jeff City on funding. That'll teach those fools to prioritize.

That is some powerful truth, thank you for speaking it. It really hit home.

Btw, I just discovered your blog and I'm instantly hooked:) I was also pleased to discover that you're in MO. Me too!

amen. as a mom with a son who falls under the autism spectrum i know what you mean. my prince is perfect and normal in the eyes of God.

That was very beautiful and extremely well written. Thank you for sharing your family experience and insight.

ABB, two things re: your awesome post. I worked with a non-profit foundation that supports adults with autism last fall, making a video for them because of how difficult they found the government programs to be. The mother of the autistic woman, Katie, finally started her own group home after struggling with the system for years. I've been reading your stories about Bill for a while, but your follow-up comment to the Prof's question made me want to tell you how sorry I am that you have to put up with that bullshit. After the stories I heard from the foundation here in MA, I'm surprised anyone bothers with government assistance (though the alternatives might prove to be even tougher, I guess...).

I also think your thoughts on whether or not prayer is answered is interesting because my religious father recently decided that he doesn't think God answers prayer. I talked a little bit about it here, but it's such a fascinating debate. I love how you put it into context, and I love that you were made stronger through the experience.

Thank you. I can't write more than that without crying and getting the screen all smeary.

I got here via squid - I'm don't really want to be anonymous, just aren't a blogger. I'm mb. And just read your post.

My previously so very social daughter regressed into autism just about 4 years ago, and the last 3 years have been, well, quite the journey. This spring I have been struggling with the progress not made, the goals not reached, the setbacks and all the rest of it, from the many therapies we have so dutifully tried.

This spring has been hard, and I just wanted you to know that your very personal post about your own spiritural struggles around your brother's autism resonated for me. Perhaps there is a way out of this by re-defining normal. It's given me something else to consider.

Thank you. Your brother Bill is lucky to have you on his side.

This is why I don't pray, "Make everything like I want it." (i.e., fix this, gimme that) but "Please let me be okay and have peace."

I grew up like you, with an autistic older brother. I never accepted him quite the way you did Bill, but I did take care of him when I could.

You're awesome. Squid sent me.