My beloved father passed away several years ago. He died in April, so this month is rather hard for me. Memories swirl and they still cause the heart to ache even with the passage of time. 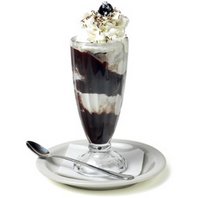 My father was one of the most influential people in my life. His humor, dedication to serving the community and love of history are part of my inheritance. A bitch nurtures those gifts daily.

A bitch believes that a person is truly blessed by the people the Devine One brings into their life. My father was my blessing and he still is.

One of my fondest memories of my father is of his ability to say crazy shit with a straight face and how he often used this skill to cut tension in my childhood.

My mother was a very paranoid woman. She feared everything and even feared fear. As a child, she used to deny any requests to participate in sleep-overs or visits because she doubted the common sense of other parents. Because of my brother’s autism and hyper-activity, having friends sleep over at my house was pretty much out of the question. So, a bitch became isolated and lost a few friends who failed to understand that my lack of socialization wasn’t bitchitude based.

Some of my fellow students teased me mercilessly about our 'crazy house', my 'crazy' brother and all manner of things related to race. The more paranoid my mother became the more she isolated us. And as we became more isolated my peers became crueler…building up a mythology about my home life that went beyond embarrassment into a sphere my ass has yet to define.

A bitch became a freak and lacked the ability to defend myself against that label on top of the multitude of negative labels already heaped on my afro-puffed head.

My father was a perceptive man and he understood that a bitch was hurt and frustrated. One Saturday a bitch had two of my only friends over for a visit. My mother and brother were out of the house and this bitch had spent hours cleaning and perfecting my home image the night before. Everything had to be perfect…the report back to my peers on Monday had to be positive, because this bitch just couldn’t take any more drama. We gathered in the kitchen after playing outside and watched my father prepare lunch.

My father, with a twinkle in his eye, turned to my friends and asked…"So, what’s it gonna be? Cake, ice cream or cake and ice cream?”

He looked serious as a motherfucker.

My friends snorted and replied…"We can’t have cake and ice cream for lunch!”

Dad looked confused. “Well, we usually have cake and ice cream for breakfast, but sometimes it’s cool to have breakfast for lunch too.”

My friends looked about ready to pass out from envy. “Wow! We didn’t know you had ice cream for breakfast! Wow! That’s too cool. No way would we ever get ice cream or cake for breakfast or lunch in our house.”

Initially, a bitch was embarrassed. My father’s brand of humor wasn’t for everyone. But, watching as he made my friends laugh and ooze pre-teen jealousy over the complete bullshit lie that we ate masses of ice cream every morning, a bitch loosened up.

We settled on sandwiches...and then ice cream with cake.

And my father was once again the hero of my universe.

Life is short and the journey is not always smooth. Jump off the train every now and then and settle down for a hot fudge sundae for breakfast, lunch or dinner.

Thank you for this post, it is beautiful. I'm sitting here at the office with tears in my eyes and wanting some damn ice cream :)

When I was a li'l girl, we used to go on vacations with my Grandma, who died in September. And she would let us order cheesecake for breakfast.

I really miss her.

Thanks so much for this...really touching.

Oh man...I am not close to my father at all (don't know where he is) so I sit here jealous AND teared up.

Wonderful post. I'm so glad you had your Daddy.

A bitch just made me misty. I'm sitting at my desk wiping my eyes when my ass should be working.

My grandfather died of cancer in 2003 and I miss him every day, more than I ever thought I would.

He wasn't around much when I was growing up but he became a comfort to me in is old age (I know it's supposed to be the other way around). I discovered his marvelous sense of humor and his ability to say f*ck it late in our relationship, but it's been a blessing!

If you get the chance, take a look in my archives... you'll get the idea. Here's the web address:

Thanks for sharing the story about your dad. I will remember him the next time I have ice cream.

i feel much the same way about my "daddy," so i can't even imagine your sense of loss. beautiful post.

Your father sounds like a wonderful and perceptive man.

The ice cream reminds me of an aunt of mine. In some ways she was strict, but sometimes we did have ice cream and cake for supper. She was actually a sweet person and I miss her.

That was a really touching post. It sounds like your father was a great man. I'm sorry you've lost him already, but it sounds like you have some nice memories to keep you going.

very touching tribute. death is tough to handle, but it's important to remember the good rather than dwell on the loss.

I'll echo the thanks of the other posters. My grandpa used to eat ice cream out of the biggest bowl my five year old self could imagine. Makes me grin. He's been gone around 5 years. May your father rest in peace.

Sometimes we used to have strawberry shortcake (Bisquick biscuits with margarine and sliced up strawberries in sugar) as an entire meal. We would go out to our strawberry patch and pick them fresh.

I wonder if your dad ever knew what sort of effect his words had on you that day. I wonder if any of us know how the small things we say and do can swell the hearts of those we care about.

Your daddy sounds like he was a fantastic man. Must be why you're so fantastic yourself.

That post made me want to call my daddy. I think I will.

I'm in all these nice people you reach out too.

Daddy's have a special way of endearing themselves to us...and leaving us with some great memories. Thanks for sharing that one. It was so real. Like Dixie said...you never really know when you are making a memory for someone else. We should strive to make them 'ice cream and cake.' I'm sorry for your loss, but know from personal experience that it really wouldn't hurt so much to lose someone if it wasn't so great to have had them in your life in the first place. Your posts are thoughtful, insightful (and damn funny) - and I'm sure your daddy is proud.

my dad's dad used to take me for ice cream sundaes when i was a kid. they were called cmps for chocolate, marshmallow, and peanut sundaes.

i preached at his funeral and talkes about those sundaes much like you talk about cake and ice cream for lunch.

i need to get my friend to read you at bostonpobble.blogspot. she lost her dad too and your dad sounds just like him.

It is the memories like this one that keep our loved ones alive. I know he is prouder than all get out of a Bitch. He would have to be. You are one helluva woman. I believe he contributed to that heavily. He sounds like every little girls superhero. We need more daddies like yours in the world to make our little girls stronger. God Bless your Daddy. And God Bless a Bitch too.

an amazing tribute...the love you have is so very present in your words.

It is my firmest belief that those who have passed onto their great reward continue to live on in this life with the stories we tell, of our loved ones.

I've thought long and hard about what I would leave as a comment herein. The more I read about your mom, however, the more I am convinced we were separated at birth.

There is a great book, "Walking on Eggshells: Coping When Someone You Care About Has Borderline Personality Disorder," by Paul T. Mason and Randi Kreger. I've been worming my way through it. I got my sister a copy as well and she rushed through it, picking out which of our family members (including ourselves) were profiled. I think it would be a great read for you and CMoney.

We lost my best friend's mother yesterday morning, and as hellacious as it is, it's great to remember that other people have been through it and came out alright.

I lost my Dad a little over a year ago. Oh, how I miss him.

I hope your Dad and my Dad are sharing a bowl of ice cream right now, wherever they are (just from this story, I think they would have had a lot in common).

What a beautiful post. It made me love your dad, and I never even met him.

Food and fathers...you have to love them. My Dad was a policeman...he worked unusual hours, mostly nights. because of his work hours we almost never saw him awake! I recall, with such pleasure, my Dad waking me up in the middle of the night because he'd brought home a treat for me. Sometimes he brought me home butterfly shrimp, sometimes a Syrian salad, and sometimes pizza. Those were the moments I saw my Dad. I never thought what he did was unusual until adulthood. My siblings and I still talk about getting up in the middle of the night to eat with Dad.
You and I, we both miss our Dads.
lynn

tears in my eyes.

you have the perfect combination of portraying emotion, and Truth, at the same time. a rare thing, and a great thing.

thank you so much for your blog.
rock on.

this post is exactly why you should write a book--you can say so much in so few words and its beautiful and honest...and i got all misty-eyed. a lovely tribute.

Thank you for writing this. My father passed away a few years ago and served pancakes and syrup for dinner all of the time. I miss him like hell. Your dad sounds like he was an incredible person.