Happy Friday! A bitch is getting fired up for a busy weekend.

Tomorrow, this bitch will rise with the sun to head downtown and walk my ass off for a cure! The forecast looks fantabulous for the morning…thank Gawd. Anyhoo, after getting my Komen on, a bitch shall head out to suburbia to visit a certain older brother for lunchitude, snacks and a drive.

And then…Saturday night…it is all about my Play Husband’s birthday spectacular. Festivities begin at 10ish at Grandma’s Politician’s Club on Manchester. Feel free to join us…but remember to bring cash, because Grandma don’t trust credit (wink).

Looks like Sunday will be my official collapse in front of the television day.

This is an official AngryBlackBitch Dangerous Bullshit Warning regarding the shit-based delusional mental swim taken by a certain Veterans Affairs Secretary Jim Nicholson before Congress yesterday. 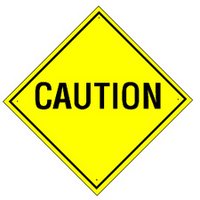 Just because previous burglaries in the neighborhood of the unfortunate asshole who took home the personal data of almost 30 million vets have been revealed to not be deliberate data thefts does not mean that the same is true in this case.

Mr. Nicholson is desperate and desperate bullshit is often dangerous.

Say you were walking down the street window shopping and someone mugged you. You just happened to have your social security card, a list of your addresses for the past 5 years and a driver’s license in your wallet. You go to the police to report the theft and they tell you not to fret, because most of the robberies in that area have been for the cash rather than personal identification information. Would you shrug and grin and go about your bitness…or would you fret, call the major credit reporting services and put a restriction on new accounts and change those credit card numbers?

This has been a warning from the AngryBlackBitch Dangerous Bullshit Warning System.

We now return to your regularly scheduled bitchitude...
at June 09, 2006

Ah, so you're the one who's stealing my boy B. Kitty away, well, I guess I understand :) You are a hilarious bitch after all.
peace, Joyful Ministries, Inc.

That many identities stolen in one incident would cripple the social security number dependent work and credit systems in this country. Total anarchy. The only good thing would be we'd all get fresh new data files, no?

Looking forward to pinching Red's ass at Grammama's tomorrow. I gotta git me a play husband.

Have fun at Grandma's. I'm sorry I can't be there to join you, but I'll be selling sushi to the masses.

Sometimes I feel like I'm going insane what with all the spinning! Does ANYONE really believe all this bullshit? I think that's why I come here, ABB. I need just one place where no BS is shoveled. And it's here.

ABB: the home of no bullshit (and lots of coolness too)

Have a faboo weekend!
Bex

FINALLY got my "we're so sorry we lost your ID but don't worry (sucker) we're on it" letter from the VA.

Meanwhile the bizzarro telemarketing calls are stacked on call waiting like so many proselytizers competing for doorbell time on a Sunday afternoon.

Folks with a shred of dignity would be embarassed.