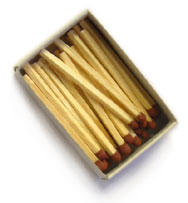 A bitch was thinking about the recent church fires down South. They are believed to be linked and it seems that investigators have some good leads. Hopefully, they can solve these crimes quickly before more historic churches burn to the ground.

No, this bitch is not a church going gal. But a bitch respects all places of worship... particularly small older churches where the history is written into every age spot on the floor and every nick on the wall. A bitch grew up in a small yet overflowing historic black Baptist church...the kind that heats up like a furnace 15 minutes after serviec begins and makes Sister So & So rapidly fan herself for fear of presperation.

My ass was wondering what the major 'war on Christianity' organizations were saying about these fires. A bitch thinks that the War on Christmas was up to debate, but a bitch can’t argue that someone has a beef with something when they commit arson and target so many churches in such a short time. 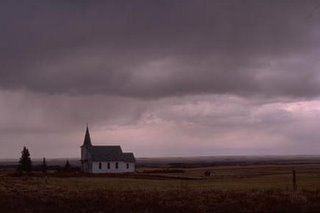 Family and Southern Baptist Convention online. In the past, these web sites have been used to rally the faithful on all manner of topics.

The same was true of Southern Baptist Convention (SBC), which did have an Adopt a Church link but that was related to churches damaged in Hurricane Katrina or Rita. They also dedicate extensive web space to the SBC Annual Meeting in Greensboro…hurry up y'all and get a 'group rate' discount!

And so a bitch was left feeling quizzical about this. 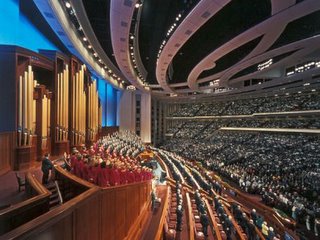 One would think that these organizations would be all over this news. At the very least a bitch would have hoped that these two sites would have something set up for concerned members to donate to help rebuild these small rural churches...many of which were Baptist and of various racial and cultural backgrounds.

And what of the mega churches that now dominate some cities? Why not call for them to scale back on some project…yeah, put that indoor pool on hold and help rebuild a rural church burned to the ground.

But a bitch is happy to report that local churches and volunteers are stepping up and helping out.

Mayhap the enraged mega church attending anti-choice degayification convention holding Evangelical faux-community could learn a lesson from the emotionally connected, underfunded yet willing to help out a neighbor real community…
at February 21, 2006

Well...you know. Helping out a poor country church isn't going to get them publicity and give them the ability to spread their hate and discontent.

Now that is a fine sermon.

Too bad it's not getting preached inside the mega-churches.

Focus on Family should change its name to Focus on Hate.

Focus on the Family is too busy sending me big old envelopes with "The Fatherless Family...the damage caused by absent fathers." I think I know exactly who signed me up for this and I'm thinking of something equally "well-meaning" to sign her up for.

BTW, I gotta quote the last paragraph of this post.

A Princess would have to concur with a Bitch. It wouldn't shock me at all to learn that members of FoF are responsible for some of the arson. Why, you may ask? Because small rural churches do not often have the same agenda as the large Walmart Super Churches. Those quaint little historical churches are run on love. It is where a pastor will take the last red cent out of his own pocket and give it to the ailing mother to feed her babies. While it makes for some sweet local press, it doesn't make for the big money sponsorships that most of these megachurches are seeking. And nothing will send a flock of faithful running to the MegaChurch like a good ample dose of fear.

It's sad, Bitch. So sad. That when a Jewish Princess can see eye to eye with an Angry Black Bitch...that so many others can't even see past their own skin to know the difference between wrong and right.

it makes me wonder what i can get my church to do.

and focus on the family et al... have absolutley no idea what family really means.

You know, uber-Christains wouldn't be so bad if they didn't hold themselves in a higher standard, like we should strive to be intollerable bigots.

I would like to wish you another great year of spreading bithcitude, love and joy to the blogging masses. I am dedicated fan living in Cairo. As I am seven hours ahead of you, it’s usually the next morning by the time you have posted in St. Louis. I look forward every morning to enjoying your posts. I am continually amazed how you manage to get to the heart of many difficult issues with humor and your passionate drive to motivate others to go out and DO SOMETHING. Again Happy Birthday and I wish I could join in the debauchery and festivities. I realize Egypt is not the best choice for a 'flee to' country but if you and C-Money ever want to see the Pyramids please get on a plane. You will always have a nice flat to stay in stocked with plenty of Vodka and Cran.

Yes, it's pretty sad when the "degayification" of the world based on hypocracy is much more important than helping Brothers and Sisters in Christ rebuild their lost houses of worship. Good call.

Sorry I am behind the times on your post, but I have been caught up with an issue that obviously (sic) is of more importance to the "pious" people you describe-- the librarians and teachers of this country terrorizing children (almost a direct quote). It is too lenghty to post here, but you can see it on my blog.

Bitch, happy birthday from this ex-lurker, and I must say, your previous post was very moving.

Are you going to the "Love Needs No Cure" vigil opposite the ex-gay conference church on Saturday? PROMO has all the info, and I can email it to you if you haven't already gotten a zillion copies.