Torino - The Battle of a Bitch's Flee-to Countries!

Okay, so a bitch had to take some time to recover from Sweden’s resounding defeat of the U.S. Women’s Hockey Team in Torino. My ass has concluded that any team or indivudual who talks to Katie Couric prior to competing is doomed to fail...DOOMED! The woman is a curse walking!

Lawd, a bitch was unable to cheer properly for Sweden out of respect and loyalty for the U. S. Women's Hockey team...who then got blown away by Sweden in a rather good reenactment of the 1980 U.S. Men's Hockey Miracle on Ice. And, hello...we're supposed to win those reenactments ladies!

And it doesn’t get easier! 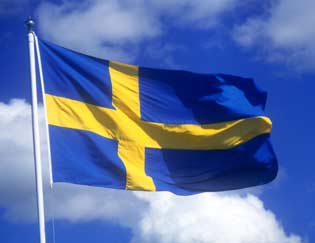 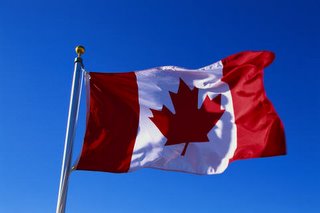 Tonight, Sweden and Canada skate against each other for the Gold! Umm, and Silver.

Nothing to do but inhale Smarties and just watch the whole thing unfold via satellite television!

But a bitch has been justified in my chosen flee to lands. Silver and Gold in women’s hockey…which is the element all flee-to countries should be judged on. 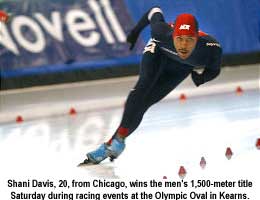 Enter into history, Shani Davis...
Congrats to a certain United States Speed Skater for representing the South Side of Chicago all the way to a gold medal!

Go on, with you bad self…

Oh...yeah...and congrats the the United States Women's Hockey team for winning Bronze. Y'all stick rock in a bitch's book!
at February 20, 2006

Hooray for Shani Davis not just for taking this here history making gold but for sticking to his guns about how he got it. If you haven't followed all the hoo-ha around this, some folks, including at least one teammate, bitched about him for dropping out of a team-pursuit race to save up for the 1000 (if you have to depend on one guy you're already in sad shape, fellas). To which I say: I'd love to know what color they were.

I work weird hours so I haven't seen a whole lot of tv, but it occurred to me I hadn't heard much about him considering what he did. Now I know why . . . although I wish I didn't.

Shark Fu you are a class act! I give you the gold for all around good blog. Sometimes you talk politics. I hate political blogs and yet I keep coming back to your blog. YOu rock! YOu mix a load of funny with a load of politics and you teach this bitch a thing or two. I am gratefull for your opinion and thank you for giving educated opinions. So many bitches out there just want to babble on without a clue. Take the stand and get your medal. Send me an email when you want these German smarties. Peace... Rich

Sweden congratulates US for the bronze. You fought well but this time around Canada and Sweden fought better.

To celebrate all the medals I'll down a clear vodka, maybe two, in the honor of sportsmanship. :)

You know I mostly come here for a bitch's finely nuanced political analysis but ...

brother making waves in the Winter (some read: rich white folks') Olympics, well... Shani is kind of fione, is he not? :D

You know, everytime I watch the Olympics (when will I learn not to) I get infuriated by our commentators. Must our football mentality be applied in all things? For example, I had to resort to watchng the Ladies' Figure Skating finals on mute because the appropriately named DICK and his cronies found all things wrong with the foreign contenders, but when one of ours fell on her ass, well what a fighter!