This bitch spent yesterday on my comfy sofa-like thing, under blankets watching the Sunday morning political chat shows. But the real news didn’t break until later in the day! 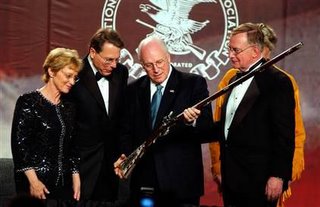 A bitch isn’t proud of my initial reaction…which was to laugh like a maniac for, oh maybe 10 minutes. Yeah…a bitch needs to work on that compassion thang. But Lawd! Can you believe that shit? How many times has a sitting Vice President had the words ‘shot someone’ associated directly with him? 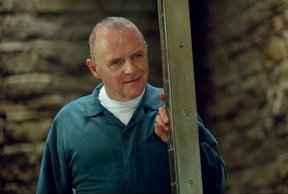 Maybe the Spawn of Satan had an episode. Maybe he got pissed off at this Harry Whittington character and decided to take his ass out! Or maybe he just had a general anger management incident. Shit…he’s been under a lot of pressure…oh who the fuck buys that? Cheney is the Ice Man. If he shot someone he meant to do it or was inspired to do it by a cool throbbing anger that crept into his veins…his blood pressure most likely didn’t even go up! Yeah… all Hannibal Lectoresque. Mmmmhmmm. 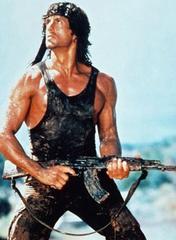 Which got a bitch thinking…why would everyone assume that Dick Cheney didn’t take a shot at this dude? Taking into account the Burr factor, it’s not as if Vice Presidents haven’t let their temper get the best of them before.

And then it dawned on a bitch…this is some sort of privilege in action. See, Dick Cheney gets the benefit of the doubt! He's old, rich, white, presumably straight…he’s got no reason to attempt to kill his 78 year old hunting buddy.

And that got a bitch thinking about the Mistress of Rancidity, Ann Coulter…and her recent call for the poisoning of a Supreme Court Justice by loyal minions. She got the benefit of the doubt too. And it’s not as if wacky assed crazy talking white women haven’t tried to knock high ranking political folks off in the past. Ann getting the benefit of the doubt really pisses me off…she’s not even human!

But this automatic enforcement of the race card explains a lot. Shit, no wonder The Man is willing to go to extraordinary lengths to maintain power in a country that no longer reflects his ilk as a majority! Lawd, these people can shoot someone in front of the Secret Service and get away with it!

Was a blood test conducted to see if Mr. Cheney was sober?

Was a crime scene analysis conducted to reconstruct this shooting to see if it fits into the related tale?

Did local officials conduct a full interview of Mr. Cheney?

This bitch doubts it, since this motherfucker was out of the state within 24 hours. 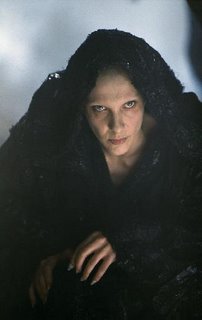 And Ann? That wanna-be Aryan stank monster coasted out of that verbal malfunction unscathed. No investigation of Ms. Coulter’s affiliated organizations. No interview of Ms. Coulter by…oh, my ass doesn’t know…maybe the Department of Homeland Security to see if she’s a part of some sort of neo-con sleeper cell and her words were code for Rise! Nope…this national embarrassment gets to say she’s joking about poisoning a sitting Supreme Court judge and walk away. Just walk on by…

Can you just imagine…living with that kind of assumed innocence for just one day?

Lawd, the crazy assed shit this bitch would say and do…

Oh and Mr. Cheney? As y’all are always saying…guns don’t hurt people, people do. You might wanna shoulder that firearm and take a hunting safety refresher course. You wanna set a good example for the chil'ren, right?
at February 13, 2006

white privilege at its finest.

who says we don't have royalty here?

I was totally making the same argument to a friend yesterday--that all the news headlines had "accidentally" in them. (Overseas, a lot of them were more fact-based; the headlines said, "Cheney shoots hunting partner.") How the fuck do we know it's an accident? Has there been an investigation? And what about the fact that no one *reported* the shooting for 24 hours? Isn't that itself illegal, or at least suspicious? "Come on," my friend said, "of course it was an accident." Right. Because when the V.P. of the USA shoots someone, obviously he doesn't mean it, but when anyone else does it, well....

Being the friend in question, my response:

The burden is to prove it was not accidental, not to prove it was accidental. Investigations can be conducted ad naseum, but it seems absurd to deny reporters the leeway to make common, reasonable inferences from the information they have. I don't see anything wrong with saying "accidentally" in the headline until there is concrete information that it was not accidental. If anything, I'd say the potential for an improper inference is heightened by not including "accidentally."

Heres my question-in this day and age of color coded terror alerts, the patriot Act, pat downs, body cavity searches to go to Target etc, whats it saying about our secret service if someone with a fucking GUN can sneak up on our beloved VP, and be lcose enough with HIS gun to get shot in the face "accidently". How does a herd of armed agents sworn to give their life to protect our fearless leader, "not notice" the guy simply b/c he didnt announce himself as bird murder protocal calls for?

LOL. I had to laugh when the lead-in to last night's Washington DC news was a photo of the guy and the voice overlay "why did Dick Cheney shoot this man?"

I never thought about the blood alcohol thing. That's a damned fine point. God it breaks my damned bleeding heart that these *^&%$#'s can get away with anything and everything. What a world.

Like a bitch, I really had to admonish myself to be MUCH more compassionate, when one of my first thoughts was as follows:

I wished the players in this scenario been reversed, with the "friend" being the shooter.

And that they had been hunting bears (with appropriate ammo) instead of some puny little quail. Birdshot just wouldn't accomplish the job I had in mind...

I hope I don't karmically reap anything from these evil, evil thoughts.

I have to admit, I found it kind of funny, too.

The administration's shoot first ask questions later policy sucks! . . . for those of us that don't own guns!

surprising story, until you study the photo of harry. please note the striking resemblance to a plucked bird.

Shit...I'm feeling you...and this place seems to be a bit more friendly than Yahoo.

Now...funny how this dude can shoot someone and just walk away.

Maybe we could publish a book....

I'm questioning the fact that this was not reported for 21 hours and by a civilian at that!

My word verification is wetbar... could that be an omen?

I'm to the point where I'll more or less accept anything from Cheney. But Jason Priestly, gun toting, child indoctrinator - who knew?

Yup. First thing I thought when I heard that was...he was DRUNK!

I personally don't believe it's an accident either, but then who are we but voters who got stiffed in 2000 and 2004?

I guess a more important question- who the hell hunts quail anyway? Aren't they those cute little fuzy creatures that are no bigger than your hand????

Everytime I read the headline, I let out a giant gut-busting laugh!! I'm sure everyone will agree, there are 2 bumbling idiots in charge.

So...if the guy that got shot dies...will Mr. VP be charged with murder/homocide/manslaughter?

If so, I think being a felon disqualifies him from being VP?

BTW...where is PETA when you REALLY need them?

Quail are tasty little buggers, although I prefer watching them to eating them. Let's dispense with the pretense of calling this a "hunt," though. It was a canned event with pen-raised birds released for rich folks to slaughter. Cheney should have just loaded a skeet machine with some frozen cornish game hens and shot them, or simply held the cage of quail underwater for a while. It would have been just as sporting and less strenuous. He and his pals drove up to where the birds were, stepped out of the car, and then exercised extremely poor judgment and violated several basic bird-hunting safety rules. The man has a chilling disregard for everything but the appearance of being an outdoorsman. The substance is missing, to the utter peril of anyone within range--which, with a 28-gauge, is thankfully short.

In response to kusala:

If the scenario had been reversed, and the friend had been the shooter, things would have gotten quite out of control and the "shooter" (not "friend" or "hunting parnter") would have been detained, questioned, arrested, jailed without charge... and our terror alert would have risen, gas prices would have soared, people would have been advised to get out and buy orange hunting vests in bulk...and Cheney would become a national hero.

Accident or no, I'm glad someone in this administration finally shot someone. I'll be collecting on a bet I made in 2000.