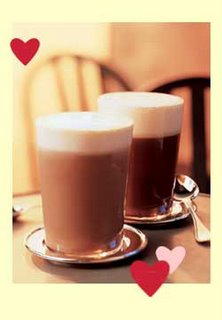 This bitch is a single bitch, but my ass enjoys a day dedicated to love anyway. 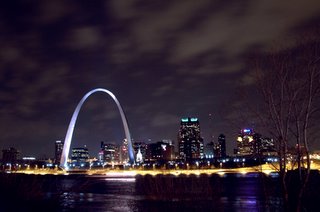 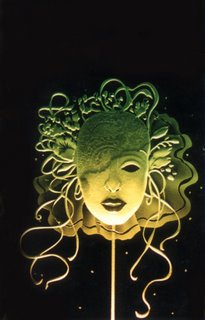 Since a bitch will be out and about celebrating my birth…and Mardi Gras…and the invention of vodka…my ass would like to invite all the degayified gays coming to town to party down! Now, you will be amongst lots of ‘gay gays’ and allied straights…and everyone will be tossing back vodka crans at gay bars…but a truly degayified non-gay gay should be able to hold out against temptation. Right?

So, welcome gay degayified non-gays! You will be experiencing St. Louis at its most debaucherous…and we promise to provide a fantabulous testing ground for your newly degayified self (wink).

Oh, and when we see your confused ass at those bars…feel free to buy a bitch a vodka cran! That’s vodka and cran with no lime, honey. And easy on the ice.

Speaking of degayification in practice… 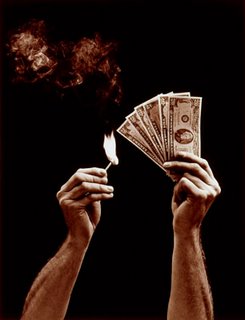 Lots and lots of money…that our federal government is hemorrhaging in an effort to degayify the United States military. That’s right, our military’s Don’t Ask/Don’t Tell policy is costing some serious cash.

How much money, ABB?

Degayification of the United States military costs some $363.8 million dollars over 10 years.

Who knew homophobia was so expensive? Ouch...that price tag sure does clash with those traditional values! This bitch wonders how long Uncle Sam plans to walk around broke as a motherfucker sporting that expensive degayed uniform before he goes in for a make-over? 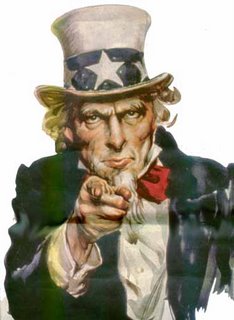 Usually, when money talks The Man listens. Just don't expect any social equality to come bundled in with that recruitment package...you may want to recall that the desegregation of the military took place in 1948 and the Voting Rights Act in 1965.

Queer Eye for the Recruitment Challenged is about to go into pre-production…
at February 14, 2006

When the ex-gays came to the Baptist Church in Tucson I stood across the street with protest signs (Gays are Great!). Of course they decided to come over and say hello. I turned to my very cute friend Jeffrey T. and said, "How much do you want to bet they make a beeline to say howdy to you?" I was soooo right.

I'd cross the street to visit to Homer. But I'm a "current gay," so I guess I don't count.

I hope the 'legions of degayified gays' have fun here! I'm ready to get this freak on! ooh ooh!

i am in need of another cup of coffee, because uncle sam's pic looks like c. everett koop after adkins...
i transitioned into the navy (super cute gays in dungarees!--e'r where) just prior to don't ask, don't tell. then saw it in action. scary shit either way.
stat-more men/women have been discharged from the military since the policy was introduced in '93, than before.
where i was stationed over seas, plain clothed n.c.i.s. officers followed "suspected" queers around, casually snapping pics, appearing to be tourists. the witch hunt was enough to round up our lt. and the chaplain of the ship (women)...

Uncle Sam was degayified. But it was more because he didn't trim his goatee right and was an embarassment to current gays everywhere.

He got his Go Gay pass revoked by k.d. lang.

I was there. It got really ugly.

Love the blog ABB. Keep on.

I'm not sure we want the ex-gays back. Have you seen the billboards? They're kind of fugly.

ABB, my gay best friend and I are converging on the city next weekend from our respectively far-flung homes (me, East Coast; he, Midwest) to crash...ahem, attend and learn from the conference. We intend to tape the whole thing, and we wanna party if you're down. Wish us luck!

is that picture of cocoa for the both of us??? LOL

That ex-gay convention is a desparate cry for attention...I'm sure some of them are hooking up in same sex relationship on the low...

I miss St. Louis soooo much!!! I miss Mardi Gras and everything about that city. I didn't appreciate it until I left!! Party hard honey and Happy Birthday!!!

Hilarious. You inspired me.