Thanks to everyone for the well wishes expressed over C-Money’s allergic drama. She’s doing much better now and had better not scare the living shit out of me again. Take your meds...and heal! 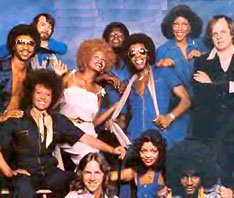 About the Grammy's...
While sitting in the emergency room a bitch was able to see the Grammy Awards show. Artist after artist floated across the television screen bedecked in various fashions. A bitch was looking forward to the return of Sly and The Family Stone.

There was a huge contrast between Kanye West’s award based desperation and Sly's return to the stage. On one hand you have a man who has been very clear about his Grammy aspirations and his sense of his 'I am so very Grammy worthy' self. On the other hand you have…well…an artist who approaches the world of music on his own terms. Sly’s appearance was kind of up in the air and he clearly didn’t feel compelled to star fuck the Grammy Awards…which amazingly put the Grammy’s and the attendees in the position of star fucking Sly. 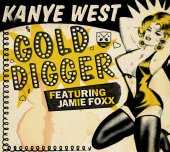 Mr. West feels that his shit is the best and that winning a Grammy in some way announces that to the world. He took to the stage with a certain Jamie Foxx in a P. Diddy-esque extravaganza complete with marching band outfits and a random gold digger cheerleading squad segue that blended into a skit featuring sorta-fratbased black men...who dissed said gold diggers and announcing that they (the gold digger squad of money hungry women) would not get their (the black fraternity-esque squad) money. Then the performance continued until it finally…thank Gawd…came to an end. 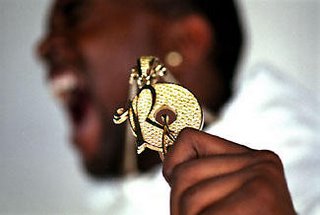 This bitch was left hoping that someone would come along and love Kanye for who he is and not his “pot of gold” so that he could sit the fuck down and shut the hell up. Lawd, every time a bitch hears that song my ass is struck by how insulting it is to women and how insulting it is to men. It's just insulting…and if you don’t want to fork over the gold then don’t, you self obsessed trend whore. 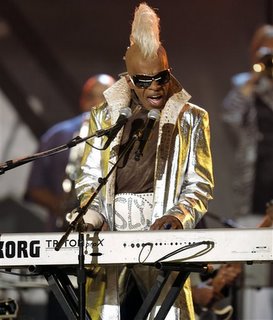 But then on came Sly…the performer, the legend and the Mohawk wearing fantabulous freak! His performance was remarkably different from the Grammy hungry Mr. West’s blatant rip off of…oh shit, just about every black extravaganza award show performance a bitch has seen. Sly slid in, laid down his shit then dropped the mic and exited the stage.

And a bitch couldn’t help wondering if folks caught the lesson in that shit…that the power of celebrity is in the individual and how they choose to handle fame. Trend whoring for Grammy fame or taking the stage at the Grammy’s with authority…no need to hold up a sign…clarity in action. But you’d have to look away from the mirror to see that, Mr. West…just step away…and create something as an artist.

I'm convinced Kanye has the smallest peni in the business. I can't think of any other reason for his desperate/abusive/vacuous pursuit of validation.

I am so sorry I missed Sly.

I watched the grammy's too and I thought that Sly acted like he had better things to do than kissin' anybody's ass...

Sly was great! Kanye needs to shut the f*** up, he's not as amazing as he fancies himself to be....

Self obsessed trend whore...I'll be using that one a lot this weekend!

I have grown very weary of Kanye. People know greatness when they see it (i.e. Marvin Gaye, Diana Ross, The Beatles, 99% of Motown Acts, Prince, Billie Holiday, Miles Davis, Dolly Pardon, Crazy M.Jackson, etc). The difference in great artist is that they don't have to tell the world they are great, the world tells them. Kanye may have been smart in telling them he was great though. many of the great acts never received a Grammy, Kanye got one for being semi-talented at most. Peace Out Bitches.

Oh my God. You are dead on point.