This bitch had a fantastically wonderful birthday celebration of bitchitude! Since my ass doesn’t own a digital camera (color me old school), please check out my brother in bitchitude, Blood Ray, for pics.

Sadly, a bitch was not able to get my act together regarding All About Ann…theatrical organization is hard as a motherfucker! But plans are in the works for A Night of A Thousand Anns. Current plans are to have folks attend as Ann Coulter or an Anti-Ann Coulter themed thang.

Anyhoo…so much to bitch about and so little time!

Jumping in with the first dose of bitchitude... 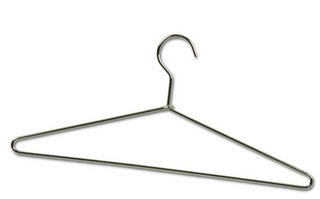 Again...
It didn’t take those motherfuckers long, did it? South Dakota has passed a piece of shit the size of...well, Montana through their state legislature. The Governor plans to sign it…and ban all abortions in the state with no exceptions for cases of rape or incest. Oh…but they’re willing to be compassionate if a woman’s life is in the balance.

Nice of them, huh?

So, now what? Well, Planned Parenthood has promised to fight this shit. And that fight will likely end up in the Supreme Court…which is now well stocked with anti-choice freaks.

This bitch is disgusted, disturbed and freaked out. Americans have an amazing ability to forget the not so distant past. 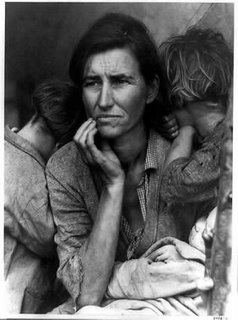 That foggy thang called history…when women had no choice. And a bitch can’t help but wonder how far this assault will go.

A bitch sees beneath the scab…to the puss ridden infection that is the true debate.

This battle is about choice...all choice. The unspoken war cry is for government control over women’s bodies, health and decisions. The leap from abortion to birth control to all control is a series of small skips and a bitch simply can’t understand why motherfuckers can’t see this for what it is!

How long will it take for these motherfuckers to start challenging the pill? Seriously, they are already munching like ravenous beasts on the morning after pill, sex ed and the ability to seek medical advice and contraception without parental consent. 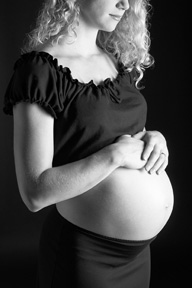 This is a war and abortion is the first front!

There is a part of me that almost wants to see America experience life without choice…again. Mayhap the pain, suffering, botched back alley medical torture and general degradation will bring about some motherfucking sanity...again.

But the cost of re-learning the already learned...the painful lessons of America without choice...those costs are too high to endure...again.

In damage to our society.

In all the things that we say we value then turn around and willfully flush down the toilet as if these rights were an afterthought and not won through the blood, sweat, tears, struggle...oh yes, and the lives of too many.

Yeah, we will do this...again.

We can re-learn the already learned…again.

Re-educate the masses by bearing witness to suffering...again.

But how many of us want to pay the cost of this war...again?

Are you up on Missouri Senate Bill 609, which just cleared a committee vote last week? "Protects the conscience rights of pharmaceutical professionals."

According to an article this week, activists on both side of choice believe it could allow pharmacists to refuse a prescription for the pill.

I'm sorry, but I'm too pissed about this to write anything coherent. But, I'm totally with you. It has been 12 years since I went to a rally in DC. If they have one for this, I will be there again.

It's astounding to me how many women don't seem to give a shit about women's rights. Not just abortion but rights in the work place, marital rights, etc. They take it for granted and think feminist is a dirty word. Makes me so angry steam comes out of my ears. There are herbal methods of inducing abortion that we need to learn to use (before they ban it from the internets). The coat hanger is such a chilling, chilling symbol isn't it?

ABB,
I'm sorry I missed your Birthday festivities...I gotta say that I've been spending way too much time writing this flu-vaccine grant...ick. Glad everything was fun fun fun.

Now about this S. Dakota bullshit. You said it to me when we were at Brian's..."People need to be re-exposed to opression before they can rise up." Very very very wise words. We take things for granted...our freedoms, etc. only now that they are being taken away are people starting to speak up and TRULY protect them. It's ok ABB, we will come out on top, the people always do!

I'm sick of it. Who makes these fucking rules anyway, ya know? Fuck it all to hell!

I am so looking for a job in the netherlands when I head out there in June! That's my "go to " place! hehe.

Peace, and keep fighting the fight lady. Maybe the bird flu will even the score here?

You know what I want - I want legislation that makes it a sin for a rich white guy to come and have it not result in pregnancy. I want that guy to have to go thru every manner of social, economic, and physical hardship. Because maybe then THIS SHIT WILL GO AWAY!!!

I read about this too this weekend and it made me all kinds of ill.

Keep on bringing this shit to the light of day - my sole cynical thought is that somewhere there's a lobby as monied as the NRA that will see cases like this discretely discarded and the rich white guys will have to bow to that above the lip-service morals they have.

i blogged about s.d. last friday, too, and was completely enraged and awe-struck at how little press it received.
everything is on the hush. there's always this push for legislation to get passed when we are caught-up in another administration scandal, i.e., patriot act sunset provisions...
but i digress.
i asked a friend of mine if she'd seen the s.d. news yet, and she replied wisely, "seems like they only care about those female fetuses until they're born."
exactly.

Apparently, my camera is putting up a united front of bitchitude with you, but once it decides to work, I'll also post some pics of a bitch's birthday celebration.