Andrei Lugovoi, who is being accused by British authorities of poisoning former spy Alexander Litvinenko, held a press conference and went off.

Lugovoi, who this bitch is fascinated to see still alive given the amount of polonium-210 he is being accused of dropping hither and non ‘bout London proper, accuses British authorities of poisoning Litvinenko and then trying to frame him for it!

And he said Litvinenko was working as an agent for British special services…but then he got his Jason Bourne on or something like that and they had to eliminate him.

So, British special services either flew some agents to Russia and then flew them back with a whole hell of a lot of polonium-210…which those agents then dropped like birds drop shit all over the damned place…and then dropped some in Litvinenko’s tea and thus killed him…

…sip water and then continue… 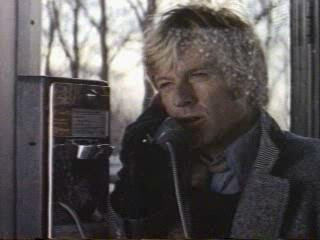 …or Lugovoi is full of shit, the Russian government had him knock off Litvinenko and then supplied him with some Bond-esque cool as hell poison fighting antidote which explains why he still liveth and does not gloweth!

Our government uses rancified pseudo reporters with rage management issues and limited ethics to blow the well established covers of spies they wish to punish.

But it’s becoming clear that our sorta-allies are keeping their spy disposal activities retro as a motherfucker…
at May 31, 2007

it wouldn't surprise me if dick cheney and the rest of the neocons were sitting around wishing for their own supply of whatever the hell that stuff is. they would be some busy little poisoning bastards if they thought they could get away with it. or maybe they already have. it's just hard for me to believe, given the state of our nation today, that whatever dreadful nefarious political plot is afoot in the rest of the world, it's already happened here.

Not that I want ANYONE being poisoned
by polonium, but the old spy-- assassin game
is at least a bit more understandable in it's stupid fucked up geopolitical way.

Whereas Bush's incompetant, evil, chest thumping
administration does use our popular press and civilians as assassins. But it is so much easier
to catch him at it.

So sad. And by the way, they are so good-bad at at it no polonium need apply.

I'd like to see these governments step to the real reason they play these stupid games and endanger
everyone in the process when there's a hellava lot more important things to accomplish in this life.

Whoa! I need some serious caffeine after that one.
Were we talking about spies!?

I used to want to be a spy until I worked for the government intelligence community. It's just basically playing a new kind of game with much more serious consequences than pasting a "kick me" sign on the person in the cube next to you.

Girl, have you seen the trailer for the Bourne Ultimatum? Now that's what *I'm* talkin' 'bout!