Thank y’all for the mouse feedback!

It appears that this bitch may have stumbled upon an existing mouse debate. Humane traps…mouse-based responses to humane traps…karma being what karma is…and the fact that this bitch isn’t going to be placing poison in my house because I already have trouble remembering where I put my motherfucking keys much less where I put the motherfucking toxin (wink)…is it any wonder my head spineth?

The cat option was voted down by Theo the BayMaster and Betsey the Original sorta-beagle, both of whom are…well, there’s no other way to put it…the sorta-beagles are anti-feline. Feline sensitivity training is a work in progress, but a bitch doesn’t even want to consider the civil war that will break out if I bring a cat into my dawg dominated lair!

This bitch has decided to inspect our old as hell house for points of unauthorized rodent entry and take it from there.

As a practitioner of bitchitude this bitch is full of opinions.

Listening is my most important tool since most of my opinions bounce off of other folk’s opinions or theories. 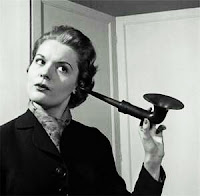 But the sad fact is that a lot of people do not listen…they just wait for others to finish talking. That fact rarely causes problems when the subject is whether or not Lindsey Lohan will be sharing a jail cell with Paris Hilton. But when we get down to the bitness of discussing the important social topics that the media is too busy discussing Lohan’s Lost Weekend to touch upon...cough...those listening impairment problems become one hell of a stumbling block on the road to understanding shit.

My father worked in corporate America for years and was a master observer. After a week spent slinging bullshit through meeting after boring assed meeting my father liked to play the listening game on Saturdays.

ABB’s father to the doughnut shop counter person… “Hi! How are you doing today?” He always sounded beyond cheerful and had a huge grin on his face. 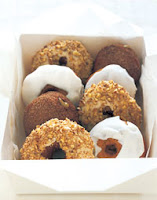 Doughnut ship counter person to ABB’s father without looking up from the task of filling someone else’s order… “I’m great, sir! And how are you?”

“I’m just horrible! Thanks for asking!”…was my father’s response in that same cheerful voice.

“Glad to hear it. And what can I get for…excuse me?”

Ah, the joy of getting cinnamon doughnuts while making someone’s brain hurt on a Saturday morning.

Responses are expected to be predictable and folks don’t want to have to listen anymore.

Which may explain why no one understands a damned thing anymore. 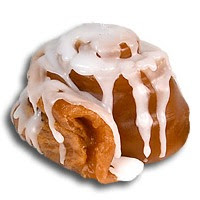 People not understanding shit was bad enough if you were stuck waiting behind my father and this bitch at the doughnut shop on a Saturday…stuck watching the painfully deliberate processing of unexpected language in what was supposed to be a predictable exchange followed by a 'I don’t get it' smile on the face of the counter person who by then had completely forgotten the order he was filling.

But things are much more complicated and there is a hell of a lot more on the line when folks encounter listening impairments with our government or some such gathering of people who don't listen and yet control a lot of important shit.

Logs off and mentally examines the odds of making it home without stopping for doughnut-based joy on the way...
at May 30, 2007

You are sooo lucky the Krispy-Kreme is nowhere near my house, or I would be surgically removing my new poundage brought on by this post just to staple it to you.

Meeces (no not Ed, he's dead) can come in the teeniest of holes. Ours liked to run in the space between the first floor joists and the basement dropped ceiling, and had no compunction about coming down out of the breaker box and watching us work on the computer. Traps of all sort failed, but one died of starvation when he couldn't get out of the paint-storage area under the basement stairs, and the other had the misfortune to be resting on the raised garage door when someone lowered it. His front half was squeezed between the joints and his back half was sticking out of the middle of the garage door. Looked like one of those stuffed Garfield back-ends you can buy to hang out of your car trunk, or a cartoon animal that has been caught in the wringer of an old-fashioned washing machine.

Make mine an apple fritter!!

At the risk of sounding like: a) I wasn't listening, and b) PETA's worst enemy, I vote for killing the little fuckers by any means necessary.

Yes, they're life, but they're also vermin-carrying rodents. It's just plain nasty to see them shooting across the stove when you come into the kitchen and hit the lights (I speak from recent experience). And the means of keeping them out--stuffing every available hole with steel wool--just means you won't be around to see them die of steel-wool induced hemorraghing (I so completely just guessed how to spell that).

So, yes, at the risk of sounding like an unhinged Princess of Darkness, I say try the snap traps yet again and whack 'em. I think it's safe to say that you've built up enough good karma to withstand any malign consequences.

Return on your shield or with it.

I've been lurking for a while. Viva le pastries! Anyhow, I understand about the dogs being anti-cat.

Speaking of which, before my cat had found all the mice, I came up with all sorts of ideas. At one point, I locked my cat out of the area where the mice were, and put out a bowl of leftover Arbor Mist after hearing that mice can get drunk. I'm a college student, what can I say?

Unfortunately, the only thing that gets rid of the mice in my apartment is the cat (though he doesn't kill them). In fact, I am amazed at how inefficient traps are. I swear there was ghostly little mouse lughter at my attempts. Though Shadow sure did put the fear of God in them....

While it's entirely true that people don't really listen to one another, I do think "how are you" is a special case. It's become sort of a ritualized greeting in American culture rather than a real inquiry.

If the sorta-beagles don't want a cat, they don't want a cat. I once had mice that liked to lick food off of the dishes in the dish washer. We found ourselves knocking on the door before we opened it because once I didn't and the mouse flew across the room and went splat on the kitchen wall and fell onto the stove and it was just too much.

Mice are adorable but they will get into seemingly airtight places and eat everything. You don't want to wake up to find mice in your cereal. Seriously.

I've heard that leaving around cotton balls soaked in peppermint essential oil repels them. Failing that, maybe the sorta-beagles would like a terrier or a minpin for company. The mice will flee in terror.

My mother once shot a mouse dead with a beebee gun, but I wouldn't recommend that method.

I use an active listening exercise I learned at a crisis line training (where not listening might get someone killed): break in pairs, have each person talk about themselves (or a topic if you prefer) for 5 minutes. After the exercise, tell them that they have to repeat as much of what they were told as they can remember. When everyone starts to protest and make excuses, explain exactly what you have outlined here in your blog. Do it again with the same group periodically to hone the skill. (each time remembering to validate the human expectation of not planning one's own comments and crafting one's own identity over listening while stressing the human dignity involved in actually listening).

PS. thanks for proving me wrong on the listening thing with the rodents. faith in humanity restored. :)