Okay, a bitch has been caught up in a major computer based drama at work that just resolved itself. 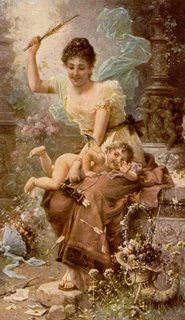 Nothing...for two fucking hours…nothing at all. It was as if the computer had passed out or something.

A bitch has had enough. My ass is tired as hell and not taking any more computer-based shit!

The machines hold the power.

But this bitch isn't the only person out there who would like to spank the living shit out of a certain Bill Gates...hard and without mercy. Yeah, this bitch would like to give Mr. Gates a wee bit of correction...how long was that motherfucking computer passed out?...yeah, a two hour spanking for Mr. Gates!

Anyhoo, a bitch is behind schedule and bitter as a motherfucker about it.

Of course, if we all used Macs at the office:

It's a good thing you love me, isn't it?

Computers are definitely manic-depressive, or something like that. Thankfully, mine allowed me to post a frighteningly telling review of BBM. Check it out if you have time! Cheers, ABB!