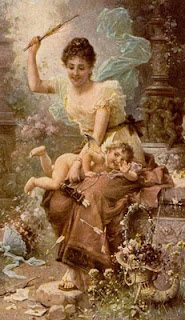 This bitch is reaching out to you in response to the comment you attempted to make to my Where we stand after the Great Primary Showdown of 2010 post, because I feel that you may have a serious problem in need of immediate treatment.

It’s best that I just come out and say it – you may be able to read but you lack the ability to comprehend.

Now, now…I’m making that diagnosis based on your over-the-top, freakishly rambling and ALL CAPS SO A BITCH’LL KNOW YOU MEAN BITNESS defense of a certain Rand Paul, who you seem to think I called a racist in my post.

As a matter of fact, I didn’t reference Dr. Paul’s comments about race or the Civil Rights Act at all.

Did anything sink in the second time around…where you able to absorb the fact that my mention of Rand Paul addressed the wrongness of his statements about the Americans With Disabilities Act?

Now, ‘tis true that many people of color benefit from the Americans With Disabilities Act…but a bitch isn’t gonna stretch that to try to make an argument that Rand Paul opposes protecting the rights of the disabled because a brown disabled person may benefit.

On the contrary, I think Rand is an equal opportunity supporter of organizations and businesses that would like to deny rights and privileges to Americans with disabilities!

Back to your condition – charging a bitch up about whether I’ve read or could understand Arizona’s immigration bill after you clearly demonstrated that you either did not read or could not understand my post was priceless.

Using racial stereotypes to make the case that Rand Paul isn’t a racist while self-diagnosing your own ass as not racist even as you refer to “the history of colored people” and “radical Negros” was delusional.

Now that's how you do it.

Kudos for a brilliant take down.

Amidst all this talk about Rand Paul, I've found MORE people claiming someone else is crying racism when they're the only ones using the word or hinting at the action.

The race card police have become the abusers. It's kinda hilarious.

Ah, yes - the History of Colored People. It will someday occur to the most noxious of these idjits that we are all colored people. TO paraphrase "HAIR" I may be Rinso White, but never invisible.

(Goes back to hockey)

The Paulintologists are upset because other people have criticized their leader for racist comments he made saying that private employers have a "right" to racially discriminate. The guy was copying and pasting a generic nutjob comment without bothering to even skim your actual blog posting.

I believe that's what you call a slapshot, no? First period, Bitch 1, Anonymous Asshole 0.

I would never accuse Mr. Paul of being a racist, he merely believes it should be an individual's right to freely discriminate and infringe upon others rights when they are of a color, or sexual orientation, or ... of which they do not approve.

We are not worthy.

This Kentuckian who is embarrassed as all Hell that this shit is going on in his home will tell you what Randy is if not a racist: he's a racist by proxy. He's all for businesses that offer public accommodation being able to discriminate. He's supported by white supremacist group Stormfront as evidenced by a recent check of their message board (they were THRILLED by his election). He had Stormfront folks shilling for donations for him on Twitter. His former communications director was found to have ties to white supremacists, as did another guy he tried to hire for a high-level position. In short, he's not a racist, but he sure is all for enabling their racist asses.

So yesterday there was a "Unity" rally for the Republicans at which Daddy Mitch tried to bring the party together. One Kentucky political blogger bought some bumper stickers there, one of which featured Obama as Homey the Clown. But no racists there, no sirree!

And FYI, I think that in this state, what will ultimately bring Randy Paul down is his opposition to the Americans With Disabilities Act, not this flare-up with the Civil Rights Act. In a perfect world, each would bring a candidate down, but not in a large hunk of this state. But I do think that the ADA comments will be his downfall. I've heard one Republican note that because she's in a wheelchair, taking away the ADA means that major companies don't have to make their businesses accessible, thus forcing her to be completely reliant on others to do things like her grocery shopping. Not even this state is that red.

If you don't mind, I am going to grab one of those cookies and hand it to the troll who recently showed up on a post of mine only very loosely related to reproductive choice and decided to pose as a pro-choicer who just loves those elective late term abortions. When I called her out, she started spamming my threads with comments about sucking out baby's brains and Nazis.

Maybe she and your Rand Paul supporter can share the cookie and help each other find a clue.