This bitch was listening to NPR the other day and a certain Donna Brazile was commenting about Senator Obama’s chances in 2008. Donna Brazile of the

Now, this bitch is on record that I have no intention of analyzing an individual before they announce…or go on record with a platform…or go on record against someone else’s platform positions. However, this radio piece got a bitch thinking.

According to Donna, Senator Obama will face the unique challenge of the Soul Patrol...you know, that group of Civil Rights activists who emerge whenever there is a viable black candidate for anything to hold that individual accountable to the legacy.

This bitch has some shit to say, so let’s jump right on in.

Some movements talk of evolutionary waves…of the pioneers, the soldiers and the inheritors of the cause. It is a challenge to balance honoring the past with empowering the future. As the daughter of Civil Rights parents I know that challenge rather well. My parents grew up in the 1940s and 1950s, joined the grassroots movements of the 1960s and struggle to harvest the fruits of that labor in the 1970s and 80s.

My father often looked at me in bewilderment as I walked through doors he had attempted to kick down in his youth…and with compassion as I faced the bigotry he bore the scars of and so wanted to shield me from.

The Soul Patrol reminds me of a bewildered parent struggling to understand its child and reluctant to hand over an inheritance to that stranger born to them.

Catch that knee! A bitch is aware that not all Civil Rights pioneers are barricaded in that tower built to protect the dream…but the South Patrol sure as shit is.

Donna B. is right about the Soul Patrol…they are as predictable as the sunrise and they are a tricky group to handle. Dismiss them and risk alienating those crucial black voters who still follow them…embrace them too hard and risk the label of issue candidate rather than viable Presidential contender.

A bitch sees the anticipation of the Soul Patrol as a good thing. A proper challenge, if you like…much like JFK facing the bigotry of his Irish and Catholic heritage. Senator Obama’s handling of the Soul Patrol will be a way for him to demonstrate his ability to execute diplomacy and balance the needs of some against the wishes of others. 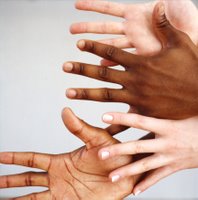 Just think of how many political challenges manifest in much the same way.

To tackle the complexity of the diverse black agenda and come out on the other end whole is the ultimate challenge for a candidate of color. Bitch about it…fight against it…it will still be there. Makes more sense to deal with it, if you ask me. It would be refreshing to see a candidate demonstrate leadership in how they address it rather than political rhythm by dancing around it.

Senator Obama has presented America with the audacity of hope and, in doing so, with the notion that more unites us as Americans than divides us.

If he runs (wink) can there be any doubt that his candidacy will be a test of that for us all?

And the Soooooooooooooooul Patrol (a wink and a nod to Brother Cornelius) for sure…
at December 20, 2006

The Soul Patrol works my nerve, but they are a force to be contended with. I don't want Obama to run. I simply don't think he can win.

If he ran he would lose simply because of his name.

you dissected that like a frog! very good reading.

ABB should be required reading. I learn so much from you-you cut right on through the BS.

This may be either a) naive or b) not nearly juicy enough for public consumption, but Obama is just as much white as he is black... his Mom is from Kansas, where they don't get much whiter (the Dakotas nonwithstanding). So why exactly is everyone jumping around about his blackness? How about paying attention to his multiracialness, which is a nice reflection of America today.

As for the Soul Patrol, he married a Sister - that alone will win him some love. I am stretching my mind to recall other strong, successful black men with black wives... still stretching.... and no, the Fresh Prince doesn't count. Colin Powell? Don't think so. Clarence Thomas? Nope. Tiger Woods? Ha! Even David Ortiz - Big Papi has an anglo mehina and lives in, of all places, Green Bay, Wisconsin in the off-season. (Green Bay? In winter? Bubba, I love the cold and snow, but even I wouldn't live in Green Bay in the winter if I had your kind of money.) Seriously... even my local guys - I live around the corner from a former head of the American Black Bar Association, and he is happily married to an Irish girl from North Dakota.

Check out the bit about Obama in this post.