If a bitch ruled the world…. 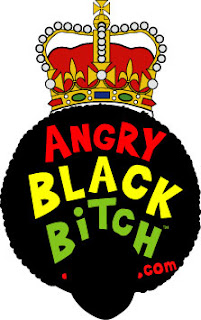 Have you ever taken stock of things and wondered what you’d do if you ruled the world?

If this bitch ruled the world I'd sport a fierce crown on my Afro...and I’d declare war on bullshit.

Oh, I’d consider declaring all manner of other shit…but even the Ruler of the Known Universe needs the will of the people to get shit done and the people don't like being told what to do or when to do it even if that direction is correct as a motherfucker.

But bullshit and this bitch would go to war.

For example, this bitch has been reading up on President Obama’s move to reform health care.

The President has invited labor leaders, politicians from both sides of the aisle, medical professionals, business leaders and even real people (wink) to the White House to discuss and debate health care reform.

A bitch thinks that’s a great start, but it opens the door to bullshit.

Opponents have already voiced their objections to anything government related concerning health care. As usual, they oppose but do not propose…a clear indication that bullshit is about to slither into the room and stank up the debate.

If I ruled the world today’s meeting would be mine and we’d kick it off with a list of known things.

46 million Americans are uninsured yet the United States spends more on health care than other industrialized nations…and those nations provide insurance to their citizens.

Millions of people lose their homes to foreclosure due to unaffordable health care costs.

It costs more to treat an illness than to prevent one…but prevention requires access to affordable health care.

And I could go on and on and on.

We’d spend at least half of the meeting on the known shit…on the realities of the health care system as it currently stands…and then this bitch would break out a marker and some blank paper and present the gathering with a challenge – let's fix this broken ass shit.

Not tinker with it…not denounce the ideas of others without offering solutions…and not piss in the bowl of reform Corn Flakes just to score political points at the expense of the American people.

It seems beyond logical to start by publicly admitting that we have a problem...that what exists today has not been, is not now and will not work.

And this is one of the most important policy debates this nation has ever faced.

A bitch shudders to think of the record setting reality denying stankified panderific 'Is that camera on?' bullshit sure to plague it.

I just watched a video on YouTube yesterday where MI Gov. Granholm said that more cars were made in Canada last year than in MI for the first time b/c workers could afford health care for their families in Canada, where they are struggling to do so in the States. People are losing their homes and having their lives ruined over health care in the States. Why is this still a debate?

And why is Obama negotiating w/ these people? It's about time someone did just tell them how shit's gonna be, and stopped asking for permission to do it. We so desperately need this.

Canada is a country. Michigan is a state. More cars are probably made in Mexico, Japan, Korea, Germany.... It's a bit of a misnomer. Comparing apples to apples, how many cars were made in the U.S. versus Canada? Gov. Granholm's challenge isn't outsourcing jobs to those dam' Canucks - it's auto industry jobs fleeing to Tennessee, Alabama, etc.

If you're not actually going to rule the world, I wish you'd at least get something like an Angry Black Bitch hotline installed in each US politician's home so you could send out urgent mass voicemails which they would be obligated to heed. You have your crown, but where is your superhero cape??

By the way, love the crown but it's not really functional for everyday use. Can Brother R. work you up a tasteful tiara to nestle amidst the 'fro for those normal days. grocery shopping.... driving the car... dusting.... you know.

BTW, I hope Hossa is recovering from the game! 'Twas a rough night on the ice and I hope he's doing okay.

I have unfortunately been receiving a lot of health care with "good insurance" which means I am covered but I a apalled at how little my care givers are receiving in compensation for my care given the fortune spent on my insurance. I am convinced that the vast majority of the cost of medical care is pocketed by insurers and pharmacutical companies. They need to go the way of scribes.

Report is Marian's sore pretty much everywhere (neck, head, knees) but is being kept out a) as a precaution and b) it gives the young Wings a chance to, ah, stretch theirs...

So what's the word, Little Sister? Can the Blues claw into that last playoff spot? And would they then be "one and done" against the Sharks or Wings? Thoughts? Prognostications? Side bets?

ABB,
I agree with you, though I think the biggest change needs to be made in the wording. America doesn't want "health insurance" they want "health care". It seems that the insurance industry model has completely and utterly failed to provide health care in an affordable manner to enough Americans. There's really no debating that this is an issue that's going to come to the fore since health insurance costs are rising at roughly three times the clip of inflation.

You got my vote for queen of the forest!
You WILL be a benevolent dictator, right?

I think American healthcare policy stinks, and the disdain re universal healthcare that's palpable from the rich bastards who can afford to pay for the best health insurance makes me crazy, and grateful for the system that we have in the UK.

Just wanted to let you know how much you make me think. Your blog is great and I love every bit of it.

To that end, I wanted to tell you that I listed your blog in a (growing) list of 15 blogs I respect, love, etc. It's actually an award meme thing and there's a graphic you can pick up via my blog if you want to.