Some play chess while others play checkers, but The Man plays poker... 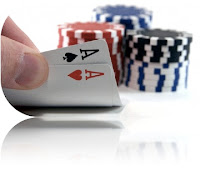 The other day a colleague handed me the Pride issue of the Vital Voice magazine.  I love the cover and the fact that so many diverse businesses and organizations are advertising in our community’s LGBT publication.  I flipped through pages…took note of the Pridefest Guide and the schedule of events for the two day festival scheduled for the last weekend in June…then came upon an article titled The State of Gay: Chess or Checkers.

The State of Gay: Chess of Checkers?

…and had several reactions, one on top of the other.

Reaction #1 – If one is going to assemble “a panel comprised of individuals within the LGBT community who represent the gamete of opinions and political identities” why would one assemble a panel without one of the many transgender activists in the region…or a woman…or a person of color…or someone from Black Pride…or someone older or a representative from SAGE?

If a panel discussing the state of gay lacks representation beyond white gay men is that supposed to send a message?

Mayhap the author was being clever?

I mean, really…that has to be the answer.  In this day and age, with so many LGBT organizations addressing and/or being challenged for their lack of diversity and inclusion, who the fuck would assemble the panel that was assembled unless they were trying to send some sort of message.

But, but wait…what if the message was that this is how the author sees “individuals within the LGBT community who represent the gamete of opinions and political identities”!

The reality is that many folks will read the article and not notice the lack of diversity in the panel...others will think that one can explore the state of gay merely by chatting up a Republican, a Tea Party member, an activist and a representative from HRC.

In a freakish way, the framing of the article is a statement on the state of gay.

My take away is not that we’ve got a lot of work to do…that would dismiss the incredible social justice and political work being done in our community by the very folks who were not on the panel – transgender activists, LGBT people of color, LGBT elders and advocates for LGBT elders and the fantabulous youth activists and grassroots political organizations like PROMO and I could go on and on.

No, my take away from the article is that the state of gay represented on the panel has a lot of work to do and that folks should feel uncomfortable even engaging in that kind of segregated discussion of the state of gay.

The article’s author states that people and groups seem to be more divided and disbanded…and seems to make the case that LGBT activism may be “playing checkers in a world where chess is the game.”

And so I learned that a game of checkers was played in a world where too many people think chess is the game.

I suppose it makes sense to point out that you can’t play either game worth shit with so many of the pieces missing.

I know, I know, my comment is going to be a whole "can't see the forest for the trees" thing, but I just can't get beyond the fact that the reporter used the word "gamete" when he obviously meant "gamut." Unless, by gamete, he meant to send the message that the opinions outlined in the article are in the very early stages of cell division.

Which, the more I think of it, seems somewhat apropos, no?

Jeff beat me to it. I was going to suggest the other option was that the author doesn't know his gametes from his gamuts.

I was amazed by the gamete too, but I thought maybe that was some hip gay community slang i was unaware of.

After all the love we've shared, it comes down to this? Projectile warfare?

You know, I read that article several times and couldn't articulate exactly why it made me so uncomfortable.... Now I get it. Then again, the entire article(and it's lack of diversity) is reminiscent of how the LGBT community works in St Louis.

15% to 25% (or so) of self-identified LGBT people vote Republican in St. Louis City and County. The article did not mention the word "Democrat" or "Democratic". This article is like the primaries - the gamut from A to B. The representatives are the people who have or come from families with substantially above median income (top 10%), are primarily concerned with taxes, have graduated or anticipate graduating from college, and work or expect to work at jobs where they can be out in Google-able print and not suffer repercussions. It is hardly a surprise when the "LGBT" Republican (or Tea Party) representatives are white men.

It seems that this town's advertisers are unwilling to buy space in an actual news-containing magazine, and prefer to buy space in entertainment-only magazines (ok, bar rags) that won't express views opposed to those of the bar owners. St. Louis readers don't demand much either.

Economics plays a role, as well as the usual -isms.