If anyone has any doubt that Senator Joe Lieberman is a complete asshole you need to slap yourself.

This man was almost Vice President of the United States…second in line to lead the nation!

Now he’s a conservative dressed out in independent clothing...and he keeps talking and giving his opinion about shit.

“Being a Republican is important. Being a Democrat is important. But you know what's more important than that? The interest and well-being of the United States of America."

No shit, you rancid asshole…that’s what you should have been thinking about instead of endorsing Senator McCain! 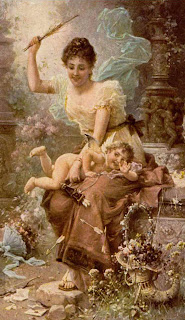 He’s evolved from a mere political disappointment into a real pain in the ass with staying power (send pointed frown to Connecticut)…like a resistant staph infection, for the love of all that’s nasty.

Senator Lieberman, you ignorant fuck, may your tongue be silent and the power of you vote sway only to the left until you get gone from political life!

"Lieberman: McCain can reunite the country."

Does anyone else wonder what the hell Lieberman would know about reuniting anything?

...and that, right there, is why I love this blog...
I almost drove off the fucking road when I heard this drivel on NPR. I was thinking along the lines of, "Lieberman, you need a good dope slap!" and I come over here and get this!

Nothing Lieberman does surprises me anymore. Angers me, yes. Surprises me, no.

Shark-Fu -- your analysis is spot on, as always. But remember the CT political scene of 2006: Ned Lamont whupped up on ol' Joe in the primary, back when Joe was still a Democrat (cough-bullshit-cough). When we Nutmeggers handed Joe his ass, Joe went out and formed the Joe Lieberman for Connecticut Party. Wha'?? And then he bought a shitload of votes and "reminded" everyone that he was too key and he wouldn't go away quietly. And he eeked out the win. So frown this way if you must, but please don't go lumpin' all of us in with his bullshit.

Could someone explain why Lieberfucker is still a Democrat.. it makes my head explode. He deep kisses bush and bends over for McCain. My disappointment can go no deeper - the dude is amazingly flexible in how his stupidity expands again and again.

You need to understand that I have Auditory Processing Disorder, meaning that my hearing is perfect, but sometimes my brain has hiccoughs understanding what I heard.

Okay. I was listening to NPR the other day, and they were going on about the candidates, including Paul. Except I didn't hear the name as "Ron Paul" but as "Ru Paul", so now every time i think of him, he's in drag ...

We're back to the Obama is a Muslim Smear, this time, via Bob Kerrey

I'm glad I don't have high blood pressure, because watching this pack of @(#*ers would make it rise.

As for Lieberman. I loathe him. What else could there be to say; he's a piece of human swine.

Just remember: It's all about Joe. It's not about integrity, or honor, or loyalty.

I've thought he was a naraccist ever since the 2000 campaign, when it was clear he wasn't going to help Gore.

And everything Lieberman has done since that point has only confirmed my opinion. I look forward to January 2009, when the Senate Dems strip him of his seniority.

Trust me, i'm not a Lieberman fan either but don't knock all Nutmeggers, we don't all totally suck... ;)

Oh fret not...a bitch's frown is tempered by the reality that my home state of Missouri also grows 'em crazy as hell too.

a a fellow Nutmegger from Norwalk, I too can attest to my disgust at Moe Kieblerman the mythical cookie elf

Um, did you notice the coordinated outfits -- sweaters under sport coats -- at the press conference? Joe and John are best friends forever. They even dress alike. Creepy.