Back on the scene pondering The Limbaugh Heart…

A bitch is back.

Did you miss me?

I took a much-needed vacation from all things political and blog related. It was the perfect vacation, because I was gone just long enough to miss this shit!

A bitch would like to clarify a recent news report that doctors found “nothing wrong” with Rush Limbaugh after he fell out in Hawaii.

I’d point out that the masses don’t experience hospital care that’s “almost like a hotel”, but that really doesn't need to be said. 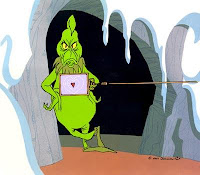 And damn it all to hell and back on a red eye if Limbaugh didn’t gift the health care reform movement with that public display of out-of-touchitude.

Anyhoo, the doctors were in no way referring to Limbaugh as a person (wrong…very wrong…rotten to the core and rancid with it), but rather to the condition of his internal organs (apparently fine, despite years of moral decay).

Come to think of it, what the fuck is up with Limbaugh experiencing what he described as a pain “like I have never experienced before" but doctors not finding anything “wrong”?

Think about it – that poor organ has been trapped within the chest cage of a truly twisted individual for years, forced to listen to all manner of crazy talk and race-baiting 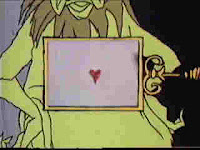 bullshit and don’t even get me started on the emotional turmoil his heart has faced knowing that it is a key part of keeping the beast alive.

Lawd, it’s a wonder it took The Limbaugh Heart this long to try to make a break for it!

At least The Limbaugh Heart was given some of the best TLC multiple millions of dollars can buy while at that almost hotel of a hospital…poor sorrowful essential organ-based motherfucker.

"Like a hotel"? Yeah, pretty much sums up Queen's, so long as one isn't in the psych unit where the bathrooms don't even get cleaned and the patients' personal hygiene isn't seen to. Which speaks to the level of medical care in this country for the less privileged and disabled. Personally, I'd like to see Rush Limbaugh have to get ER care at Wahiawa General. THAT ER has bulletproof doors you get buzzed into after showing you don't have weapons on your person.

Of course I missed you! I really like this post a lot. A body can't sit up in a chair and lie for obscene amounts of cash without a beating heart, so all evidence says he has one. But I never thought to consider its morale. Damn, that's kind of like the way he fails to consider anyone else's morale while seated in that above mentioned chair... I guess I need to pay more attention sometimes.

Wow...a grassroots campaign to free the Limbaugh Heart. Brilliant! Maybe if his heart can manage to free itself, Limbaugh can reincarnate as a REAL Christian. We can only hope.

I think it was all a stunt. Isn't it ironic that Rush was in Hawaii at the same time as President Obama? It is also interesting that he went to the hospital and they found "nothing wrong"? And why in the hell did he feel the need to give a press conference? Clearly the only thing wrong with this man is his head is too big! Of course nothing is wrong withthe healthcare system in this country with a $400 milion dollar contract.

Anon...interesting. Oh well, if it was a stunt it didn't pan out.

SEIU had some serious fun with it...

Three words: Off The Chain.

You are to much for this theory lol!! I was trying to figure out what his butt was doing in Hawaii...stalking Obama perhaps? Ay, can i get a t-shirt?

But if Limbaugh dies in Hawaii, would he have to be buried in Kenya?