Yes, a bitch saw this news report, which demonstrates why we have so much work yet to do in Missouri.

And yes, it made this bitch’s afro hurt.

It seems that certain members of Missouri’s state government have a…ummm…well, retro spin on the immigration challenge still looming before our nation.

“The lack of a traditional work ethic, combined with the effects of 30 years of abortion and expanding liberal social welfare policies have produced a shortage of workers and a lack of incentive for those who can work.”

Someone get Lou Dobbs on the line…stat!

That “lack of a traditional work ethic” shit almost made me vomit. A bitch has had a lot of experience with government folks in Jefferson City...shit, some of my favorite people work there! But some of the motherfuckers in Jeff City wouldn’t know a work ethic if it jumped up and smacked them across the face...twice.

The report in question is a great example of that.

I have to admit that they actually came close to almost clever with that shit.

Oh, what the fuck…let’s give it a whirl, shall we?

"Representatives at the committee meeting were supposed to discuss immigration reform and provide related information in a committee report, but obviously a lack of a traditional work ethic coupled with years of low expectations being rewarded by an apathetic electorate have resulted in an inability to accomplish a motherfucking task." 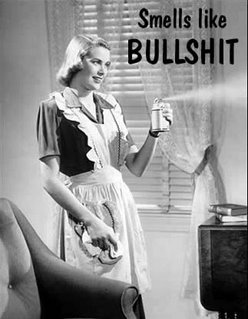 As for the “effects of 30 years of abortion”, a bitch smells a familiar fragrance.

Well then, what about the effects of the pill? Or condoms?

Mayhap all birth control shares the blame for illegal immigration?

But I’m still confused? It’s that work ethic part that I keep tripping over.

Oh fuck it all, that’s not new!

America has been there before.

I don't know how they do things in Missouri, but here in Alaska the legislature has a non-partian office of research analysts to get the facts for things like that. I used to be one, and I can tell you nothing that looked like that would have come from our office -- and I'll bet it didn't come from the research staff in Missouri. That mess was created by the GOP legislators or their equally ideological staff. I'm amazed that the Dems didn't call them on it and demand to see the official research.

eugenics? what the hell year is this?

This knucklehead (G-rated epithet) has won today's award for Offending the Largest Number of People At One Sitting. Lessee - blacks, Hispanics, other immigrants, infertile folks, folks having abortions, folks having non-procreative sex (both hetero and homo). IOW, 98% of the population.

MG - NOTHING is nonpartisan in MO.

OMG..."man on woman fluid exchanging for the purpose of child creating sex" That's the best description I've heard. I remain in awe of you.