And not the cute animated holiday kind, neither! 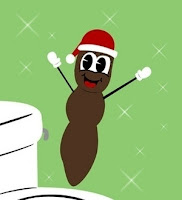 Think for a minute!

If acting like an ig'nant fool and showing little to no respect for the traditions of others was the way to get international respect, George Bush would have been crowned Emperor his damned self ...or at least Head Dumbass in Charge... years ago!

Rep. Alan Grayson said it best…"If the President has a BLT tomorrow, the Republicans will try to ban bacon."

Maybe I'm a pessimist, but "think a minute" might be a bit of a leap for the folks whos mentality you are describing. They obviously have some sort of activity going on up there, but I'm not sure I can make it to calling it thought. That could be just me, though.

Ha! Brilliant! The age of the hypocrite is officially over.

Great post! And if president GW Gump ignored all the Geneva Conventions, and ALL due process by keeping folks at Gitmo for 8 years without charge or trial (and what's a little torture between friends?), then we can't be surprised if his hick followers rag on Obama for following the proper protocols when dealing other nations - it certainly beats invading them on a whim and a lie...

First? I'm done with you for posting that picture of a turd with a santa hat on. OK? That is seriously messed up and you need help for that. I just had to say that.

Next up? Dude is ON POINT about that BLT. Okay! Remember the way these fools flipped out when he asked for dijon mustard on a damn burger?

I like Alan Grayson. Just googling and see quickly how he's been fighting fire with fire lately.

If more Democratic Congressfolk did this, we might defeat the xenophobic, racist and desperate little plutocracy-supporting gnats who wish they were once again big enough to be a lynch mob.

Delux... LOL! You know you love me. And 'tis the season for holiday poo (wink).

Or mayhap that should be Christmas poo?

Gawd forbid I try to take the reason out of the season-based poo!

As an American living out in the therd werld (over here! East of Eden! Thailand!) I am constantly making myself depressed by observing how Americans generally ignore or abuse local customs.
But what confuses the heck out of me is... let's be honest... would you rather give a respectful bow, or shake hands with George? I mean, I'd go into a mental decline from the Lady Macbeth syndrome before I could get to a washbasin.

'nuff said Angry. It's like shootin' fish in a barrel. But them fish is there and they gotta be shot.

That right there is why I'm in love with Alan Grayson.