Because it is hard...

“We choose to go to the moon in this decade and do the other things, not because they are easy, but because they are hard, because that goal will serve to organize and measure the best of our energies and skills, because that challenge is one that we are willing to accept, one we are unwilling to postpone, and one which we intend to win, and the others, too.”
President Kennedy 1962 at Rice University

Many years ago, when discussing the NASA space program with some fellow students, I questioned why a nation struggling to feed it’s hungry and clothe the poor should invest so much money, time and energy into the exploration of space. My history teacher overheard my speculation and joined our conversation with an answer - that beyond the scientific benefits and technological advances garnered through the NASA program, beyond the space race Cold War ramifications (a bitch is dating myself, but 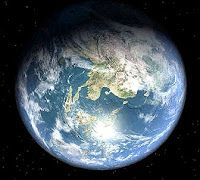 there was once a Cold War and my ass was in high school before it sorta-ended)…beyond all of that is the lesson that we as a people can make possible what was once held to be impossible if we commit to the task and reject failure as an option.

I was 15 years old at the time and didn’t truly grasp what my favorite history teacher was telling me. I was born into a world where space travel was reality and we no longer paused in wonder to observe launches and landings. But it struck me last week, as I traveled back home from Washington D.C. having lobbied Congress in support of healthcare reform, that the 40th anniversary of humans landing on the surface of the moon and the dedication and determination that got us there holds some serious lessons some folks are overlooking today.

I’ve listened to all the reasons why healthcare reform might not happen.

I’ve observed television news anchors and pundits gleefully point out the cost, the enormity of the task and winced at the lack of political unity and personal courage.

And I can’t help but think of President Kennedy’s speech at Rice University in 1962 and of that one amazing phrase regarding why we set goals like putting a human on the moon “...not because they are easy, but because they are hard, because that goal will serve to organize and measure the best of our energies and skills…” 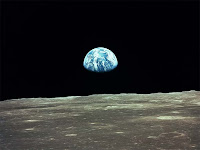 That’s what I was pondering as I flew back home having pounding the hotter than hell D.C. pavement to advocate for healthcare reform that protects and expands access to essential community providers and for coverage of the full range of reproductive health services.

And I moved forward from questioning when we as a nation became a people afraid to try shit for fear of failure because in reality many a person was afraid to strive for putting a human on the moon and that shit probably wouldn’t have happened if the then Soviet Union hadn’t been trying to do the same shit at the same time.

I moved forward into a place that recognizes that sadly human beings landing on the surface of the moon isn’t an accurate analogy to healthcare reform…people had never been to the moon but many a nation has created healthcare systems that provide coverage for their citizens.

And I arrived at the understanding that healthcare reform is more akin to America sending a human into space. 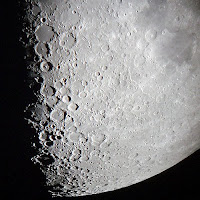 We did not get a human into space first but that didn’t distract us from wanting to get there too…rather, it made us want to get there all the more.

And we learned a lot of shit from getting an American human into space…from the process, the quest and the achievement of it all.

I see skies of blue..... clouds of white Bright blessed days....dark sacred nights And I think to myself .....what a wonderful world.

So when the time came for us to set the goal higher…to announce that the goal was the moon and us putting a human on it then safely returning that human back to earth…we turned our backs to fear and walked purposely toward getting that shit done.

The colors of a rainbow.....so pretty ..in the sky

But because it is hard.
I hear babies cry...... I watch them grow They'll learn much more.....than I'll never know And I think to myself .....what a wonderful world

Almost seventeen years ago...the Clinton administration announced that the nation’s healthcare system required reform in order for it to serve the people instead of the profit margins of corporations and the campaign coffers of politicians.

That’s damn near ten years longer than the time that past between President Kennedy’s speech at Rice University in 1962 to the moon landing in 1969.

As President Kennedy said during that speech “we meet in an hour of change and challenge, in a decade of hope and fear, in an age of both knowledge and ignorance. The greater our knowledge increases, the greater our ignorance unfolds.”

We must catch up to others in this race too and then look to the moon in regards to healthcare...to treatment and cures, advancement and discoveries, early detection and prevention.

Not because it is easy, damn it.

Debra She Who Seeks said...

Absolutely everything depends on political will, doesn't it? If the PW exists, the job gets done, no matter how difficult. Good luck to you!

Well said Shark Fu, and plenty of us have thought the exact same things lately with the 40th anniversary of the moon walk touted all over the news.

I worked for NASA, as a sub-contractor in the 70's and early 80's. The camaraderie was great and we all had a sense of purpose.

That's what is needed now..a sense of purpose and camaraderie with regard to providing health care for ALL.

Wow. These same thoughts had been rolling around in my head with all the news of the moon-iversary (?) and the desperate urgency for much more earthly concerns like getting health care reform done. I was doubting the value of the costs of the space program too, in the face of sick and dying folk here on the ground...but I couldn't rectify what a loss of soul NOT looking skyward, outward and upward would be to the human race. This nails it. And when you work to dream big, you get it all back tenfold, in ways you can't imagine. This little internet thing we all adore so much is a definite fringe benefit of the low-cost computer research pioneered by NASA. How many people have a voice now who wouldn't otherwise, thanks to the "stunt" of putting someone on the moon?

And how many bright humans and ideas will we benefit from, when they are free from the sickness, fear, and life-ruining costs of health care in the system we have now?

Thanks for these words.

The only things worth doing are truly difficult. I've found this to be true again and again: we are only happy and alive when we are being challenged.


This is also a response to people who insist that they be taught about their privilege, rather than going out and learning it themselves.

Here in Brazil, we saw similar thing - Brazilian government sponsored a space travel to astronaut of a country with a great deal or people that haven't public health, good education, security, etc. What a shame to us!

those achievements were even more wonderous when you consider that in 1969 personal computers and even pocket calculators did not even exist. that was the age of the slide rule!.
we take to much for granted.
flying back home did you bitch about the plane being late or the food being crap?. Every time we get on a plane we should really marvel at the fact that we are sitting in a seat with 200 other peaple, 5 miles above the ground doing 600mph going from one continent to another!

NASA put men on the moon with less automated computing power than is currently in your standard I-phone.

Think about that... it a) gives me goosbumps and b) makes me feel really, really old.

Is there a Pullitzer Prize for the Best Blog Post of the Year?

An eloquent argument that deserves a broad hearing.

beautiful! thank you for sharing your intelligence and wisdom, your strength and beauty, with us.