Let’s jump right on in!

A bitch’s 38 year old brother is profoundly autistic and aphasic. April may be Autism Awareness Month, but this bitch lives with autism every day of every month of every year. As a result, the realities of having a sibling with autism are my family’s definition of normal. We’re used to the sounds, the behaviors and the never 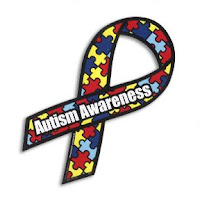 ending battle to protect and defend the services that make my brother’s life possible.

Autism is not a childhood disorder. It is a brain disorder that, despite claims made by some celebrity authors, will continue to be a brain disorder once a person with autism reaches 18 years of age. Since there have been several high profile celebrities who have a loved one with autism…and since we now know that autism spectrum disorder impacts 1 out of 150 children who, Gawd willing, will become adults with autism…many a lawmaker has championed funding for programs that serve autistic children.

And a bitch is not going to bitch about that shit, since we need to fund programs for autistic children that will likely increase the independence and quality of life of those children when they grow up.

What I am going to do is clear something up.

When Missouri lawmakers fund programs for autistic children even as they butcher the Department of Mental Health budget, the Medicaid budget and funding for social services they are issuing a delayed Fuck You to every single Missouri family with an autistic child.

Note – that Fuck You is immediate for those of us who have an adult loved one with autism.

Don’t be fooled into giving them a pass on this budget shit just because they are pandering to the voting block that is parents of autistic children.

And do not allow yourself to assume that your child will not need support…will not require a job coach…will be able to live in an apartment downtown, drive a car and so forth and so on.

I hope they will and many adults with autism are living independent lives.

But many are not and many will not - families need to prepare for that shit…need to protect the programs with make the difference between people like my brother living in a glorified institution isolated from the world or living in residential facilities while actively participating in their community.

And they are doing it despite the fact that many states received federal funds designed to prevent cuts to programs that serve the most vulnerable residents. That shit isn’t responsible legislation, y'all…it’s a classic pander.

AMEN. I am the mother of a 6 year old with Autism. One would think that state governments and insurance companies would want to throw a much money as possible at these kids when they are small, so that as they grow into adults they are armed with as many skills as possible to make them as independent as possible!

I have reached the conclusion that Autism is not a poor mans condition..LOL At this stage in the game you will need some serious bucks to provide your child with every opportunity availabe to ensure they are as sucessful as they can be. Lord knows we hve spent a small fortune on speech/ot/music therapy and much more. But it's worth it, my little guy is doing great and next month he is getting a DynaVox...he may be nonverbal, but he is NOT dumb! He will soon be armed with a little computer (DybnaVox) that does the talking for him.

Thanks again for your post. For folks who have not been touched by Autism, your time will come soon enough with the current statistics, so we should all support awareness!

Father of two autistic toddlers here checking in to thank a bitch for speaking the truth.

Fortunately we in Maryland have it a little better, with a new alcohol tax probably coming in to support developmental disabilities service and get kids off of the Medicaid waiver list - without slashing adult services in the same move, as far as I know.

I live in Kansas, and my brother will be turning 30 this fall. Like yours, that means he had to deal with the complete ignorance of the '70s and '80s (the term "refrigerator mother" was still in style...gag). So I know EXACTLY what you are talking about.

I am constantly pushing for not only funding, but also just a general awareness that those adorable (and small) autistic children ARE going to grow up to be adults, and those adults are going to need assistance for the rest of their lives, even after their parents are gone.

Awareness comes in many forms. Thanks for writing this.

Well, I've lurked here a time or two, but a bitch just yanked my heart outta my chest!

As my 11 yr old lay sleeping, I read your blog, thinking -- JUST as I suspected! JUST AS I SUSPECTED!!

These bastards are robbing Peter to pay Paul. And I'm in Pennsylvania. No matter, same bastards.

Only in PA's case, they trumped up adult services for people who are autistic, saying that they are adults longer than they are kids. Ok, true, very true.

Bitch, we gotta stick together. It can't be the parents of kids v. the adults. We just can't do that.

If some of these bastards would do what they are paid to do, some situations wouldn't wind up as bad as they do.

Yes, folks would still have autism, but DAMN, they, and by extension, their families, would also have their dignity along with it.

The Other ABB in PA

And this bitch is there with you too, my fellow ABB!!

Thanks for the comment and the reminder that the fuck you can go both ways.

Do you support a cure for autism?

Butters...
I support researching towards a cure but I also know that cure will not impact my 38 year old brother's situation. Communicative brain disorders don't work like that.

The autism community needs to be inclusive of the search for a cure, the need for early education and treatment and programs that serve adults with autism.

My brother is more than a cure that didn't happen...

YEAH, I support a cure, if that is what you mean by cure.

As a mother of a young man who has just left school and joined the adult world i am finding out first hand just what you mean.

Shark-fu, I'm very late to this but I just wanted to chime in. It blows me away how adults with autism are just left high and dry once they become adults! Has nobody done the math and realized that persons with autism will be adults a whole hell of a lot longer than they will be children?!? Drives me crazy.

I so admire your dedication to brother Bill. But you shouldn't have to fight so hard just to meet his basic needs! I will be hounding my elected officials on Bill's behalf.

A fellow advocate for persons with developmental disabilities recommended your blog to me. I feel like I found my inner voice right out here on the web!

for 12 years (from the age of 7) i was told i was autistic, i was diagnosed and treated as such, and the resulting isolation drove me to act out more and reaffirm my diagnosis. as soon as i got out on my own and started seeing a psychologist, one of the first things she told me is "you are not autistic." i think that the parameters and conditions should be refined so that your loved ones can get help and kids like i was don't burn through thousands of taxpayer dollars because of a paranoid mother. that should be our priority second only to helping those who need it.

pyre...Thank you for sharing and I agree that we need to look at the criteria used to diagnose so that folks aren't mis-diagnosed. My family's situation was quite different because 30 years ago doctors were reluctant to diagnose autism. My brother went through several years of tests before several doctors diagnosed him as autistic. Now, doctors are urged to diagnose early because of the potential treatment benefits...but stories like yours point out the potential dangers of early diagnosis as well.