Excuse me. What the fuck do you think you're doing up there? 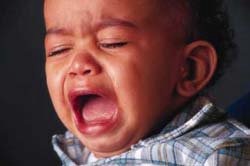 A bitch is beyond alarmed with some of the news my ass has read regarding a political shift to the right in Canada.

My Canadian brothers and sisters, you go to the polls January 23rd and now is no time to act crazy! Conservatives in the national lead? Have you lost your motherfucking minds?

Does this look like happiness, prosperity and fucking joy?

Canada and Sweden are a bitch's flee to countries should America go too far to shit. Fuck it, a bitch has to have an exit plan. That doesn’t mean my ass isn't committed, but it helps cut down on the daily anxiety.

Canada is obviously closer...and is lousy with Smarties...so a bitch is pissed off to find that Canada is exploring the possibility of shifting to the right politically!

ABB's Sincere Response...
No!! No! For the love of all that is sacred and holy. NOOOOOOOO! Chil'ren, you have the benefit of learning from our mistakes...and past mistakes...and same stupid mistakes that we should have learned from our damned selves! Lawd! Be reasonable...you don't want to be accused of copying something American, right? Well going neo-con is so last year! Been done, hon! And it’s a HUGE motherfucking mess to try to clean up…think elephant diarrhea. Mmmhmmm…nasty. Seriously, living in a conservative country at war with its own founding ideals sucks...big time!

ABB's Totally Selfish Response...
Oh no you didn't! A bitch is in the midst of planning a trip north and y'all decide to loose your fucking minds now? Oh, hell no! You must stay liberal...super liberal...so liberal they have your national flag next to the word 'liberal' in the dictionary...and not just until my ass gets done touring and debauchering. No, a bitch must have a go-to and flee country and you are it...until they drop the airfares to Sweden. Pull your ass together and cease playing!

You are one dumb nigger bitch.

I cannot believe that someone would leave a comment like that first one. Delete the 13 year old's comment!
Now, back to your posting on the upcoming vote here in Canada. Our Liberal Party has been in power as long as it has because it was the lesser of two evils. We have 3 main parties up here, the Liberals, the Progressive Conservatives, and the New Democratic Party. The Conservatives were in power about a decade ago....slashed social funding and programs, froze welfare rates, let NAFTA go through, and made a hell of a mess. Finally they got the shaft, and the Liberals were back in power. God bless the liberals! They saved us! Or so we though. Turns out that they had their hands in everybody's pockets, and are completely corrupt. For example, our Prime Minister owns Canada Steamship lines, yet conveniently has all of his ships registered in Pogo-Pogo to avoid paying Canadian taxes. So elections roll around, and who do we vote for? The Liberals? No. The Progressive Conservatives? Perish the thought...say bye bye to same sex rights. Their leader is making promises of tax cuts. Sound's great, but he cannot keep these promises without cutting other budgets further. So who's left to vote for? The NDP....which is a shame, because in the past that was the 'throw your vote away' party. I think they may get a heck of a lot of votes, but if they actually win a majority (which they won't), they'll have no idea what to do!
ABB, I have to say that as a Canadian, I love american television and freedom of choice with respect to consumer products, and of course, the best American asset...YOU (that goes without saying). America makes much better entertainment than we do up here, and have Target and Vegas, and PTown...but no, Canadians do not want to be Americans. We like having our own identity. We like not being able to claim Paris Hilton as one of our own.
I write this because the other day I received an email clip that made me want to punch someone. Who the hell is Anne Coulter, and where the fluck does she get off saying that the United States...get ready for it, because this is a quote: "Allows Canada to exist on the same continent." WTF? I watched this thinking that it had to be tongue in cheek, she must be about to say 'yuk yuk yuk, that was a joke' but no! I could not believe what that hatchet-faced anorexic douchebag was saying!
ABB, get yo' ass into the CNN world and kick that woman's ass. If you do, I'll personally provide you with a lifetime supply of Smarties!

Isn't it funny that people who use anger, racism and hate speech feel the need to 'hide'? I mean, if you are going to speak in such a hateful way, USE YOUR REAL NAME.

Anyway, ABB I am completely freaked out by Canada right now. I mean, closing there borders to fleeing soldiers was there 1st offense. Now conservative take-over?

Looks like Chavez's Venezuela WILL INDEED be my new home! Especially if people like anonymous up there continue to exist and procreate in this country! eeeek!

I am still amazed that people are still amazed that people such as anonymous are alive and well and spreading their nonsense across the planet. I hear racist comments daily, and not just limited to any one race. People casually drop phrases such as "I jewed him down" and "dot head" and the "n" word and I am always appalled, but never shocked. There's a lot of ignorance out there.

Canada is my go to country too....If they go right politically, I'll then have to look to Switzerland... better start practicing my german...

My $50 is right behind yours. Fuck that ignorant motherfucking shit.

I bet you $50 that Anonymous' is one of the following:

Ah, hiding like a coward under a sheet and a hood...

Uh huh - I see anonymous doesn't have the balls to say what he/she/it has to say without hiding. Spineless bastard/bitch! If you had any brains at all you'd know that this is one very smart bitch you are talking about. Atch! I've no time for the likes of you.

Wow... I can't believe it took this long for some ignorant, attention loving fool to post that kind of comment. These barbaric mother@#$ers do this for one of two reasons: Either they really are bigots or they like to cause a dust up. Either way, it's a sad, sad means of expression. To paraphrase Einstein, why bother keeping that frontal lobe, fool, when for you, the brain stem would suffice? There are plenty of words in the English language that could be used to desicribe AngryBlackBitch. Let's start with the A's, shall we? Awesome, Analytical, Angry (of course), Aware, Alert, Attentive... I could go on. Whatever, cowardly asshat.

and another thing. i have a friend that calls herself a beautiful black bitch. she says it stands for
Beautiful
Intelligent
Truthful
Courageous
Honorable

As other have said, Canada's version of "right-wing" would be considered moderate to "left" in the US. Really. It won't get as extreme--we can keep a tighter leash on them.

Heh. Oh, and Larry Campbell, on whom the character of Dominic DaVinci was based, is in the Canadian senate. Should be fun.

just to help people out so they can have the splc info right here without searching for it...so they can send donations too:

You can also download a form (PDF), fill out your donor information and mail your gift to:

The form can be found here:
http://www.splcenter.org/donate/other.jsp

ABB, i have to work my donation (matching your $50) into a tight budget so i sent $25 today with the handy dandy one page form and will send the other $25 next paycheck.

p.s. i love to read your blog.

re that wonderful anonymous comment: typical, but here's a twist - in Canada we get 'we're not racist against Black people' (WTF??)

re Canadian election - what I am banking on is a minority government led by the Conservatives - so the rest of them can keep a rein on the rightwing BS. The Liberals were caught with their hands in the cookie jar and they're getting booted in the fine old Canadian way: when you're pissed at the current one, trade them for the other. At least the discussion about the Conservatives 'hidden agenda' is so wide that even their leader has tried to assure people he won't be able to do too much damage because the Senate and civil service are full of Liberal appointees (again, WTF?)

The real difference this last couple of years is that the NDP - often bedevilled by the spectre of 'spends too much' though they've never actually held power - has seen a serious revival, and in fact held the balance of power in the last minority gov't. That meant they could coerce the gov't into putting in key provisions in the budget like a national childcare program, etc and it wasn't a big deal because we have billions in surplus now - the $$ is there, yes, our lousy little liberal country has billions in surplus - we just need the political guts to go there.
So I am hoping that works out again - though this time, just keeping the Tories from dismantling anything.

The fact is, there are 4 parties in Canada - the Bloc Quebecois are a Quebec-only party but since Q. has a huge % of the seats, they're a real entity - and they're leftist, something people rarely mention because they're pissed at them wanting their own country. My point is, there's more than one party looking out for civil rights... and the Bloc really, really hates the Tories.