Oh how sweet it is!!

Hi y’all!
I’m still recovering from surgery, so posts will come as they fit into my meds-sleep-eat-walk around-repeat routine.
Here’s one that’s been a long time coming!
Longtime readers know that a bitch and my sister are co-guardians of our older brother Bill.  Bill is autistic and is in a residential program that grew out of the school for autistic children he attended when he was a wee one.
In many ways we’re lucky – we’ve been familiar with the program since we were kids, Bill’s grown up with the program and we’ve all found a way to get shit done despite massive state budget cuts and a neglectful lack of funding.
And in a lot of ways we’re typically challenged – ‘cause of those massive state budget cuts to the Department of Mental Health and the neglectful lack of funding for jobs programs and so forth.
I moved back to St. Louis in 2002…to the city while our brother lived in the county.  He wasn’t as far away as he was when I lived in Texas, but visiting was challenging and random drop-ins where damn near impossible.  Randomly dropping-in is key when you have a loved one in any sort of managed care – you have to see how things are when staff doesn’t know you’re gonna be there and doesn’t have time to prepare.  And regular visits are beyond key to maintain a relationship with my brother – he’s aphasic and doesn’t communicate through the phone, so we rely on face-to-face interactions.
Not long after my sister and I became co-guardians we inquired about moving Bill closer to the city.  That has turned out to be a seven year long process that’s been delayed because of funding issues, finding the right roommate match and securing affordable housing in a safe area.
Moving to the city has been a part of my brother’s Person Centered Plan for years…and for years it’s been copied and pasted into next year’s plan with little progress having been made.
Until this year…until 2010…until funding sources emerged after some sort of language changed (gotta love government drama!!) and rents went down and roommates emerged...and finally we got word a few months ago that Bill was approved to move.
That approval triggered a process to find housing that all roommates & guardians agreed on…and my sister Crystal took on that project like a bad-ass Sister Polar bear (What? Everyone knows Polar bear are way more fierce than Grizzlies…wink).
I’m grateful to her for finding time where there wasn’t time to look at houses and pressure staff who just wanted to check something off their to-do list…
…because a couple of months ago we found an amazing house less than 10 minutes from our home.
Less than 10 minutes instead of damn near an hour away!!!
And the house is near parks and shops and sits in a fantabulous neighborhood for walking about...a lot of the things Bill wants and a bunch of things he needs. 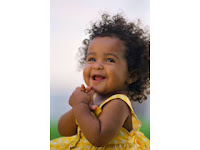 It’s close enough for random visits from pesky sisters who just want to say hi and make sure their brother is eating his veggies.
Hooray!
My brother moved into his new home yesterday.
Even though I’m too weak post-surgery to visit yet, I’m damn near bursting with happiness and joy!
It’s been a long time coming…
…and oh how sweet it is!
at December 01, 2010

Oh, that's phenomenal! I love success stories... gives me hope for the future...

Congratulations to all of you!

That's great, Bitch, gotta help a little with the recovery too! Happy Holidays to you all!

Win all around! Congratulations on achieving this, and admiration for the serious amount of persistence this obviously took on the part of you and your sister. Hope the new arrangement is great for all of you.

This is so excellent.

That's wonderful news! My older brother still lives at home with mom and dad (heck, ALL of us are living at home at the moment. It's actually kind of awesome).

I know thoughts of where my brother will live when my parents can't care for him any longer are always in the back of our minds, so it's just fantastic news to hear that you found a place so close to home.

Hot damn, this made me cheer! Congrats to your family.

Sappy as it sounds, I'm literally crying after reading this and I'm extremely happy for your family, especially your brother.

That's great to hear! You and your sister are a great model of how to care for others who can't care for themselves.

With so much to be angry about these days, it's always a relief to read about the system working (slowly but working) toward a positive outcome! I'm especially happy that it worked well for you and your family rather than another sad example of the Matthew Effect at work (those that have will be given more).

A big +1 to the above comment! Thank you for sharing such good news!

Congrats on your successful surgery and your brother's new home.

Yay! You and C-Money are wonderful sisters. Wishing brother Bill many years of happiness in his new home.

I wish every adult with autism had a bitch as a sister. Your brother is a lucky man!