Yesterday my sister and I headed over to see my brother Bill for dinner. Bill is autistic and likes his meals at the same time every day, so we made sure we had enough time to pick up barbequed yumminess and get to his house by 5:30pm. When we got there, Bill was in great spirits. He wasn’t making those intense high-pitched sounds that mean he’s frustrated or annoyed. His face was clear of raw patches, so he hadn’t been picking at it as he sometimes obsessively does.

Eyes clear and bright, smile firing off at a thousands watts…there he was, working his way through a barbequed chicken as if he were in a race against the clock to win a million trillion dollars.

Almost a year ago, my brother jumped out of a moving van in heavy traffic.

We still don’t know why…he’s aphasic and lives very much in the moment, so we probably never will…but that incident has changed a lot about our visits with him. My sister and I no longer feel comfortable driving him…our fear over his safety is only heightened by the fact that we don’t know why he jumped out of the van so we don’t know how to prevent it from happening again. And my nerves were bad before spending several hours in a hospital holding his hand while doctors and nurses marveled over his lack of serious injury.

Driving…or rather, being driven (trust a bitch, you do not want him behind the wheel...wink)…is one of my brother’s favorite things. But my guilt over not taking him out in the car is tempered by my concern for his safety and my personal anxiety level. He has regular outings with staff from his residential placement facility…he goes out with our family friends…but I’m just not ready yet and I’ve given myself permission to not drive him about until I am ready.

Anyhoo, we had a nice dinner with Bill. He ate and we enjoyed watching his eat. Lawd knows he loves food in general and barbeque in particular. And Bill also adores soda pop. He’s only allowed soda pop as a treat for health reasons and he now approaches an ice cold glass of cola like this bitch approaches a sometimes food dish of dulce de leche ice cream. Before his jumping out of the van accident we used to drive to a local convenience store where he could pick out his favorite pop and some chips before we’d drive through our childhood neighborhood then return to his home. Now, we bring soda pop and snacks with us to his house. We’ve all adjusted to the change…and Bill doesn’t seem to mind as long as he gets his pop…but yesterday we were told that, due to some roommate drama that did not involve Bill, soda pop was no longer allowed in the house.

Shit, shit, shit and another shit.

had brought with us and I sat there wondering how I could respect the house rules and still give him his treat. We had the pop in the car but, since he wasn’t allowed to bring the pop into the house, we’d have to give it to him outside. After getting the okay from staff we made our way outside and I internally fretted that Bill would get upset by being outside next to our car but not getting to go for a drive.

But he didn’t get upset, thank the gods.

He carefully poured his soda pop into his cup and took small…damn near elegant…sips.

He spun around the driveway and sang some song of his own creation, filling the air with the soundtrack of absolute joy.

Off in the distance a storm was brewing…a clear line between the peace of the moment and the disturbance that could come. I listened to Bill’s music and laughter while watching the clouds fold into each other, heavy with rain and hail and drama, and thought them a clear message from nature. 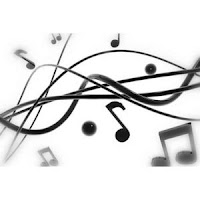 We’re lucky if we can see a storm coming,

...twirling and singing songs in the key of cola…

if we can prepare and prevent damage or pain or upset.

Laughing a laugh so sweet it brings tears to my eyes…

But balance comes when we can dance in the moment knowing that the storm may just as likely pass us by.

...followed by a loud burp before a final sip of cola…a hug for both of us and a kiss and a bye-bye wave…then off like a flash back in to the house.

As my sister and I drove away I couldn’t help but savor that good…just solid good.

There we were, our father’s children...Sonny’s kids…grown ass people enjoying a Saturday evening together.

Healthy…so perfectly imperfect…happy even though we know that the storms will not always pass us by.

Our father’s legacy, bless his soul.

And may he keep on keeping it real in peace.

Thank you for sharing your common moment of notsocommon happiness... it brought some to me as well. I lost my father to suicide and didn't get to know him, and I've had to be a "father" to my bi-polar son, cuz his daddy doesn't know how to love someone who is perfectly imperfect. But I do, so here's to you and your loving siblings and perfect imperfection! God bless!

I comment so rarely I almost hate to zoom in on this, but if someone told my loved one they suddenly couldn't enjoy a soda in their own home I'd be asking them who died and made them emperor.

Would Bill tolerate more secure measures in the car? Leelo never jumped out of the car, but he did get out of his seat and get violent while we I was driving down the road. We put him in a five-point-harness. We tell him it's his throne, everyone else it's his NASCAR seat because that's what all the race car drivers use. Of course similar seats for adults are five million dollars. Sigh. Sad that Bill doesn't get to ride in the car anymore, but safety first.

Wow. Interesting glimpse into your personal life. I recently read an article in maybe the NYTimes that a woman wrote about her adult autistic son. We hear so much about autistic children, but very little about the adults they become or the challenges they or their families face.

Even here in Canada, where we have universal health care, mental health is one of the things that too often slips through the cracks.

Sounds like your family has found a relatively stable situation for your brother. I hope it remains so.

Best wishes to your brother and your family. Your path isn't easy!

"He spun around the driveway and sang some song of his own creation, filling the air with the soundtrack of absolute joy."

This is so beautiful. It's clear that you love your brother very much. Your sharing of this private family moment is proof positive that a Bitch knows how to be "poignant" when it's called for. Your blog may be labled angry but you're not (at least not always). You're just a Sistuh keeping it real. Keep doing your thang girl!

Although I enjoy reading all your posts, I believe I might be partial to the insight shown towards your brother. The stories are beautiful, yet pointed to the simple pleasures we all need as a wake up call. Yes your father has quite a legacy and I thank him for you/your writing. Thanks for being there!

Squid...Actually, we've got an organization coming in next week to assess the potential of a harness. I'll let everyone know how it goes. I'm still pretty freaked out at the idea of driving him in the Cabrio, though, but a harness may allow us to take some steps forward.

A bitch came close, but Bill's roommates have adjusted for him in other ways so 'tis only fair that he adjust a wee bit for them.

Plus, they managed to say it without pissing me off...a bitch has to reward that shit (wink)!

Lovely piece. Bill's handicap (we all got 'em, some more obvious than others) is really only a minor detail in the story. What shines through as much more important is the simple joy of sharing pleasure with your family. Thanks for helping me keep this in mind. Best

That was lovely. I can picture it all in my mind!

Thank you so very very much for this post. As I cope today with my son and all that his mental illness brings into my life, your post has given me much needed strength. I am reminded that chronic copnditions like autism and my son's schizophrenia can sometimes be a mixed blessing. It is often difficult to focus on the blessing part and become overwhelmed by the imperfections. Thank you for the eloquence and the honesty.

Have you considered having your brother sit in the back seat and engaging the chid safety latch on the back doors of the car...he wont be able to open the car door when u flip the little switch on the car door.

tnt5150...
Well, Bill was in the back seat of a mini-van with the child locks engaged when he made the dare-devil leap that started all of this.

He's quick and he jumped into the passenger seat and out the door before staff could stop him.

Thanks for the idea, though!

If your car has rear seat child protection locks that might be a solution. You flip the switch and the rear doors can only be opened from the outside. That and lock the power windows and he's not going anywhere.

Wow. That was a beautiful and powerful Father's Day story.
I love this "...twirling and singing songs in the lokey of cola…"
Thanks for making my day a little nicer.

That was a wonderful tribute on Father's Day. '
I love this: "...twirling and singing songs in the key of cola…"

Father's day is an interesting event for daddies! I washed his car as a gift. =)

Thank you so much for sharing the magical moment!

Thanks so much for sharing! Its hard sometimes communicating 'bad news' to family members, so I know how ugly that could have been.

I feel blessed to know your brother is surrounded by a real 'support' staff. As you probably know sometimes 'support' is just the title!

Gawd, I am so glad there isn't any lasting problems with Bill's jump last year..has it been that long already?

You made me cry with this post..a good kinda cry of course..not a bad cry. And I think I started weeping when I read this line:

I so heart you Shark Fu. Your writing can bring out so many emo's for me..this time, they were good ones. Thanks Sweet Woman. ;)