Update #2 – Why does it look worse as it gets better?

Thanks again for all the well wishes regarding Bill!

And a bitch is having some problems with that even though it isn’t stopping him from eating pizza and asking for soda pop every five minutes. 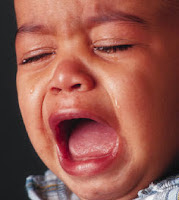 I just can’t stand looking at him and seeing the facial outcome of jumping head first out of a moving vehicle even though I know that it could have been so much worse and that all that swelling and bruising is part of the healing process.

I fucking broke down whilst driving yesterday to some new Coldplay song.

Coldplay, for the love of all that shouldn’t inspire snot based sobbing!

C-Money, a former ice hockey manager during college, offered up the frozen peas to the face tip – he’s actually keeping that on for more than a second and doesn’t try to eat the contents of the bag because Bill hates peas. Hopefully the swelling will go done soon.

Anyhoo, things are mending and now a bitch is getting down to the bitness of making sure this shit doesn’t happen again.

I’ve got another sobbing fit scheduled for Friday evening (I'll opt to hold the Coldplay though - Donny Hathaway’s For All We Know is a much more satisfying song to sob to) with ice cream and a solid 8 hours of sleep to follow…
at July 24, 2008

Best wishes to you and your brother.

I cannot imagine. Much love and peace to ya!
Kamrin

I had a really bad car accident seven years ago. Mama G was fine until I got out of the hospital. She lost it only after I was home when she saw me changing one of my bandages.

You were strong when you needed to be - go ahead and cry now so you can be strong again. Take care of yourself, Shark Fu, or you won't be able to help your brother.

I wish you deep and restorative sleep. May your friends and family help you to stand tall and may they also catch you when you fall.

My poor girl. You, Bill, and C-Money are in our thoughts and prayers daily.

I am so sorry. You cannot control or change your brother's autism, and that must be insanely frustrating to you, especially when things like this happen. As you said before, you can't even ask him why.

Strength and empathy to you and to him.

Shark, take it from a bitch who has had some facial trauma, it looks worse than it feels, and it will look better. Promise. Stay strong!

It makes me very sad to see that your overwhelmed by it all, as well you should be. Sending a huge cyber hug and a cosmo your way!

You know it's stress when you cry to Cold Play. Enjoy your rest.

Oh Sweet Shark-Fu...I peeked in to check on you after our meeting at BlogHer and find you in this place.

I wish I could come stand beside you so that you could lean on me while your brother leans on you.

I found you to be so inspiring, and all this comfirms that first impression.

Keep on keepin' on. This gal in SF is cheering for you.

Good lord, Shark-fu, how awful! Poor Bill and poor you! WNG is right: if you're strong when you need to be, you get to break down over Coldplay or any other nonsense. I hope he heals up fast. You should let the Greater Blogosphere know if there's anything we can do to help.

Yes, as he continues to heal, u will continue to freak from worry, while he goes along his merry way. Hang tight Shark Fu, u are doing all u can at the minute! Sleep well to be refreshed!

if it's OK for bill to use homeopathic remedies, arnica is the best thing around for that kind of bruising. you can get it at most health-food stores.

Oh, honey, I've been off the 'net for a week, and look what happens!

I'm so, so sorry for your bad scare, and I am sending healing prayers to you, and of course to dear brother Bill. If I had a way to get pizzas and pop to you, I would. Take good care, rest and heal.

Oh shit. I thought you went on vacation and so haven't been checking your site.

Sending you and Bill the very best -- and most compliant -- healing wishes.

[Shudder] Jumping out of a moving vehicle onto pavement, I was waiting for the absolute worst when I read that.

Given the circumstances, I have no idea what to say next, so please, just accept my best wishes.