A quizzical about the “sex talk”…

A bitch just stumbled on this article about a study that found parents are waiting too damn long before having the “sex talk” with their chil’ren. As someone who volunteers a lot with teens and young adults, I could have told you that shit. Far too many youth are getting their information from books, television, movies and their friends…and the STI and unplanned pregnancy rates in St. Louis city are just one example of the outcome of sexuality illiteracy. 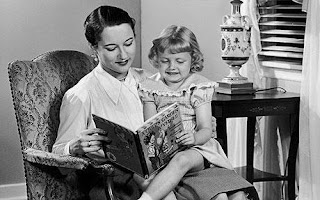 But something about that headline didn’t sit well even though on the surface it seems accurate…something just isn’t right there…um, oh wait – yes!

Is the issue that parent’s are waiting too long to have some coming of age super heavy “Mitzi, you are a woman now…” conversation with their chil’ren…or is the problem that our society is so hung up when it comes to sex that parents spend early childhood censoring everything from cartoons to music due to sexual content and then read in some book that some specific age would be a good time to start discussing sex so then they spring a sex talk on their chil’ren that is awkward as hell and gets them nowhere in a hurry only because they (the parents) over sterilized like modern day Puritans in the first place?

A bitch is not a fan of censoring the world for chil’ren. In my opinion, parents should be there to explain shit to their kids and to put shit into context…not cleanse all references to sex from all things as if sex is a naughty bad thing that adults do because we can’t help ourselves and our flesh is weak and blah, blah and blah.

People need to focus more on sexual literacy, maintaining sexual literacy and having a healthy positive attitude toward sex throughout their lives. That means that discussing our bodies and ourselves has to happen throughout our lives and not just when young women get their period or chil’ren start getting hair down there.

The study referenced in the article fund that chil’ren want to discuss sex with their parents…and that’s a good thing.

It also found that parents don’t want to discuss sex with their chil’ren…and that’s a problem that impacts all of us.

I concur! A touchy subject but one that like virginity will have the pain of its discomfort lessened by simply doing it over & over till you find the spot!

It boggles my mind that parents don't / won't talk with their children about issues so vitally important to their well being.

Love them enough to talk with them. Often.

You are right, of course. I agree with you yet, as a parent, I can also tell you--even though I am by far NOT a prude---how hard it can be to actually have "that talk" with the kids, you know. And don't think that the kids themselves don't get all uncomfortable at the idea of their parents having sex! I would like to think that I was open and informative, and that I also provided reliable books for them. However, now that they are all adult, two of my kids tell me that I was actually not very informative and just gave them a book saying "if you have any further questions, ask me" whereas my youngest one says I went the other way, with way more information than he was comfortable with at the time. So, go figure! Unfortunately, them darn kids don't come with a set of instructions of how to go about it...

Best to you, Shark Fu!

I know I wasn't the only kid that grew up in a house were sex was always an open discussion...come on let me see those hands...lqtm

I think that the only reason why parents have a hard time talking to their children about sex, is becuase they themseleves are uncomfortable with it. America has made sex so taboo that just using the correct terms for body parts are considered dirty...My daughter is now four almost five years old and I'm pretty sure she can tell you where babies come from, and how they got there in the first place. Why or how, you ask, does she have this iformation at such a young age? Simple answer...She asked and I told her. There is no such thing as a right age for talking to yur kids about life. Especially when they come to you and ask you about things.

'Mommy why am I a girl and Smitty is a boy?'
Because you have a vagina and Smitty has a penis...
'What's a "Ba-gina"?'
And then the books came out (the ones with pictures) and we talked about our bodies. We also talked about not letting people touch our bodies, and not touching other peoples bodies...and so on and so forth. And when I think she has a better understanding of life I will explain love between a man and a woman, that is unless she asks me then I don't have to play the 'is she mature enough to understand' game...

A lot of the problem is that many parents are waiting for the schools to teach their children about sex...I took 8th grade health class, and they go over the basics pretty well. Telling you about your body parts and what they do, but school doesn't teach you what love is, nor do they teach you to respect your body enough to not do or take extra precaution when you do participate in certain acts. And they shouldn't have to because it's not the teachers' job to instill morals and values in our children.

Another problem I see (mostly from uber religious families) is that instead of explaining to their seed the ways of love and sex, they condemn it, and say it's bad and you have to stay a virgin until you're married and the conversation just ends right there. Leaving the childs couriosity to wander to other sources of information, less knowledgable sources. They go to their peers, who also have little to no clue what they are talking about. They look at the images on TV...and we all know that the good clean folk on the tube don't have STDs so it's ok to sleep around and go all Sex in the City...

Your children should feel comfortable and safe with you. they should feel as if they can come to you and tell you or talk to you about anything that's on their minds. And we as parents should never be afraid to talk to our kids about anything, we are supposed to protect our young and ensure that they grow up healthy mentally and physically. That means that punk ass parents are going to have to come out of their shells and start conversing with their kids about sexual matters. And soccer moms need to stop trying to censor everything. (If you were offended by that last statement, then you just bought yourself a new pair of shoes...Now let it do what it do)

Shark Fu, I like the links you posted, but what about a site for those of us with young kids (9 and 6) who want to talk about stuff that is age appropriate? My kids already know where babies come from, and that it isn't appropriate for anyone to ask to see their private area or underwear, nor is is appropriate to ask anyone the same. Touching others = not appropriate for kids, touching yourself is totally cool, just not in a public setting. I imagine the talks will get more involved as we go, and there really isn't a set time - this is all discussed along with who they sat with at lunch, what their homework is, and all other life stuff.

Please read my blog topic #12-"Your father the devil"

j9 - I'm reaching out to an expert I know and will get back atcha!

well said. my parents have been very open about sex with me since the 2nd grade (which is perhaps a little too early for some) and i'm very grateful fort that.

As a middle school teacher, I could have told them that too! We have AT LEAST one student (usually in 8th grade, so 13-14 years old) who is pregnant every year. So far there is only one this year, but we still have plenty of time to go.

I don't even want to get into the sexual details of the notes that get passed around!

As a middle school teacher, I could have told them that! Each year we have at least one student (usually 8th grade, so around 13 years old) who is pregnant. This year it is only one so far, but we still have 6 more months to go. Last year, in a different school, we had a student on her SECOND kid.

And I don't even want to start thinking about the content of half the notes that get passed around.

We had an interesting conversation on this topic at school; educate your children, sex ed should become obsolete (heaven knows it was for me)

Also, know that the teacher educating your child should be able to provide you with a plan for how they are going to educate. Read it. My teacher informed us that condoms don't work and that we got syph from people having sex with sheep.

There's a case coming up, a mother in a neighboring state (sorry I can't be more specific I can't remember) wasn't permitted access to some Christian organization that provides sex ed for her daughter's school. They taught a bunch of lies, like you can get an STD from mastrubating and condoms don't work. She's taking them to court for failing to provide documentation and evidence. I'll be following that when it comes out.

Shark Fu, you hit this right on the nose. Keep blogging what needs to be heard, I appreciate it! :D