On the domestic spying story...oh, and a digital fruit basket for Frontline!

When news broke about the federal government’s domestic surveillance program, I was shocked.

Shocked, I tell you!

Not by the scope.

Not by the companies and agencies involved.

No, I was shocked by the shock…

…and apparently Brother Rob Thurman was too.

Longtime readers know that Brother Rob gave this bitch my blog for my birthday many years ago…and that he has since moved back to Kentucky to get his farm on…oh, and that he freakishly jumps up in my head by having the exact same reaction to news-based shit.

Anyhoo, I came home one day late last week and fussed with at my sister C-Money about the fact that this spy story shouldn’t have shocked people.

“Well, have you heard about the domestic spy story breaking all over the place? Didn’t this story break years ago?”

That’s when I screamed at Brother Rob to get out of my fucking head.

Tis true that the details are new…the companies and agencies involved are newish…and the masses have reason to be outraged.

But we couldn’t help feeling for the folk at Frontline who gave us a damn good look at the probability of this shit back in 2007.

“President Bush described his anti-terrorist measures as narrow and targeted, but a FRONTLINE investigation has found that the National Security Agency (NSA) has engaged in wiretapping and sifting Internet communications of millions of Americans; the FBI conducted a data sweep on 250,000 Las Vegas vacationers, and along with more than 50 other agencies, they are mining commercial-sector data banks to an unprecedented degree.” Frontline - 2007

…but this story is being reported like a brand new breaking news story of never before heard of shit. 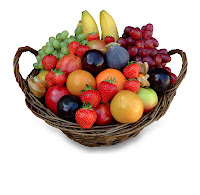 And that’s got to work a reporter's last nerve.

So, Brother Rob and I decided to gift the good folk at Frontline with a digital fruit basket.

We were watching, good Frontline folk!

Do tell. What happened to this man?

When I saw the new I thought wasn't this the doing of the Bush Admin. I was like this is not news. I find it all suspect. Who is this guy and why didn't someone come forward before? He seems like some kind of plant, given his background how did he even get the job he had?

And it goes further back than 2007.
Just check out sleeze-bag Ed Meese (THAT Ed Meese!) and PROMIS software.

All of the US 'defenses'[sic] rely now on computers with Chinese assembly and the trapdoor in them.
Game Over!

Re: Paula Dean.... I learned a long time ago to keep my mouth shut when someone is revealing themselves to be an absolute ass, so I'm just sitting back and watching her implode. But seriously, where are her PR people? Shit, Trent Lott handled his public display of racist nostalgia better than this and he's a damn fool!

I hope all is well with you and your summer.

I think the big difference is that it is our first Black president the one who decided to continue and expand this atrocity. Thank god to that. Otherwise, the American public would have continue ignoring it.