This bitch has had enough of the rain…ENOUGH! Slipping and sliding while out and about is bad for my nerves.

Now, a bitch has some shit to say. 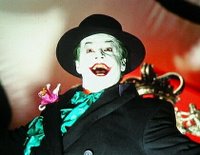 Just jokes…
What the fuck? Every now and then a story will hit the media and remind a bitch what privilege is. The announcement yesterday that three men were arrested in connection to the recent rash of church fires in Alabama is one such story.

But wait, a bitch is striving for accuracy. Three young, very young to the point of being boys, and in college with their future in front of them, white...or was that non-ethnic...Christian college attending, poor judgment using innocents were arrested for burning churches in Alabama. 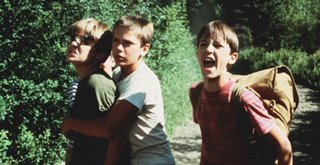 Someone help me, now!

CNN got dizzy as a motherfucker last night; they were spinning this bullshit so fast. The men…ummmm, kids….er, oh…ummm, young and in over their head youths…simply did it as a joke, got in over their heads, have been written about in the school paper in regards to their theatre aspirations and didn’t mean for things to get out of control. They are ‘good guys’ and ‘never gave anyone any trouble’ with ‘strong academic careers’ and ‘bright futures!

Well, shit…shoot them past jail straight to parole!

What the fuck are these people seeing, because is sure as hell isn’t reality?

Cease reading off the alleged arsonist’s resumes as if they matter…as if America should simply shrug and grin over this shit…as if their backgrounds absolve them.

And yet behold, chil'ren, more bullshit on display!

The Today Show lead with the allegations being made against a club bouncer in the recent NYC slaying case…a black man under investigation in the brutal and sadistic killing of a young college student. Yet no lead-in mention was made of these suspected arsonists, who are actually in custody and being charged in connection to a fucking spree.

Were the hell were the cameras? What, no mug shot? How about a nice 20 minute video segment of their moms at 3 o'clock in the morning looking tore the fuck up?

neighborhood with SWAT looming behind some faux concrete wall erected on a carefully kept lawn down the block.

Guess that just didn't seem fitting for this story, huh?

Jokes? Pranks? I CANNOT believe this bs. A prank is tp'ing somebody's yard. Burning down churches is ARSON.

I totally agree!
These three are just some stupid men who thought burning churches was a joke.
What kind of person thinks that kinda stuff is funny???
The father of one man was on TV after he just found out his son was arrested and said he had to wait until he got all the details. HELLO!! They confessed, your son and his friends are birdbrained buffoons, deal with it.

Its sad where ever the lads came from. Should we be harder on whites or easier on blacks?

Singapore has the perfect answer; White or black, do not destroy the lives of those so young just yet, but cane the HELL outa their asses raw!

As I said before, other humans have solved these problems.

While I definitely see the severity in what these grown up men did...comparing arson to a young woman who was raped, tortured, and then smothered with a sock while packing tape was wrapped around her head is a bit extreme if you ask me.

oh. my. gawd... preach it sister. these are 19- and 20-year-old MEN who apparently got stuck in the pyro phase we all hopefully leave behind in early adolescence. i'm not really sure what the joke was, but i'm sure the punchline was hi-larious!

at least they heaped the shit on themselves by "covering" their tracks by BURNING 4 MORE (blasphemy alert) GOD-DAMNED churches.

here's my question: what the hell are alabama's college admission requirements when people that stupid can get in? jesus to gawd!

thanks abb--i've been needing to rant about this subject since the boys... er... kids... er... fuck it!--men got caught. i hope the slap on their wrists hurts like a bitch and leaves a permanent mark.

This is off-topic, ABB, but I just wanted to let you know my Nestle Smarties arrived, and you are absolutely right. They are the righteous fruit of God and His Angels! Thank you many, many times over for you posts on them. Otherwise, I would never have known what I was missing.

And back to on-topic. Are these three innocents related to Dumbya? I mean, their left hand doesn't know what their right hand is doing, and the conservative media is taking up for them....but then the conservative media is controlled on the faith-long-gone propoganda-pissing mega churches hell-bent on destroying the little guy (just like the rest of Corporate America).

May they piss in their own Cheerios. Like any empire, they're rotting away from the inside. When the rapture comes they will crumble and there will be a lot of "I never knew you"'s thrown at them, because God is justice, even if they arent.

I just about died when I saw that "just joking" bullshit. What the hell kind of joke is that? "Hey, you know what would HILARIOUS? Let's go burn down a church!" I'm just saying, I managed to learn the fire-is-not-a-toy lesson by the time I was 7 or 8.

As a middle-aged white male, I couldn't agree more with your comments. I am so tired of the apologetic culture that is so rampant within suburban America. If these felons were of any other enthnicity, the suburban elite would have risen up and condemned them to Hell. Yet, because they are white male Christians, they get a pass.

i am just as angry and not at all suprised. they are criminals, yes they are children, but they are CRIMINALS!!!

and if they were such good kids then why didn't they know that they shouldn't set fires to a church or any other building? if it was just one incident, then i could see it as a stupid decision by stupid kids, but this...

thanks for sharing this when everyone else seems to want us to let it slide.

That was my exact reaction to the church burning arrests as well. A person who burns down churches and then says it was just a joke/prank gone bad is a sociopathic arsonist who needs to spend some serious time in a cell and get their head straight. Appalling.

Were people still confused to what "heathens" are, per your usage? Look no further than the three dumbasses this story's about.

Anyone who burns a church is a criminal and should be treated as such. period. Plus how can CNN go easy on them when in the same segment they are coming down hard on a NY bouncer in relation to a kidnapping and murder without any supportting evidence whatsoever....

I suppose the 'take home message' for all of this is that there are consequences...whether white, black, yellow or brown, our crimes have consequences.

The inequality that comes with 'processing' criminals is based on economic status which of course translates into racial inequality...ugh! How can we change this? OUr country was founded on these racist/classist principles and people in power really like the fact that they exist!

Anyway, I don't know what to do about racism anymore except continually discuss the fact that there is no joke about it. Ugh. I hate it. All of it is stupid and a waste of time. When will we transcend this crap?

89 more days until Holland. Can't wait to get out of the fucking states for a bit!

These little bastards are terrorists. Homeland Security needs to ship their sorry asses off to Club Gitmo!

In the vein of Uncivil's comment: Homeland Security should be all over their asses. If those men were, let's see, anything other than white, I think it's safe to assume that Homeland Security would have gotten them on a plane and off to Unlisted Prison/Torture Facility #whatever in some country we theoretically do not do business with. And HS and such would have done it before we knew much about it.

As for these 'innocent' 'boys' and their 'prank', a prank might be playing with fire/burning something in a church, dropping it and accidentally having said church burn down. More than one? No way in hell. 10? That's serial arson. That involves forethought, planning. No matter who these men are, they deserve to be treated as serious criminals. Torching 10 churches -- or any 10 religious establishments -- qualifies these guys as dangerous, malevolent beings. And they should be treatd as such under the law.

As for their wonderful grades and shining futures: they should have thought about that before they played with matches. Over and over and over.

All I have to say is that with this kind of posture on criminality, no wonder Fastow is only getting 10 years for fucking everyone's world with Enron. He'll be out in 8 years. He'd do more hard time if he held up a Quick-E-Mart with a water pistol and stole $17.15 from the register. Certain criminals "just made a mistake" ... other folk are "persons of interest" and guilty before trial, and throw away the key after.