Oh shit! Hide your chil’ren and lock your doors, because a bitch has a day off of work, the sun is shining and it’s Friday!

Sadly, this bitch has to take care of some personal bitness today. But at least my ass can be a lazy shit while doing it (wink)!

In the never ending interest of clarity, a bitch is compelled to respond to a certain Anonymous comment to yesterday's post on the Alabama arsonists. 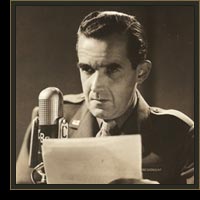 This bitch isn’t in the business of comparing one crime to another, Anonymous. My ass was comparing the coverage of the crimes based on the status of the investigations and not the atrocity meter.

See, in a bitch’s world the media would provide this long forgotten thing called perspective...maybe some facts too...and inform the public rather than inflame them or create a false sense of conclusion-based safety when nothing has been concluded or resolved.

Color my ass delusional, but this bitch doesn't think the public is served by journalists over-reporting speculation and failing to follow-up on that which they have previously speculated about.

That, my dear Anonymous friend, is a discussion of the media coverage and not a comparison of a brutal rape and murder to a series of arsons.

A bitch is on record regarding the Iraq War. The war is wrong, the foundation for going to war was false and we have rubbed salt in an open wound by proceeding to execute this flawed shit poorly. Having said that, a bitch is concerned that we are about to pour more salt in Iraq and that more innocent lives will be lost in the process.

This bitch is not a military theorist…thank Gawd. My ass is a lifelong student of history and the history of The Man leaping in to take shit over, suck the lifeblood out of a region/country/colony and then leave in a blur only to look back of his shoulder in false shock when chaos breaks out is lengthy and disturbing.

Which brings us to Iraq. Over the past several months there have been calls for America to leave…to withdraw our forces and let Iraqis handle Iraq. A bitch understands these calls come from a place of compassion. Those of us who opposed the war are horrified by the death, destruction, fear and general drama. The need to just back off and apologize for the next 100 years is overwhelming. 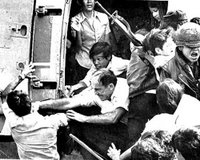 Yet even as history shows us that backing off might not be the way to go we are faced with the reality that we're most likely not the folks to fix this shit. It’s like taking a rabid dawg to your neighbor's birthday party, watching it go crazy for two hours and then abruptly leaving while shouting ‘sorry!’ as you rush out the door. The regret is legitimate, but you might want to take that rabid dawg with you. Oh, and help clean up the mess, pay for the medical bills and counseling and so forth. But maybe your neighbor doesn't want to look at your face for...well, ever again?

So, when a bitch and C-Money heard this on the news this morning…heard Rummy mouth off about any civil war resulting from our botched attempt at nation building being an ‘Iraqi’ problem for ‘Iraqis’ to deal with we were dismayed.

But what the hell else can we do?

The problem is that we aren’t the nation to make it all better now. Creating chaos and not having the skills to deal with it sucks. Yet, we're we are and our options are limited. If we stay we will be fueling resistance to any Iraqi government…plus, people don’t want us there. If we leave abruptly, we will have destabilized Iraq, amplified cultural division, allowed Al Qaeda to move in where they never were before and thrust a system upon a people against their expressed will and in no way for their benefit as citizens. And the very people who couldn’t come up with a plan for war are now charged with coming up with a plan for peaceful withdrawal.

A bitch is beyond concerned.

My ass thinks about Vietnam…and what happened after America called fubar and then jumped ship. So many promises, such poor execution, so many lives lost, so much pain and suffering…and then we up and left. And Vietnam was left to clean up the mess, bury the dead and rebuild alone.

Perhaps that is war...those left behind must pick up the pieces.

And perhaps this question is not for a bitch to ask. Maybe we should do the unthinkable and ask the people of Iraq what the hell they want us to do?

Do they want us to just leave, to leave and take that rabid dawg with us...or stay and help pick up some of the mess...and then get rid of the rabid dawg after explaining that we now know better than to take one to a party? 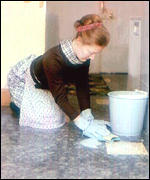 And where the hell is Super Man when you need the earth circle backwards, for time to turn back and make this never have happened?

My Grandmother was right...some messes you avoid 'cause you have no fucking idea how to get the stain out.
at March 10, 2006

If you are a student of history, then you know that history is written by the winners of conflict, not the losers.

I heard a white former South African once say: "I was born and raised in Africa, I am an African. So when I become an American, am I not an African American?"..."Then why can I not get minority entrance points for college?"..."Am I not discriminated against?"...

Since Black Africans won that conflict, maybe you would like to comment? From an historical perspective of course.

From now on, I'm comming to your blog to get the news as it should be told!!!

I swear......sometimes I think these pricks in the news media, lay awake at night just dreaming up shit to write, just to see how pissed of and stressed out they can make mainstream Americans.

It's a "News Media" scam just to make us loose our friggin minds!!!!

With all due deference, Bitch, I can no longer enjoy the bitchiness of your blog as I have succumbed to the pressure.

The hardest part for some of us, is that we remember saying way back before the war started, that it wasn't going to end well, and there was going to be no good way to leave. That we were going to take out a dictator who was a big piece of shit and leave them with a HUGE mess. I wish I knew the answer, but at this point, I don't think there are any good ones.

great analogy--you hit it spot-on. (and add to it the fact that it's just common sense that you don't take a rabid dog to a birthday party... and plenty of people told us not to.)

the whole thing does make me feel rather hopeless--i have no answers. there is nothing, at this point, that won't result in more carnage... i only hope that the midterm elections will help restore a bit more balance and maybe bring some intelligence and rationality to the whole deal.

i am so with you on this one. what a mess we've made. and what makes it worse is that we seem to have none of the tools to clean it up.

and again...thanks for your honest coverage of the church burnings.

Were you at O'Connell's the other night? Say, Wednesday night? I think I had an ABB sighting, and wanted to check.
*L*

Psssssst! ABB! Pssssssst! In this post you refer to Vietnam, but the picture next to it is clearly German after the U.S. Bbombed the shit out of it. I think it is Berlin, but not entirely sure. I am sure that it is not Vietnam. Take care ABB. Peace and love!

Shark Fu wrote: "My Grandmother was right...some messes you avoid 'cause you have no fucking idea how to get the stain out."

Ain't that the truth! But those arrogant, entitled sumbiches simply don't give a rat's ass about all the spilled blood they've stained Iraq (and the world) with-- and the rabid DAWGS they not only brought to the party, but they infected with rabies in the first place! Then they built the tall backyard fence and locked everybody in there except themselves.

I sure do. In a major way that weighs heavy on my heart every day.

I also wonder almost every day: what will it take for people to remove the scales from their eyes, ears, minds, hearts? I sure don't know. But 'we've' mad a mess over there and 'we' should be held accountable as we should hold those accountable who created and got us and the world into this mess.

I feel deeply and terribly for the people of Iraq (yes -- you said it -- the same way that I felt for those people in Vietnam and southeast asia). They've gotten it both coming and going.

I wish I could believe in some concept of justice in the hereafter -- I'm just too much of an agnostic to believe it exists. All the more reason to hold all the warmongers accountable in this life.

Thanks for more thoughtful writing -- kinda reassuring that one is not alone in the larger universal sense, when one is pretty much alone down here in rah-rah-we-love-bush-land.

PS: will you be watching the Sopranos sun nite? A short escape from the brutality of reality? ;-) Oh -- and did you catch the Nina Totenberg NPR report on Sandra Day O'Connor's recent warning speech which apparently blasted certain right wing GOP-ers?

You know what I love this bitch so much that you're now officially the first roller in my blogroller!

I just started my blog, check it out: www.absolutbashizzle.blogspot.com

Asking the people "what they want" is the best idea I have heard in awhile. Have to ask ourselves, who are the people? The interim govt, Shiites, Sunnis, Kurds. You'll get different responses from each group, and few, I think, non violent suggestions.

It's all a part of the casualties of war, Bitch. A Princess agrees with you, wholeheartedly. There are times that we should look the other way, let people have their own regime and when that hits home soil, then we can go about the bizness of gettin' freaky on them. However, we are not the supercops of the world. We have a trigger happy President in office right now who is going to do a lot more damage before 2008. I pity our next President, because they are going to spend the next 4 years undoing the damage, sending apology notes and buying flowers...just because. I think Iraq is a lost cause at this point. I believe our troops have done the best they could under the circumstances, but it is time to let the weary come home. It's over. It needs to be over.