Lawd, it feels like we just went through this presidential election business!

Oh well, here we are again…and now is as good a time as any for a post on gaffes.

But in the world of politics what is often excused as a gaffe is more likely a well-placed bit of code language proven to turn on the most wretched among us.

The same reporters who excuse those well-placed bits of code language as gaffes have been and will continue to be used…kind of like the journalism version of a drug mule who continues to buy the bullshit that the racist/sexist/homophobic/bigoted/oppressive words alleged to have “just slipped out” weren’t spewed forth intentionally. 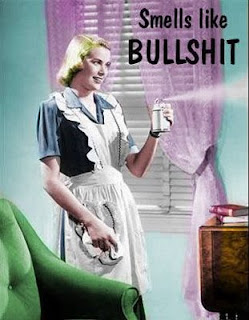 In 2008, the list of rancidity sent out through Clinton surrogates and then quickly excused as a mere verbal malfunction-based gaffe was so extensive that Jack and Jill Politics created a wiki.

And all of the sudden shit looked intentional as a motherfucker.

Suffice it to say I was not surprised when I stumbled across this Politico post absolving a Santorum minion for slipping a dose of 'anti-Muslim/racist/not-America/well,that is a weird sounding name' nastification into the political atmosphere.

The introduction of gaffes into the mix is as predictable as elections being held in November.

Shits bliss, and some people are blissful.