A bitch caught this news item on whether it is easier to raise boys or girls and…well, I’m quizzical.

I’ve never trusted research that is based on gender stereotypes. Coming from an academic background in Anthropology, a bitch knows that there are no absolutes and often even the more than likely averages tumble when confronted with reality.

So, when I read a question like “is it harder to raise boys or girls?” my knee jerk reaction is about a 4.5 on the Afro pain meter.

Note – a bitch is not a parent and has never played a parent on television, but I do have two beagles (1 Theo and 1 Betsey)
Anyhoo…

How does one answer that question if you are a parent, caretaker or guardian of chil’ren? 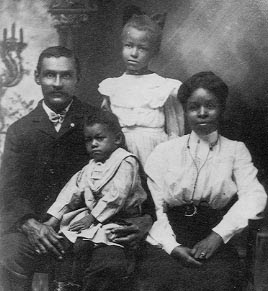 If your daughter…we’ll call her Mitzi…was challenging to raise, is that a gender issue or is it more about Mitzi?

Or if your son…we’ll call him Biff…was a contrary pain in the ass from jump, is that because he is a boy or is it because that’s just the way Biff got his childhood on?

I’ve heard this all before.

Boys don’t listen well because their hearing is different.

Girls are insecure and lack confidence.

Boys are harder when they are young but girls will drive you up the wall in their teens.

I’m reminded of my own childhood and of the many times the adults in my world sent out those messages of what was expected of a young woman.
Hush…girls don’t talk loud, interrupt or make demands.

Soften up…girls give comfort and maternal support.
Then I think about the messages sent to the young men in my world.

Speak up…boys speak their minds so you need to assert yourself!

Give us a frown…after all, boys will be boys and public displays of frustration are to be expected.

And then I go back to the question…is it harder to raise boys than girls?..and I can’t help but think that it needs some rephrasing and redirecting toward children and away from parents.

Mayhap “is it or was it hard to grow up?”...followed by “why do you think it is or was hard or difficult?”

What I'm about to say isn't about bad or good. I have only a sister, I have 3 daughters. Then I had a granddaughter. I had never experienced a boy. Then I had grandsons (3). I would watch their choices and their interests and think over and over...their so different....not bad or good....just different..from day one.

Loved the points in your post and the way you expressed them.

As a mother, I will say this: when doing laundry, I never had to check for rocks in my daughter's pockets. It was a step I couldn't afford to miss for my son when he was pre-kindergarten.

He did, however, love his cabbage patch doll as much as she loved hers. However, unlike her, the first time he laid eyes on a Barbie doll, he examined it, touched it's hair a bit, and then turned it into a gun.

That shit took the kind of male-like imagination that I've never once seen in my daughter or her girl playmates.

I believe sexes are more alike than different because we're human first, but I'd never agree differences don't exist... although, they are exaggerated by cultural expectations.

Great assessment. Outside of biology, I don't think anything's really natural. It doesn't make sense to deem something as "natural" when we're all born with a clean slate.

A lot of ppl don't like the nature vs. nurture argument because it doesn't allow for them to be comfortable with what they've accepted as cultural and gender norms.

My question was and still is...

Why did my mother always say:

THAT'S why growing up was hard. Parents don't give directions, references, reference points and then 'expect' that children must know shit when they don't. Parents need to provide information and be good role models....

Children DO imitate what they see despite the parents insistence againt it.

I have four daughters. My oldest is 27, my youngest is 7 months. (Um, yeah, I thought I was premenopausal - hah!)

My youngest (of the grown ones) was a sweet, loving, obedient little girl, and is a kind, generous and self-assured adult.

My oldest was a handful when she was a toddler -- whoo lawd, she was a bad--uh--I mean challenging child. When she was 19 months old and acting a damn fool on an airplane I threatened her with a time out and she looked around slowly, looked me in the eye and with much attitude said, "Where?"

Her adolescent years were much the same. But, at around age 18 she matured, and her intelligence, spirit and independence have made her the easiest to parent. (Yes, alas, parenting definitely continues into adulthood.)

So, nose thumb to those who say girls are always easier early.

I guess the researchers on birth order would weigh in on my little bit of anecdotal evidence, so...

I say, kids are individuals. It seems to me that if they think, feel and behave differently, they are going to require individualized parenting, regardless...

Great post! I had 1 son, twin dgts., all were a handful but all learned to clean house, play basketball, & had duel 'gender' roles. They grew up to be self-confident, educated adults. So that question means nothing to me to try to compare 'which is'???

Mainly because the oldest boy is just this side of 13, so technically I don't have any teenagers yet.

I will say that oldest boy - whom I love dearly, but don't tell him that - has been sullen, pissy and whiny since day one. Only recently has that started to change. Yes, he's actually making for a pretty nice pre-teenager! Go figure. He's smart and sarcastic. What more could I want?

My girl is a carbon copy of her dad - just simply a very nice person. If she's going to be hard to raise, she's going to have to undergo a MAJOR personality change. Of course, hormones could make that happen...or not. Truth be told, I think she's going to be just fine. I think the only thing she really needs to know is how to say "no" and mean it.

Youngest boy is a rollercoaster ride of intellect, sensitivity, emotion and expression. He's probably going to be the toughest to raise and he probably won't leave home until he's 28. We may have to move and not tell him.

I love raising my two sons - as a single mother, they are my devoted mama's boys (in a good way,not in an apron-hugging, spoiled rotten way).

I've always said that I could not have a daughter because I could not raise another me without killing her. But, truth be told, if we could get thru the teen-age years - if she could absorb even a tenth of what I had to pass down to her - she'd be the fiercest, most self-confident, ass-kicking (while still maintaining her compassion) chick ever!

Girls and boys are socialized to behave a certain way from the second their born and wrapped with a pink towel or a blue towel. So, I'm not entirely sure how one would go about answering this question accurately, or even why the question is being asked.

Such studies are just feminist bullshit passed off as "science." My and every parent I know experience is that, while challenging, boys are over all easier to raise. Boyhood behavior has been vilified and girlhood behavior almost worshipped now for 30 years. The result is young men with self-esteem issues andyoung women, who are convinced the universe revolves around them.

I had that same knee jerk because I have two girls-one is very 'girly" most of the time, the other would eat worms if I let her, while riding a backhoe. People mistake her for a boy (which is another issue entirely)

We let them find their niche-we guide them, set examples as to what can be done, and let loose. I don't much care if people can label their behaviour with gender-I care about their maturation and development.

And we have never used the "do as I say" thing-I hope to never do it because I'm in total agreement with you.

Its socialization. Kids give back what they take in...

Lawd, have mercy...an anonymous anti-feminist blame women for trying to shove that boot off our knecks commentor!!

Get real, son...if the past 30 years looks like worship to you then you have failed to earn a seat at the grown folks table.

Well, I wrote here about my fabulous experiences in motherhood (anti-Bill O'Reilly rant included, absolutely free!) ....and I just have to say, I don't think I would have worried as much about a boy, just due to the pregnancy factor alone.

But GOD I thought I would have a stroke before she grew up!!!!

exactly, ABB. with most of these social "studies," the researchers seem to go in with a basic set of cultural assumptions, and then surprise! the studies fulfill them.

i was a total hellion as a child. moody, angry, with violent outbursts where i would throw things against the wall. i was a tomboy, which was supported in my house.

then i grew up to be the kid who went home when my mom first got sick. i have a very close relationship with my mom despite the years of crazyness i gave her as a child. who knew.

we had dolls, but we managed to usually tear them to bits or lose them. my mother wouldn't allow my brothers to have any guns or gi joes and one of them joined the air force as an adult. again, go figure.

"exactly, ABB. with most of these social "studies," the researchers seem to go in with a basic set of cultural assumptions, and then surprise! the studies fulfill them."

Please don't mistake pseudoscience for valid research in the social sciences. Dr. Sax is a noted pseudoscientist, and where his "research" intersects with language, the linguistic community has thoroughly rejected his ideas.

You can start with the rebuttals of his problematic arguments here: