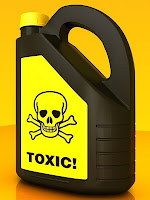 I’ve spent the last month engaged in some of the most frustrating debates I’ve ever experienced over federal funding for life and cost saving programs. The U.S. House vote to cut Title X funding is a classic case of politicians using the weapon of government to attacking an organization to the detriment of the people. Even the reigning King of Rancidity, Rep. Mike Pence of the infamous Pence Amendment, recently admitted that Title X programs work. But Pence could give a shit about that – he’s shamelessly waging war against Planned Parenthood while the anti-choice faithful fall dangerously in line during the current budget battle that puts one the most successful public programs on the books in peril.
So here we are – the Senate is the theatre and Title X funding is the political football.
Woo followed by hoo.
‘Tis a shame that some folks have a hard time understanding the simple fact that Title X programs save tax payers money, save lives, and are deserved of additional funds not funding cuts.
But Lawd knows that the only thing that brings on a case of intellectual lazitude quicker than a discussion of health care is a specific discussion of women’s health care.
Pause…sip coffee…continue.
The scary thing is that the new House has a pattern of doing this stupid shit.
Example – the new kids on the block in the House of Representatives have also cut 93% of the funding for poison control centers.
Poison control centers are used by regular folks like this bitch and by hospitals too.
Calling poison control saves lives and…wait for it…it saves money too.
Gasp.
I’m not kidding…if members of the House have their way, calls to 1-800-222-1222 will no longer connect folks to the life saving and cost saving services of the American Association of Poison Control Centers.
And never you mind that for every $1 spent on funding poison control centers we the people save $7 in health care spending.
The GOP dominated House is sending a message with their 2011 budget…
…and that message is that these fools need a crash course in Public Policy 101, stat.
Beyond the drama of what this legislative malfunction would mean for people (who will have to make decisions without advice), for 911 operators (who will have to give guidance without being able to get advice from the hotline), and for hospitals (who would now be faced with the 75% of exposure cases that are currently treated at home because of poison control centers)…
…beyond all that shit is the harsh reality of what bad budget moves mean to communities across the nation.
Treating exposure cases in Emergency Rooms that should be treated at home is expensive as hell.
Funding programs that end up saving more money than they cost is good policy and should be the easy everyone-agreed-on-that-one-so-lets-move-on-now additions to the budget.
And this flawed budget cutting frenzification gutting funding poison control centers is the exact same fucked up from the floor up flawed as hell process these same ig’nant fools have applied to Title X.
My people call this toxic.
Blink.
at March 22, 2011

I had an argument about this very thing with an aunt over on FB. Said aunt couldn't understand why simply charging Poison Control Center callers a 'modest' fee of 35 bucks each wouldn't pay for the centers and still save taxpayers money.

We aren't a wealthy family, or even close, but sometimes my relatives have no idea what kind of burden that sort of thing can place on poor families. Or else they think "those sort of people" should've known better to have kids in the first place - at the same time being staunchly anti-choice.

I love them, but they make my head hurt.

I think the phrase my mother would have used is, "Penny wise and pound foolish."

But as long as people have their reality TV shows, most people don't care, or even notice. Panem et circenses, without the panem.

Thanks, I think, for this post. The willful stupidity of this move is Gob-smacking.

People pretend that education is always pretty and fits into a neat box. The Poison Center drama is ludicrous. But, we can't be surprised. If poor people are forced to buy healthcare, they require more credit to pay for entertainment. They'll only get credit if big business can rape their grankids for money that the parents don't have. All the while, the uneducated masses are offering free publicity, propaganda and unwittingly doing their part to keep American products in high demand to the 3rd world countries quickly resembling the American ideal of low-income... And now, we discuss Planned Parenthood ; )

Why don't they ever cut the Pentagon's budget, or stop giving themselves raises, or decrease the amount that we the people pay for their insurance? Let's end the wars we are waging in the Middle East. That would save loads of money.

you know what... I was also a victim with a toxic once before. Luckily I was able to recover from a fatal outcome.

Harmonics the idea of communication and chemistry between two people. Chemisty Harmony...Are we vibing? There are no harmonics between the republican party, poor and middle class people. The harmonics are between the rich and the republican party. Todays republuican party has promised to the rich to make them aristrocratic of the 19th century once again. With no middle class sharing in power or wealth. Shall we go back to the Great Gatsby's line "The rich get richer and the poor have more babies." Shall we work for menial wages at the control of the baron (corporate giants)? Do you really want to go back 1950 to every household living in a 2 bedroom / 1 bath home with one car a Ford in the drive way. If we keep taking politics and the republican party foregranted that is what will happen in the future. You might be dead but your kids and grand kids will be suffering. If you are a baby boomer under 55 years old, your golden years if you have not planned poperly will be a scarey movie. The thoughts of a seniopr citizen in 5 years or less "Let me see should I pay for surgery, go with out it, buy medication or canned dogfood for meatloaf for dinner tonight or pay rent and be sick or become homeless and healthy." Oh and don't get me started on you grandkids. You get the picture If we allow politcs as usual, we not taking a part in them we will be strewed./ shiucks we might all have to get a shot gun and a 38 to fight of racism and your neighbors kid. They wil be putting less money in education. Let me ask a question why does the government invest only 5,000 dollars per year on a child for education and 94,000 dollars per year for a juvenile in incarceration? Let us remember we are in a capitalist nation and profits are beiong made at any cost to you or I. Corporations profit off the labor of the incarcerated. The state of South Carolina has no other industry except the Criminal Justice system. That means everyone in the state is impacted positively economically by the system. So the more inmates they have the better. We must all register to vote tell our parents and children, sisters and brothers, pastors and Priest, friends and enemies to get out and vote. President Obama is not the issue, our future and our chidrens are.