Yesterday was a full on festival of entertainment and socialization for this bitch!

I kicked it off by going to my friend Jeffrey Ricker’s birthday party (happy, happy to you!!)…and loving on all the adorable dawgs in attendance...and eating too much chocolate…and then eating more chocolate, ‘cause it was there and I’d already eaten too much so why the hell not keep on going.

Then we headed home to feed our dawgs and get ready for an evening at the St. Louis Symphony Orchestra.

A bitch digs me some classical music…I though you knew!

And the St. Louis Symphony Orchestra is all that with an extra dash of fierce…a true local treasure in my book.

Anyhoo, the fantabulous Yo-Yo Ma came to town for a gala concert with the St. Louis Symphony Orchestra (SLSO). C-Money scored tickets through her college alumni club (behold, the power of Crimson!!). So, after the birthday party we headed to Powell Symphony Hall…and can I tell you, every time I go to Powell Symphony Hall I end up wondering why it’s been so damn long since I’ve been.

After an enjoyable time sipping bourbon and people watching, we took our seats and settled in for the first performance of the night - Schubert’s Symphony No. 8 (otherwise known as "Unfinished"). David Robertson got his conducting on and SLSO played the hell out of some Schubert. 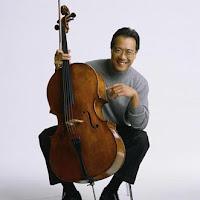 After a brief break, Yo-Yo Ma and his cello took the stage.

Yo-Yo (we’re not close, but a bitch feels like we’d be brunch buddies if we lived in the same city) made Dvořák’s Cello Concerto come to life!

‘Tis a rare gift to experience music played with passion, joy and power.

And watching Yo-Yo Ma perform was a once in a lifetime kind of gift for me.

It was over to quickly, but then Yo-Yo may came back for an encore! He borrowed the first cellist’s cello (a bitch thinks the conversation went something like “Dude, are you using that?” from Yo-Yo, to which the first cellist responded “Sure, no problem man” even though he was really thinking “OMG, Yo-Yo Ma is going to borrow my cello and I left my iPhone in the car so I can’t even twit pic this shit!!” SHIT!!) and then proceeded to dazzle us all over again.

We got the ultimate bonus performance, y’all…and it was like asking for a three piece with a pepper and getting an extra piece, a biscuit and honey for free!

C-Money and this bitch left Powell Symphony Hall (we didn’t go in for the post concert Gala) on a classical high…but the evening was far from over, because my beloved St. Louis Blues (sans T.J. Oshie who had his ‘pendix taken out and is on the Jell-O eating bed rest list for two weeks) played a hockey game while we were getting our classical on.

Thanks to the magic of DVR technology, this bitch was able to catch the symphony and not miss the game. 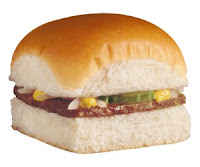 But vodka and White Castle cheeseburger yummification made suffering a loss to the goonified Stars less awful.

Oh, don’t even try to tell me that we were the only people who satisfied our crave for White Castle after the Symphony.

Okay, maybe we were in the minority there but a bitch suspects those Gala attendees thought about it real hard…

Anyhoo, all in all it was a fantabulous day of super social outgoingness.

It was mad fun. Terrific recap of a great day. If only T.J.'s appendix hadn't gone wonky followed by the Blues powerplay going wonky it would have been perfect.

I am there with you... I had the infinite joy of seeing Yo-Yo Ma and Murray Perahia perform during a winter subscription at the Montreal Ladies Morning Musical series (different concerts, but in the same series if I remember correctly) years and years ago. They were young, and so was I, and my heart swooned and I just knew, as you do, that we could be the best of pals if I had been born on the same planet as they were. So glad you enjoyed the concert. So glad to hear Yo-Yo Ma has not lost his charm, nor his passion for music. A rare thing indeed.

I completely understand the need for White Castle post-symphony. My family and I are in LA, and our single greatest lament about the symphony is that there is NOWHERE close by to go afterward for a snack unless we want to go through the McDonald's drive-thru, which would be no. So you just go on!

sliders! yum!
That's the thing I miss most about the midwest. Whenever I go back home my first stop & last stop is at WC.

When I'm desperate I get frozen sliders at the grocery store & nuke them, but of course it's not the same. Isn't that pathetic?

I love White Castles...there are none in Texas. (sigh)

You just had one fantabulous evening!

I dunno, I think after vodka sliders I would have dreamt of Yo-Yo charging the crease, complete with a nasty cello crosscheck.

A couple of years ago, I saw Chita Rivera dance, so I understand your joy.

All you were missing to make the evening complete was a Concrete from Ted Drewes.

Back when I lived in St. Louis, I made the occasional Powell-to-White Castle run, and on more than one occasion I saw some other symphony-clad folks in line waiting for their fix.

Or should I say "their order"?

Rileysdtr, if Yo-Yo had been on the ice Saturday night the Blues might have had a chance! No way in HELL Yo-Yo Ma would have been let those Stars goon him up!

I haven't been to Powell Hall since I was in grade school. And that was a lonnngggg time ago.

I'm so broke I can't do much of anything.