Marketing in the month of blackness... 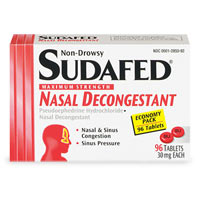 Lawd have mercy! A bitch is out of Sudafed and my head is killing me!

My ass has been working myself into a fit trying to set up an RSS feed for this bloody blog. Shit! It looks so simple, but this bitch has some sort of blog-based mental impairment. And a certain group of NARAL people have sent down the challenge, so this bitch is determined to succeed. Mmmhmm...this blog will feed via RSS or my ass isn't angry, black and a bitch!

Fuck it…a bitch is going to solicit help. Uuugh! And this had better not be completed in less than 5 minutes…which would highlight my inability to do simple assed computer based shit.

Jesus…is it too much to ask for directions to be written for technology challenged bitches? 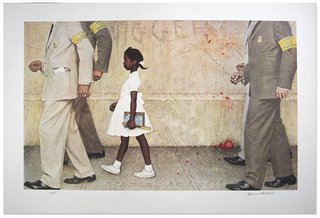 A bitch is always amazed at how many companies fuck up their Black History Month advertising. Clearly they feel compelled to advertise...they wouldn’t want to appear as if they didn’t adore black people…but some sustained marketing prior to the 'we love black people' February push wopuld be wise.

If a bitch had a dollar for every radio ad announcing some random company's commitment to diversity/community support/education/cultural celebration that only runs in February a bitch could afford Sudafed for life! It’s not that the sentiment is off…but can’t they just advertise the car/product/food/whatever? Actually most of them can’t, because they only run ads on black radio, in black magazines or on black targeted television in the month of February.

ABB's note to advertisers…companies that actually market to black people and invest in the community don’t have to announce their commitment to diversity like it's news every February. We already know. Those companies can actually market their products or programs! Amazing! 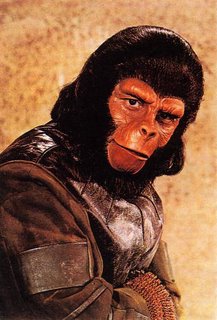 History Month. Mmmmmhmmm. For example, they may have set up their web site to suggest primate specific films to potential customers searching for films about…oh, let’s say Dorothy Dandridge or Dr. Martin Luther King. A bitch may have gone online and searched for such films and been directed to also consider The Planet of the Apes.

Let’s say that company, having enjoyed a year of being diced and sliced in the press for their alleged (wink) fiendish business practices, has this new primate film pimping for black movie searches situation blow up in the mass media. Gasp!

Whatevah do they do?

You called it, chil’ren! After a botched attempt to convince a rather computer literate society that this clearly programmed search/ignorant primate-based bullshit was a random glitch, the company reverted to the time honored tradition of the full color center spread 'we adore black people and specifically black film and are dedicated to diversity with every cell in our craven corporate body' advertising placement in a black publication during Black History Month!

Check out the February edition of Essence Magazine with a certain Ms. Hill on the cover. Flip to page 125 and read all about Wal-Mart’s celebration of black film and black filmmakers! And on page 128? Yep, a plug for Walmart.com where you can find Lean on Me, Shaft, Chisholm ’72 and Spike Lee’s X! 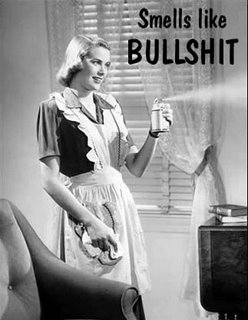 Lawd, this multi-paged advertising is screaming to me..."See our commitment to diversity?!?"

"Witness our dedication to all things related to black film?!?!"

Ahhh...the soothing call and calming scent of instant diversity through skilled crisis managment marketing that can only mean it's Black History Month in American!
at February 02, 2006

Blogger already creates an RSS feed for you. Is there something specific beyond the basic that you want your feed to do or have? If you give me some specifics I can help you out. (michellej AT gmail)

Well shit. What the hell? Lawd...a bitch shall e-mail you and describe the situation...

Hmm, I was going to say the same thing, you already have an RSS feed.

I just had the same issue resolved for me (by someone else), and I'm not quite sure what magic made it work or what, if anything they did. And what's scary is that I have an IT-ish job.

Glad you got your feed and your NARAL icon to work!!!

They say that when a certain company comes to town, the welfare rolls go up. Just one more reason for my personal boycott in addition to slave wages, no health insurance, no worker rights, sex discrimination, anti union, . . .

Hey ABB! How are you?

So, I'm glad you talked about the essence magazine and walmart thing. We've all been witnessing it for years. It's just as bad as the Abercrombie and Fitch (and the like) gay-window advertising. Where clearly, we are shaping the minds, attitudes and spending habits of a specific cultural group. Gotta hate it!

Hope all is well with you!

Yep, running a personal thing against Walmart also. Just something not right about them. They give me the heebie jeebies. What should be done about Essence though? We wouldn't have to suffer that affront if Essence showed a little integrity, turned down some of that money or educated the sweet folks at Walmart. Essence is not anyone's activist information source but they had to see the ignorance in the Walmart advertising offer. Walmart is not a defender of anyone except themselves. Of course, Walmart is guilty of being stupid and ignorant in both instances. Essence, by it's actions has shown it's greed and an apathy for the dignity of the people it claims to support. Who's worse?

Unfortunately, Essence (and BET, for what it's worth, literally, which is arguable), aren't Black-owned anymore, and are probably less inclined to rock the boat, if you will, and tell megacorps like Squall-Mart to bite it.

There was a pop/dance tune in the late 90's that I think sums it all up:

I must be either showing my age, or that I have a memory for some of the worst music.