Just another day of the Missouri GOP acting a fool...

This is the last week of the 2012 Session of the Missouri Assembly. 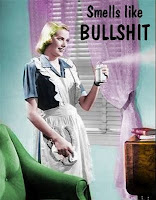 And it’s a damned shame to look upon a legislative session as something to endure…to see elected officials as the enemy set to do you harm…and to wait anxiously to see what insulting public display of hating the masses they’ll come up with next.

That brings me back to this being the final week of session, yesterday’s public display of lout-based boorish ig'nance, and the alarming fact that state legislators still have four days left to show their natural ass.

I’ve made no secret of my disgust over Speaker Tilley’s plan to honor Rush Limbaugh in the Hall of Famous Missourians at the Capitol.  Limbaugh represents everything wrong with Missouri…racism, sexism, the ability of rich people to circumnavigate the criminal justice system while poor people convicted of the same crime languish in jail, and a tendency for the money elite of the state to bedazzle poor residents into voting against their own best interest through a manipulation of so-called social value issues.  But the same things that make me know Limbaugh is unfit for any honor at the Capitol are the very things that make those who benefit from that bedazzling at the polls want to honor him.

And so they have…in a partisan “ceremony” saturated in wrongness, reeking of political pander, and closed to the public despite the fact that it took place in the middle of the damn day during the final week of session on the floor of the Missouri House of Representatives.

Limbaugh arrived with 40 state troopers (did my tax dollars pay for that?) and was smuggled into the Capitol where Republican lawmakers and their staff greeted him much like North Koreans used to greet Kim Jung Il…and then Limbaugh was honored at an invitation only ceremony on the House floor that was closed to the public.

I can’t help but see yesterday’s theatre as metaphor for the 2012 Session.

It brought embarrassment and ridicule upon the Missouri Assembly, was done behind closed doors and the people were denied entrance…and the sole purpose appears to be kissing the ass of a rich white man who likes to spend his days insulting women, making racist jokes, bullying gays, calling for harsh legal repercussions for poor people convicted of drug crimes while feeling entitled to a pass his own damned self, and generally accomplishing nothing only to call it a day, grab a stogie, and kick back with the boys to make more racist jokes, laugh about how they bullied those gays (good times!), and then stroke their guns while muttering about how brown people are going to come flooding over the Missouri/Kansas border bent on steeling their liberty.

According to the account of this in the KC Star, the speaker of the house responsible for Limbaugh's induction said that all the secrecy and exclusion of Democrats and MO Highway Patrol officers guarding the locked doors was because "We wanted to make sure Mr. Limbaugh and his family could attend and were treated respectfully."

As your last paragraph so eloquently makes clear, respectful treatment is not something one expects to hear about in the same sentence with Rush Limbaugh.

Rush is the mental runt in that family, too lazy and/or too stupid to get a law degree, the law being "the family business".

I'm seeing a ninja-clad person at wherever they put that statue. It's guarded, of course, but the traditional fog of sleeping gas, not to mention the muscle relaxants in the hamburgers, have rendered the guards rather less conscious than the bosses would like...

Next, through movie magic planning, any security camera is showing a number of nude dancers of various genders in case the soporifics don't work...

The person in the matte-black jumpsuit drills a small hole into the statue of Mr. L (it doesn't matter where, since the statue is as hollow as the man) and inserts a package of time-release rat feces...

and a spoonful or so of butyl mercaptan.

The cat burglar departs and all that is left is an interesting and rather pervasive stench emanating from Mr. L.

As would happen if poetic justice prevailed. Fortunately it doesn't.

I'm thinking that lady in your picture is going to need more than one can to get rid of all the bullshit thrown around this session. =)

How godawful. Makes me sick.

Angry...I regularly enjoy your site...Perhaps you might take a look at my site.
http://diaryofanegress.wordpress.com.
I wrote a post about Mr. Limbaugh just days ago.