By Request: Some thoughts on the “47 million Americans” public display of private buffoonery…

I had the pleasure of witnessing the latest Mitt Romney verbal malfunction unfold with a certain C-Money.  We were hanging out in our couch-based lair, checking Twitter and dropping snark for hours. 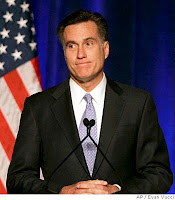 For those who missed it, Mother Jones broke a story complete with secret video (oooh, damn near Nixonian!) of how Mitt Romney talks about the masses when he thinks he’s among like-minded uber rich folk.

By “masses”, I mean the 47 million Americans he was caught on tape saying he could give a flying fuck about.

Yeah, that bit about the taxes made my Afro hurt too, until I realized that discussing regular people paying taxes with Mitt Romney would be like chatting about how expensive groceries are with [insert any Romney here].

Odds are Mitt Romney hasn’t bothered to learn how payroll taxes work because he never had any intention of keep workers on the payroll long enough to be taxed.

Anyhoo, at some point I mentioned how Lee Atwater would have handled Romney’s late night press conference…and that’s when C-Money demanded a post on this shit.

So, here are my thoughts.

Watch it….watch it, damn it…catch that knee before you hurt somebody!

Lee Atwater was a dirty motherfucker…so dirty he was a master at modern political dirt distribution…but at least he was good at that shit.

When race-baited your ass, his hook had some serious unambiguous rancid ass bait on it. Lee put together campaigns that hit their mark with painful accuracy…causing outrage on the side he could give a shit about and inspiring cheers from the group he wanted to hear cheering.  was up in the head of the voters he needed to get the joone…the job being to get [insert conservative nightmare here] elected.

Now, we’ve got Mitt Romney fumbling through fundraising talks trying to be all delicate about saying that if he were Latino he’d have an easy time winning the presidency…after trying to arouse his bored as shit audience with watered down digs at 47 percent of the nation!

Mitt has insulted half the nation and managed to do so with such lame assedness that his base couldn’t be bothered to shrug.

One life-cycle of Lee was more than enough, thank you.

But if someone is going to pander to the baser needs of his base…and if doing so requires race-baiting elite ass dismissive comments about voters…hell, if a candidate is going to take his campaign from zero to absolute FUBAR in record breaking time the least he can do is make that shit interesting.

Hell, even the man’s scandals are like over baked flounder.

Gawd, what I wouldn't do for a Demon Sheep or two...

My wife thinks that how badly Romney's campaign is going is the kind of thing that makes people believe in a global conspiracy. She can't understand how something can go this wrong without there being some sort of larger agenda. I hate to sound like a writer for the World Nut Daily, but what if the election is a distraction?

What are we being distracted from? I have no idea.

i'm sure there will be some who will blame Hilary and the Little Rock Mafia.

Obviously, if you're paying taxes, you aren't one of the 47% that Mitt Romney happens to be right about.....those who don't want to give up their government funded.....everything.

This constant mantra that the only way to save America is to hate Anericans is as tiresome as folks claiming that the election of a man of color as President ended racism.

Give me something other than a talking point or move on.