I just read this editorial in the New York Times and I’m disgusted. 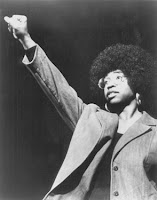 The United States Conference of Catholic Bishops is roaming the halls of power in Washington, DC…and, unlike the rest of us average folk, it seems they can easily get whatever they want.
A few years ago, they were drafting amendments to attack access to reproductive healthcare and I’m betting they never left the Hill…just camped out and kept working their relationships until an opportunity to impose their ridged interpretation of healthcare on us all presented itself.
That opportunity came in the form of the new Head Party In Charge in the House. Yep, House Republicans and the Bishops are BFFs…and they are now pressuring the Obama administration to radically expand the refusal clause in the Affordable Care Act (ACA).
The expansion proposed by the Bishops and their Congressional minions would mean that millions of women would then be denied access to affordable birth control.
And no, the Bishops and those minions do not have a point when it comes to religious protections in ACA. It already contains a substantial refusal clause that exempts certain religious employers that have religious values as the purpose of the organization, primarily employ persons who share the religious tenets of the organization, serve primarily persons who share the religious tents of the organization, and are nonprofit organizations.
And the choir asked… “So what the hell else do these Bishops and minions want?!?”
And a bitch replied… “Glad you asked, choir! They want to be able to deny access to affordable birth control to folks who work at a religious affiliated hospital, school, charity or university. We’re talking about nurses, secretaries, teachers, and other workers.”
My people call that "wrong".
A few weeks ago I wrote about the impact of expanded exemptions just like the one being pushed hard in DC right now. A family in Missouri had insurance through the Catholic school they work at…they have a child diagnosed with Down Syndrome and autism…Missouri passed autism insurance reform…the family sought coverage for needed and necessary therapies…and they got flat out denied.
Yes, denied…REFUSED coverage…and the reason cited by the Catholic affiliated insurance company for refusing to adhere to our state’s new autism insurance reform mandate…
…wait for it!
They are exempt ‘cause they are a church.
Disgusted?
Good.
That’s what exemption feels like.
Disturbed.
Good.
That’s what over-the-top exemptions and going-too-far denials of coverage unfold like in the real world and in the lives of average folk.
The United States Conference of Catholic Bishops' control over policy development in America must stop and it must stop now.
TAKE ACTION - tell President Obama to reject this outrageous demand to eliminate birth control coverage for millions of women.
at November 17, 2011

There is only one solution to this. Become a church.
Really it's ridiculous what they get away with.

This is why the founding fathers beleived in separation of church and state. Organized religion in this country and around the world has become nothing more than political for profit organizations. And they should be taxed as such. They sell God like a blue plate special and practice discrimination at an alarming rate while hiding it behind religious dogma. The raked in millions preying on the gullible, the hateful and the obessed.They are out to to kill religious freedom in this country. They demand candidates jump on a religious bandwagon and claim alegience. They promote an active war on women by backing laws aimed at keeping women secured as second class citizens. And until we as women start putting up some viable candidates who are not afraid to run an adult campaign that is aimed at all Americans(not just feminists)we women are always going to be a target for those who seek to control our bodies, minds and souls.

It doesn't say here on what moral grounds they oppose these therapies.

Here's a solution - we fight back. Let's demand an end to the tax break on religion, to federally subsidized student loans for religious colleges, and to government funding for faith-based organizations. We'll make it very clear that if they attack our rights and freedoms, there will be consequences.