Hi y’all!
I’m on Day 3 of a 7-day data training…we’ve been going from 9am until 9:30pm each day…so trust that a bitch is tired as hell and cranky with it.
Anyhoo…shall we?
I’m catching up on the news and noticed this bit about a certain John Huntsman of the I’m Running for the GOP nomination and one day people may realize that shit Huntsmans and…well, wow.
I can only conclude that a man declaring that he believes in evolution and trusts scientists in 2011 making news is the very definition of a motherfucking shame.
Huntsman’s tweet has been quite the newsmaker.
He sent out the following…
“To be clear. I believe in evolution and trust scientists on global warming. Call me crazy.”
And you would have thought it was 1633 and this was the trial of Galileo Galilei.
The press erupted.
Huntsman’s GOP competitors seemed bewitched, bothered, and bewildered.
And this bitch can’t help but wonder what the fuck the rest of the world thinks of a nation that has a major political party struggling to wrap their anti-knowledge minds around the fact that someone can identify as a Republican and believe in evolution and be religious and trust science. 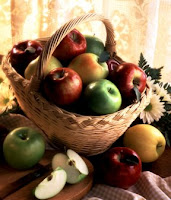 Really.
I’m mean…really.
Pause…sip coffee…continue.
At this rate, someone running for President of the United States will acknowledge Newton's theory of gravitation…
…by 2016.
at August 23, 2011

On the other hand, PZ Myers shared this...and I'm somewhat heartened by it.

Gravity is caused by the noodly appendages of the Flying Spaghetti Monster pressing down on your head and keeping you pinned to the earth.
Believe!