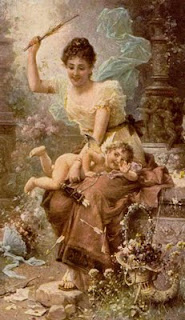 The Missouri State Legislature ended the 2011 session at 6pmon Friday…and this bitch woke up this morning still disgusted.
I visited Jefferson City several times this year, walked the halls under the dome to advocate for a return of comprehensive sex education to Missouri schools and support of programs proven to reduce the number of unplanned pregnancies and sexually transmitted infect rates.  Like many Missourians who visited the Legislature, I met with a small number of dedicated lawmakers working on behalf of the common good…and I watched as those champions tried to hold back the tide of bullshit in the midst of the never-ending political theatre that took over Jefferson City this year.
The same GOP that gained an larger majority in the 2010 elections swiftly morphed into a herd of feral cats once they set up office.  In the Missouri Senate they indulged in childish infighting and pathetic posturing.  In the House the GOP majority stumbled about like toddlers struggling to learn how to walk.  Both chambers wasted the people’s time while on the people’s dime, managing to achieve statewide unity on the overwhelming conclusion that this session was the very definition of fubar.
On Friday I listened in to the House and Senate, wincing as conservative lawmakers blustered and blathered on while sort-of attempting to close out key legislation they spent months allowing to mold on the shelf.
Nearly all education bills died.
Legislative attacks on worker’s rights, which had taken up way too much time, thankfully sputtered out at the end.
Legislators failed to overhaul the state's economic development programs or add hundreds of millions of dollars in incentives for a foreign airfreight hub in St. Louis.
Confession - having witnessed the legislation they actually managed to pass, I think we should all be grateful that they didn’t get ‘round to fucking that other stuff up too.
Their highest priority should have been the economy.  But legislators chose instead to pass more restrictions on abortion, overturn the will of the voters for puppy mill regulations, and indulge in filibusters based on the bizarre notion that refusing federal stimulus funds for unemployed people would emancipate working Missourians from the tyranny of slavery.
And as I ponder my disgust over the rancidity and bullshit, it occurs to me that these same underachievers will be back next session for the Jersey Shore-esque reality show that is the Missouri State Legislature...Absolute Fubar Season 2.
And the choir sang… “No mas, no mas…NO MAS!
Blink.
at May 16, 2011

I live in Oklahoma. I feel your pain. And I wonder what the hell we can do to wrest our respective states back from these people.

To be honest, I don't follow your blog, I'm single minded in my posting- Please remind your audience that Hassani Campbell from Oakland, CA is still missing, since 2009; local altars have come down, but he is still in our hearts. God bless Hassani.

Count blessings. Here in Wisconsin, I'm afraid they're going to pass every damn bit of it.