Pondering the faces in the crowd…

I love the crisp air…the trees sporting their glorious fashion-forward colors…and, of course, the return of NHL hockey.

Yeah, I know…he’s insulting, annoying and suffering from the late stages of assholia.

He’s also everywhere…damn near unavoidable…more over-exposed than Beyonce was when she sang every damn song during the Oscars (wince).

The media may feel that President Obama is everywhere all at once, but this bitch thinks Beck’s exposure beats Obama’s by a mile…and that’s saying something.

Now, a bitch has certainly enjoyed ranting about Beck on this blog in the past.

‘Twas just too easy to let thy knee fly…even though Lawd knows that plays right into Beck’s principal hustle of say something rancid, get a shocked and disgusted response and then sit back and film a series of shows centered around how everyone hates on you so you must be doing something right.

Anyhoo, I woke up this morning with a new perspective. A few weeks ago I watched A Face in the Crowd with Brother Rob Thurman (fantabulous movie, by the way…a bitch gives it 4 ½ Afros out of 5 on the bitchitude movie scale). 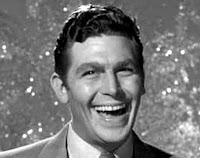 Rhodes…a face in the crowd who is revealed to be an opportunistic parasite-based creature that has been elevated to unimaginable multi-media power because he appeals to the public’s longing for a return of oft cited yet rarely described good ol’ boy small town values. The people behind his show see him for the rancid knave that he is but they continue to fuel his rise with their writing and producing talent because they’re success is tied to his success.

A Face in the Crowd boasts a fantabulous performance by Andy Griffith that changed this bitch’s opinion of his acting talent…big time!

Waaaaaay back in the day, people…and Hollywood had already caught onto the cycle of powerful media personalities who offer commentary on social issues heavily laced with the kind of “aw shucks” and “I’m just an average American like you” bullshit that appeals to a population that prefers to idealize the mythical past mostly because they feel out of touch with the present and fearful of the future. A Face in the Crowd differs from Citizen Kane in that Lonesome Rhodes’ character rises to the top on the hustle alone, rather than inherited money. His

power comes from his ability to appeal to his audience…and that appeal gets him fame and money and more power and more fame and then more money and then even more power until…well, I don’t wanna fuck it up for you if you have yet to see the film yet.

Anyhoo, a lot has changed since 1957 but the hustle sure as shit hasn’t.

I’ve witnessed the rise of many a Lonesome Rhodes-esque individual in my lifetime. It seems that our modern rapid-fire multi-platform media culture was designed for that kind of character. A few years ago what’s his name…Lawd, I had to Google the motherfucker ‘cause I couldn’t remember…mercy…umm, Bill O’Reilly was the shit. And then Lou Dobbs was being talked about as the second coming…until he started going off script and people realized that he was just another social conservative dressed up to look like Barry Goldwater.

Limbaugh is holding strong in the game with his radio-based revival of Morton Downey Jr.’s trash television formula…complete with tobacco products and loyal disciples.

These figures change out every now and then but the hustle stays the same just as the desire of some to consume the product remains constant. 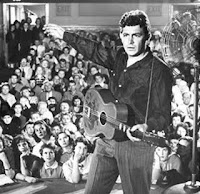 The Lonesome Rhodes of the moment, whoever he or she may be (I’ve often thought Sarah Palin’s made for television persona is a lot of Aimee Semple McPherson with healthy portions of Anita Bryant tossed in), rants and raves…puts forth the lie that only their supporters/listeners/viewers are hard working, tax paying, law abiding, community supporting Americans…then layers on a lot of well produced speculation and cool camera angles (Lonesome had that nifty sound machine and a studio decorated to look like the country)…and those folks who want the believe that the rarely defined but oft cited “traditional America” is under attack find comfort in hearing that the rarely defined but oft cited traditional American is under attack over and over and over again.

…even though I do suspect that the Lonesome Rhodes-based defense of traditional hustle may be the only tradition these hustlers will ever defend.

Keith Olbermann has been referring to Beck as "Lonesome Rhodes" for months now. When Beck comes on TV now, I half-expect him to be selling Vitajex.

That's what I get for missing Olbermann's show for the past several months!

A bitch is slow...just hit me.

But I too would not be surprised to see him in a Vitajex commercial soon...

I enjoy your posts so much!

Oh my your afro must be hurting big time. Remedy = 1 vodka cran...QUICK!!

AMEN, girl! Fuck, you are on fire.

Yesssss, Beck is just another Lonesome Rhodes, but remember what happened to Lonesome when he thought the mike was off and he ran his mouth? I can see the same scenario happening with Beck because he also thinks he knows EVERYTHING, everybody else knows squat. Like Lonesome, Beck one day will also be a has-been.

OMG, a bitch thought she was the only one who felt that way. That Glenn Beck is a true asshole, like my momma used to say: A Giant Jackass.

You want to be really embarrassed? The mayor of our fair Mt. Vernon WA is giving this tool the keys to the city.... we're so ashamed.... and pissed off! ... that this asshole will be forever associated with a sweet little town that had the misfortune of being his birthplace.

Beck is a tool for the Left vs. Right, Liberal vs. Conservative puppet show that most people live in. I liked your article; you present good arguments about how media is used to control the mob. Instead of political commentators arguing with each other, how about we get to speak directly to the public servant as we can in town hall meetings. A good politician will be able to manipulate her/his audience, and people like to have their ears tickled with things that make them feel better. I think most people want to live in peace with their neighbors and people with an agenda need to create hatred or else we would have no need for a government.